In preparation for the big launch! 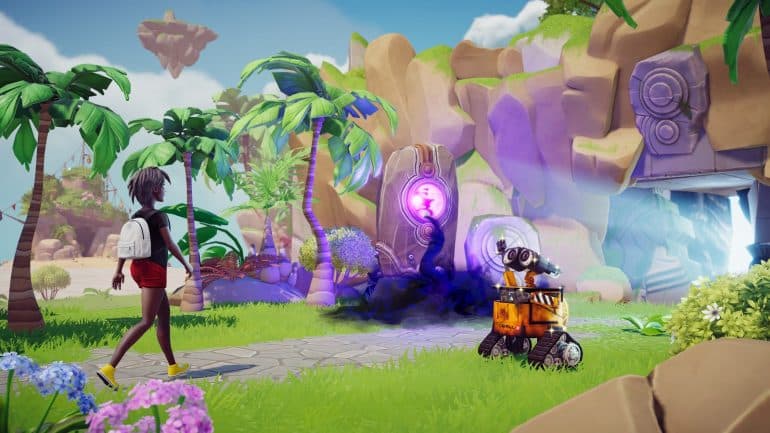 According to the newly released patch notes, today’s latest patch is in preparation for the second free major content update Missions in Uncharted Space. It introduces improvements, optimizations, and bug fixes. These are based from community reports and feedback.

– Celebrate the holiday season with a brand-new Festive Star Path.

– Previously unlocked by players in our Wishlist Campaign – the first Character Skins are available in the Valley! You can find two new ‘Dreamlight Styles’ for Merlin and Mickey available in the Festive Star Path.

– Further your friendship with Minnie Mouse and WALL-E by completing their level 10 friendship quests.

– Keep an eye out for brand new enchantments for your Royal Tools – specifically the shovel, fishing rod, and pickaxe – which will help increase your efficiency while digging, fishing, and mining.

– We’ve added a Day/Night toggle so that fans from every time zone can choose to enjoy Dreamlight Valley’s sunsets and sunrises as they choose! This is a visual change only, and will not affect gameplay.

– Worried about the environmental concerns of leaving your lights on in your home? You can now toggle floor/wall lights on and off.

– You can now hang out with Ariel! We can’t wait to see your adventures together.

– A special frame item has been delivered to players’ inventories, letting you show off your favorite Memories.

– We are now fully compatible with Steam Deck and verified by Steam.

– Optimized game stability on all platforms. In particular, we put a considerable focus on optimizing the experience on Nintendo Switch, which players should find smoother now. We will continue to evaluate the performance of each platform and push for further improvements and optimizations in upcoming updates as part of Early Access.

– It’s getting chilly outside, so we’ve updated many of the fireplaces in Dreamlight Valley to allow you to manually light them. Exceptions include the Horned Tavern Fireplace, Cozy Fireplace, Antique Furnace, and Celestial Fireplace.

– Kristoff has expanded the inventory of his stall to include a wider range of items (Pssst… there may be some iron ingots in there).

– Improved wood distribution across all biomes. This change will make it so that the wood you find in each biome feels less random. While spawn rates will be slightly less frequent than before, each biome will now have a fixed set of wood that can spawn and will appear in consistent amounts, taking the guesswork out of gathering.

– Buffed critter stomachs to allow for even more treat sharing. It is now possible to feed critters multiple times per day.

– Improved the loading of in-game assets to provide players with better performance.

– Deployed optimizations to reduce chances of frame drops which were caused by certain animations.

– Fixed memory leaks which led to reduced performance and crashes in certain circumstances.

– Improved Item limits feedback in Furniture Edit Mode by adding a second on-screen counter. The top counter tracks the number of different items placed in the Valley, while the bottom counter tracks the total number of items, including duplicates. This should provide more clarity when reaching these limits, as like before, hitting either limit will prevent players from placing any more items in their Valley – unique items or total items respectively – until they remove items to make space.

– All avatars now have the same animation speeds. Specifically, you will notice that crop watering and cooking animations have been updated to reflect this.

– We’ve confirmed that critters are not conspiring against you. Critters that have been befriended through feeding will now correctly appear in the Collection menu.

– Camera-shy no more! The avatar will now always look at the camera when in selfie mode.

– Fixed a soft-lock which sometimes occurred when pressing the Return to Title Screen button.

– “A Deal with Ursula” quest: Players who previously had picked up the Dark Crystal should now be able to complete the quest.

– “The Dreamlight Fountain” quest: The Celebration Ribbon will now be properly recognized when placed close to the fountain.

– “Part of His World” quest: Players who were encountering a blocker will find the Nautilus consumable has been given back, which should unlock progression.

– “Lair Sweet Lair” quest: When Goofy redecorated his house, he accidentally misplaced a quest-critical piece of paper. It has been recovered and returned to its expected position in his house.

– “Peacemakers” quest: Improved collision issues with palm trees to reduce the chance of Leader Shards and other items getting caught in them.