Are we getting missions in space? 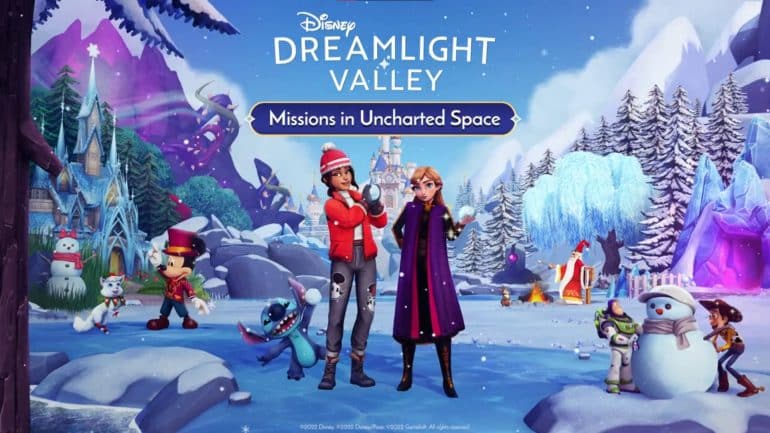 The next update for Disney Dreamlight Valley will arrive on December 6, 2022, bringing a lot of new content for fans to enjoy. It was already known that the Toy Story realm, this new hint that Gameloft provided on the official Twitter account of the game makes sense.

The Twitter post revealed that the next update would include Missions in Uncharted Space, which could be content related to Toy Story’s popular character Buzz Lightyear. Aside from the post, new key art was posted too. It shows various Disney characters including Buzz and Woody. It also has some special guests like Stitch from Lilo and Stitch.

What is interesting is Anna’s house that is featured in the image. Mickey and Merlin are there too in their outfits for winter. Anna could be involved in new story quests and the other guests might be as well.

More details will be coming in later on as Gameloft releases the official patch notes possibly in the coming days.

Disney Dreamlight Valley is currently in early access. It is available on PC, PS4, PS5, Xbox One, Xbox Series X/S, and Nintendo Switch.