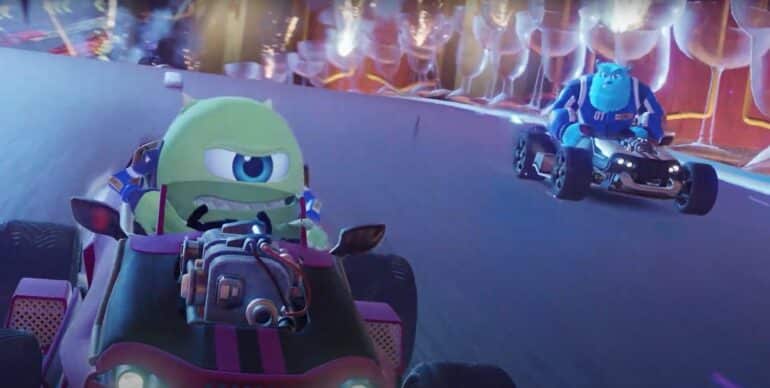 Disney Speedstorm is an upcoming free-to-play kart racer that features popular characters from Disney and Pixar franchises. The new trailer that got revealed during the Disney and Marvel Showcase features Pixar’s Monsters Inc.

The clip is a preview of the first planned update for the game. The new racers are from Disne and Pixar’s Monsters Inc, which includes popular characters Sulley, Mike Wazowski, Celia Mae, and Randall. It also highlights the Monsters Inc. inspired track The Factory.

Drift into the ultimate hero-based combat racing game, set on high-speed circuits inspired by Disney and Pixar worlds. Master each character’s unique skills on the racetrack and claim victory in this thrilling arcade racing experience from the creators of the Asphalt series!