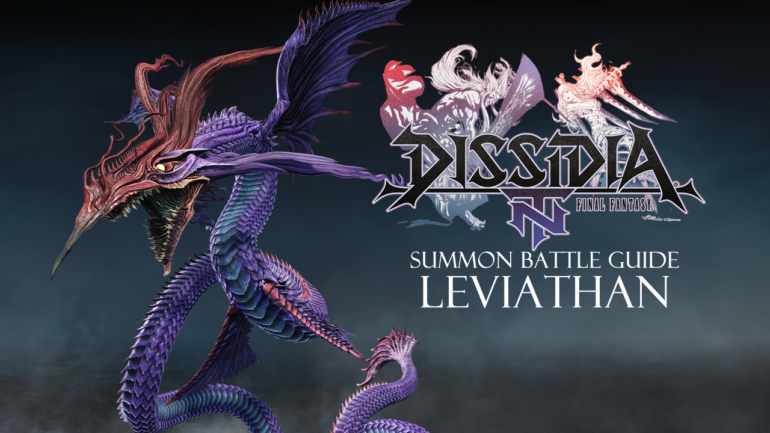 Summon battles are difficult boss battles in Dissidia Final Fantasy NT‘s story mode you encounter that will pit you against one of the summons available for you to use in the game. These encounters are different from your usual battles as you will have to hit the boss with a number of bravery attacks to stagger them thus making them vulnerable to HP attacks from your character.

In this series we will start on how to tackle our favorite deep-sea summon, the Leviathan, to help you guys out on how to beat this powerful sea serpent. 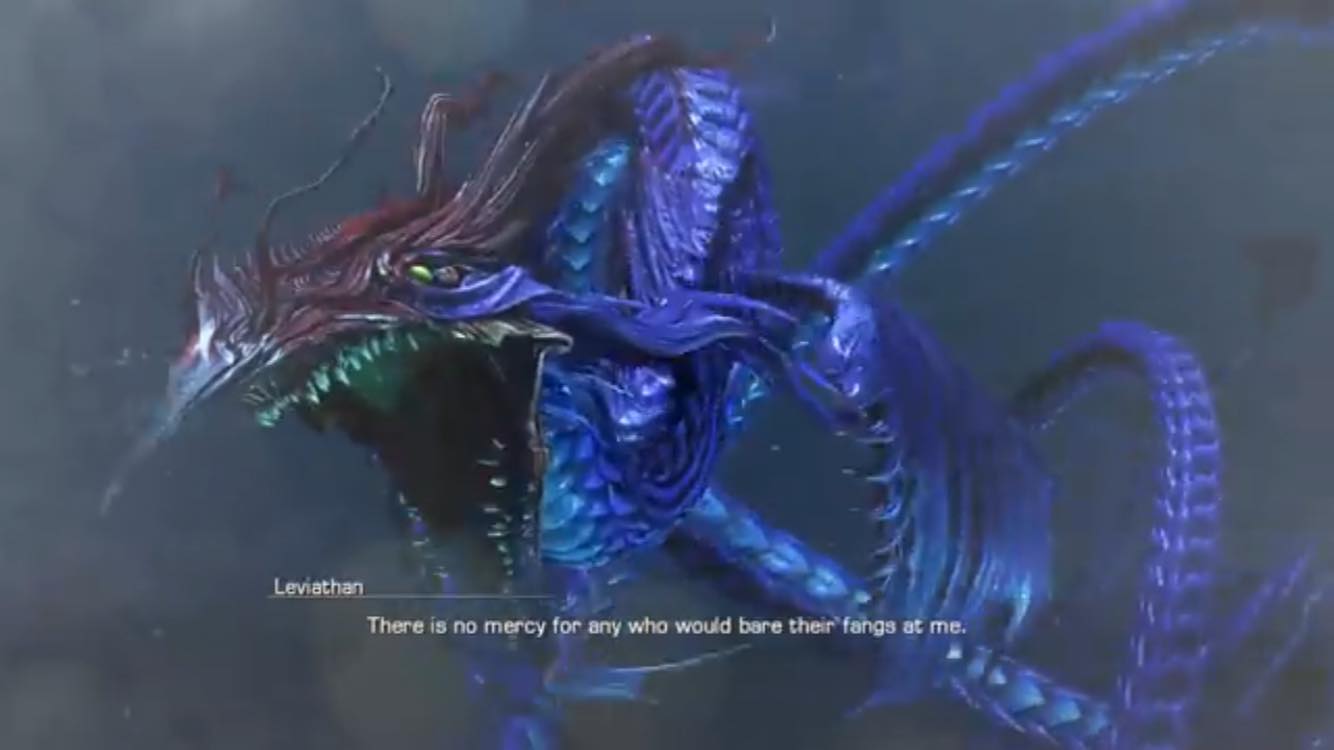 To start, patience is key in this fight as you need to observe the different attacks Leviathan showers you with. As most of them, you just need to dodge and defend yourself and two of its attacks I would call openings for you to dish a flurry of bravery attacks.

The best way to approach the battle is fighting Leviathan in mid-range as it is the best position to observe its attacks and for you to easily avoid by just dashing through them left or right.

The Leviathan’s attacks that give you openings are its HP Attack Gush where he shoots out a beam of water in a straight line by dashing through its side. This gives you ample time to do your bravery attack while he is still casting its Gush Attack. Another would be its Bubble Beam attack which is easily dodged to the side, and this attack has a good casting time that gives you openings to do bravery damage on it. As for the rest of Leviathan’s attacks, I would do little to no bravery attacks as there is not much time to react and do a dodge dash. 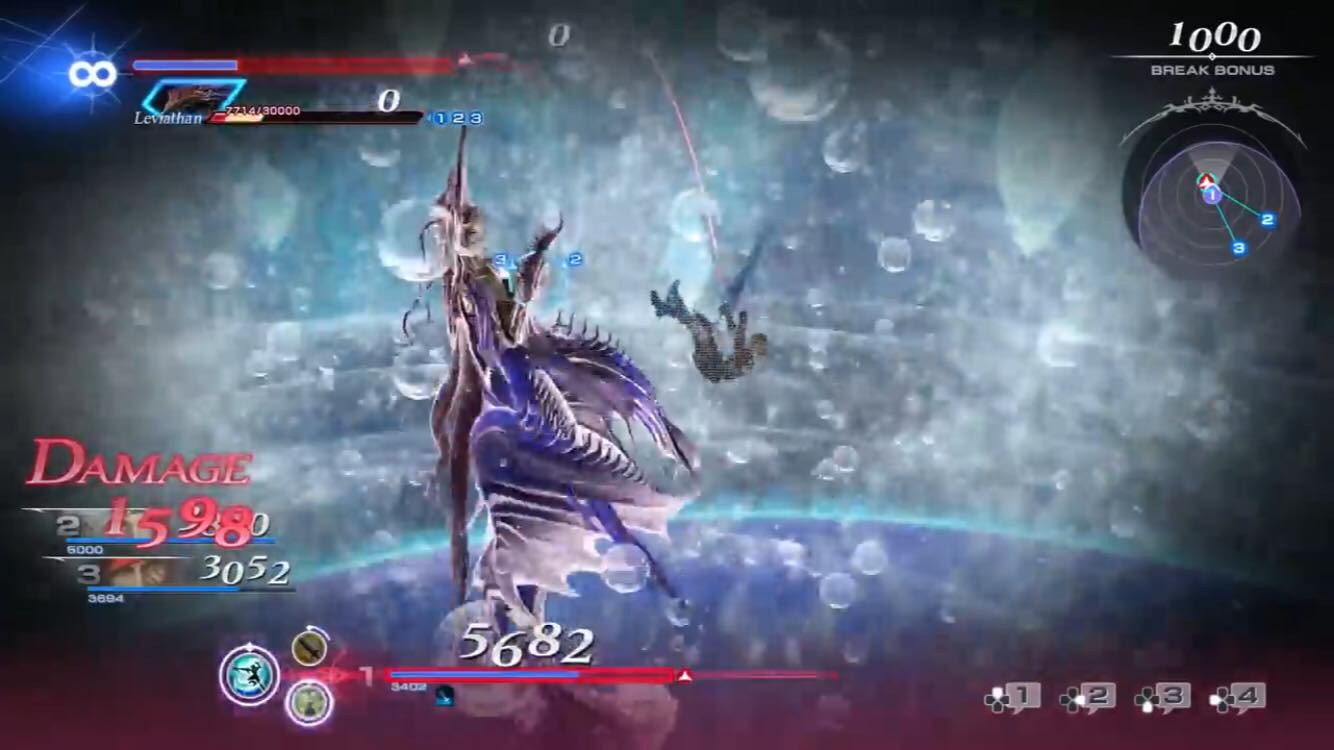 Some attacks to watch out for would be its triple Whirpool attack. This attack sprouts under your character three times and the best way is to get away from it as fast as possible since these whirlpools linger on the ground. It also has a vacuum effect on your character and spreads the spawn of the whirlpool. Getting hit by one of these whirlpools is dangerous as the Leviathan can easily follow-up with a devastating gush.

And another to watch out when the Leviathan’s HP runs below half, it has access to its signature tsunami and creates random whirlpools around the stage. When the Leviathan goes underwater to charge up its signature attack, it’s best to run away from it to a safer distance as this is a devastating HP attack that also has a vacuum effect and a wider range. 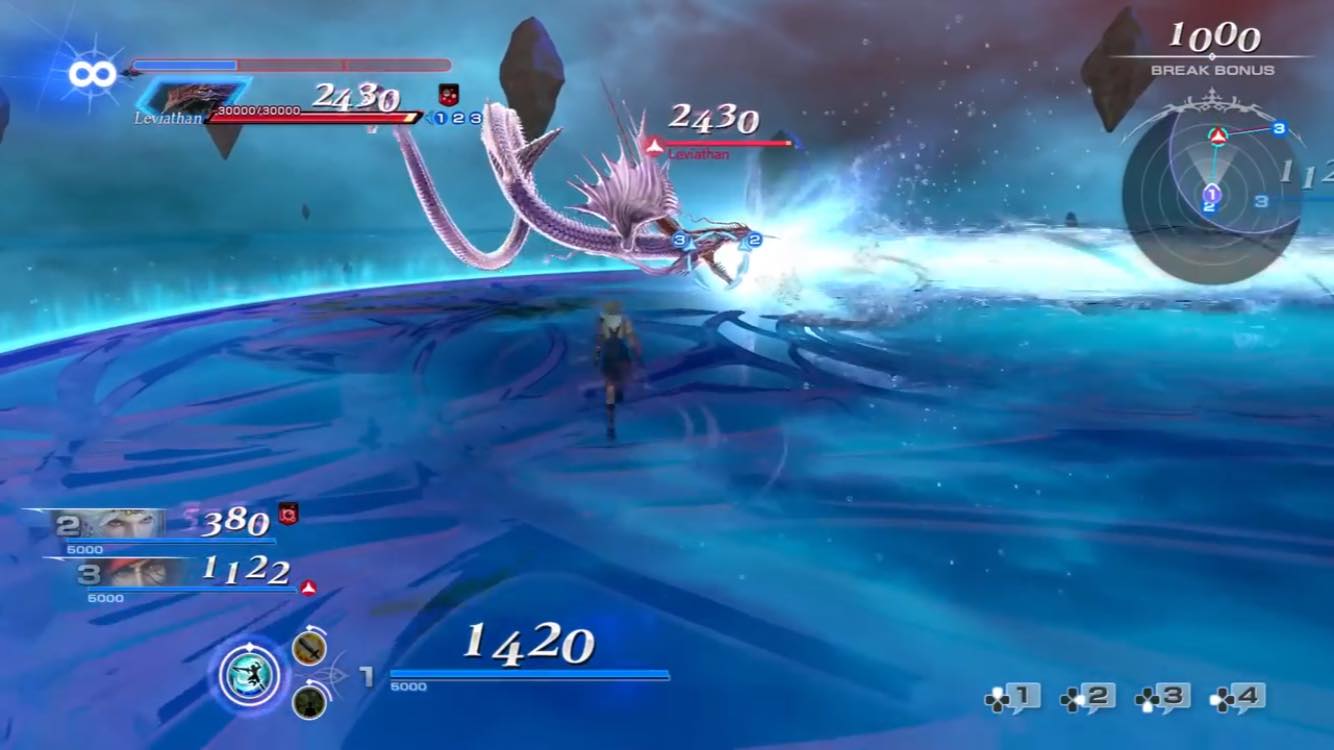 For me, the character that worked effectively in this boss fight was Firion; and the most effective bravery attack is the Forward Circle as it has a decent range. Every single time you have an opening on its gush and bubble attack just do the Forward Circle bravery combo and you should be able to finish this difficult boss fight.

Hopefully this guide will help you as the summon battles are extremely difficult in Dissidia Final Fantasy NT.

Dissidia Final Fantasy NT is already available on PS4. Please stay tuned for my review of the game soon!