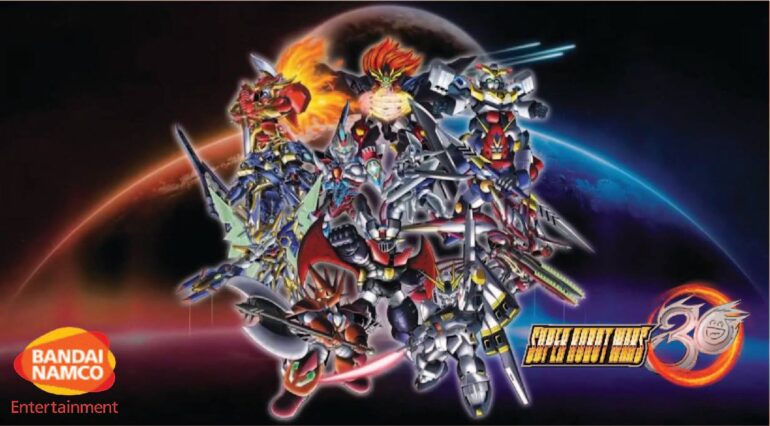 After the release of the gameplay trailer of Super Robot Wars 30, the DLC for the game was announced and many fans, especially those in South East Asia, will be delighted by the fact that content is available worldwide.

In the end of the gameplay trailer, a digital limited edition set was announced and it comes in two sets. The 1st one is called Digital Deluxe Edition where players will not only the full game but also a season pass and Bonus Mission packs. The other version called Digital Ultimate Edition where it has the same content as the Digital Deluxe Edition but has also Premium Sounds and Data Pack.

The Premium sounds and Data Pack contains over 31 anime songs and soundtracks from the series that will be joining in Super Robot Wars 30 as DLC including 15 original songs that will be debuting. Also, it contains a digital artbook set which can be accessed in the game where fans can look over the different designs of each mechas that appear in the game as well as additional background information and their history as well.

Not only do players get these wonderful surprises, but additional surprises will coming their way as those who pre-purchase the game early will get even more bonuses. The early pre-order bonus will have at least 6 bonuses, 2 of which are playable units from Super Robot Wars OG series, The S.R.X and the Cybuster. These two popular iconic units as well as their pilots will be part as a means to celebrate 30 years of the Super Robot Wars franchise. Players who have been loyal to the series will be overjoyed to see them in action once more. The rest of the bonuses contain additional funds, power parts, player points and additional bonus missions in which will prove to be helpful at the start of the game.

The season pass that was announced in the trailer was really something that fans didn’t expect. According to the developers and producers of Super Robot Wars series, they wanted to expand the universe of the SRW franchise by creating a whole new experience for players to enjoy. The season pass will have 18 additional units including 4 units from Super Robot Wars OG series. Chances are the 18 additional units are either new series or units can be found in the list of mecha animes that will join Super Robot Wars 30. Also included in the Season pass are special mission packs, power up items and funds that can be used in the game.

You can find out on Bandai Namco’s official SEA Youtube Channel. And across all their social media.