Popular returning titles make a comeback in SRW 30, with a twist

It would appear that Super Robot Wars 30 has more to celebrate than just 30 years of the Super Robot Wars series, as it recently won the Guinness World Record for the highest number of IPs included in a crossover RPG series. With this announcement and the gameplay recently shown, people are starting to be curious what series will be returning to Super Robot Wars 30, the latest installment of this historic series.

With that in mind, here are the series that will be returning in Super Robot Wars 30:

10 years after the great battle against the mad scientist Doctor Hell and his Underground Empire, peace has finally been attained thanks in large part to Kabuto Koiji and his allies using the power of Mazinger. However, buried deep below Mt. Fuji, Koiji encounters a mysterious life form named LISA hidden inside the giant statue known as INFINITY. With this new encounter comes a new threat, and a new fate awaiting humanity. Dr. Hell reveals himself after being declared dead in the past along with his henchmen Count Brocken and Baron Ashura.

Thousands of years ago, the people of the planet Campbell decided to leave their planet and seek out new worlds to inhabit. One group, led by the scientist Oreana, landed on Earth. Only to be delayed from their mission. In the early 21st century, Oreana’s group reawakens and begins their plan to conquer the Earth. The only effective defense against the Campbellians’ giant bio-mechanical slave beasts is the super-electromagnetic robot, Combattler V and its pilots.

7 years after the end of One Year War, the Earth Federation sets up an elite division known as TITANS to hunt down and exterminate ZEON remnants by any means necessary. Displeased with how Titans does its operations as it employs brutal and excessive means, two factions, AEUG (Anti Earth Union Group) and the Karaba unite together to take down the TITANS. Their group consist of renegade soldiers of the Earth Federal forces, former soldiers of Principality of Zeon, and militia from space colonies. Most notable are Bright Noa, who returns as captain of the Argama, Quattro Bajeena, who is really the legendary ace pilot of Zeon, Char Aznable, the “Red Comet” and Kamille Bidan, a 17 year old student whose resentment against the TITANS resulted in him joining AEUG.

Char Aznable, the commander of Neo Zeon, the rebels of outer space, firmly believe that humankind can only achieve peace by relocating to space. To do this, he plans on crashing the giant asteroid Axis into the Earth and plunge the planet into an uninhabitable winter. Char also eagerly takes this opportunity to settle a 14-year rivalry with Amuro Ray. The two have been reluctant allies at times, but Char has never forgiven Amuro for causing the death of one of his comrades during the One Year War. Only the Earth Federation’s Londo Bell Unit has the power to stop Char from fulfilling his dangerous goal. Leading the defense of Earth are veteran captain Bright Noa and Amuro Ray, with the latest Nu Gundam mobile suit.

In this thrilling conclusion to the original Gundam series, Londo Bell engages in a final conflict with Neo Zeon that will decide the fate of Earth and end this long-standing rivalry—once and for all.

After the Moon Wars, the pilot of Getter-1, Nagare Ryoma, was framed for the murder of the Getter Machine builder, Dr. Saotome, following the death of Saotome’s daughter, Michiru. However, he is released from jail and is reunited with his old allies on Earth, Hayato Jin and Musashi Tomoe. They have come to fight none other than Dr. Saotome himself, who has seemingly risen from the grave and threatens humanity with his ultimate creation, the Shin Getter Dragon.

The Shin Getter Dragon is a massive weapon powered by the same cosmic Getter Rays which gave life to their machines. However, their efforts to stop Dr. Saotome were in vain as nuclear weapons were utilized, resulting in a massive explosion and sent shock waves of Getter Rays. The aftermath wipes out 99% of the human population worldwide.

In the year 3990, the immortal Oldna Poseidal rules Pentagona, a war-torn solar system of five planets. Daba Myroad is a survivor of the Yaman Clan, just one of numerous native societies nearly wiped out by the villainous tyrant. Living on the remote planet of Koam with his friend Mirao Kyao, Daba takes possession of the L-Gaim, a humanoid mecha known commonly as a “Heavy Metal” and the last known relic of the Yaman Clan.

The pair befriend Fanneria Amu, an aspiring actress, and Lilith Fau, the last surviving fairy in Pentagona while on the run from a band of thieves attempting to steal L-Gaim. Daba promises to fulfill the dying wish of one of the thieves hunting him, an honorable act that leads him to the powerful merchant Amandara Kamandara. With their mission in sight, the ragtag group will face powerful adversaries and become entangled in a rebellion against Poseidal’s reign.

The story is set on the “Planet of Endless Illusion”, a place where rogues of all sorts gather. The protagonist, Van, travels the world searching for a man with a clawed right hand who killed his bride. He is joined by several other travelers along the way, each linked to the clawed man by a personal loss.

Hikaru Shidou, Umi Ryuuzaki, and Fuu Hououji are strangers brought together by fate when they meet during a seemingly normal field trip to Tokyo Tower. Accompanied by a great flash of light, they hear a mysterious woman’s plea to save “Cephiro,” and the junior high heroines are suddenly swept away by a giant flying fish. Afterwards, they arrive in an unknown land, where they encounter a man called Master Mage Clef who informs the girls that they were summoned by Princess Emeraude to fulfill their destinies as Magic Knights, restoring peace and balance in Cephiro. The formerly lively and peaceful land has been in disarray ever since High Priest Zagato imprisoned the princess, who acted as Cephiro’s pillar of stability.

The Magic Knights reluctantly accept Clef’s words as truth and embark on a journey to save Cephiro from the clutches of evil.

Code Geass: Lelouch of the Resurrection (2019)

The world has unified around the reorganized United Federation of Nations and has enjoyed days of continuing peace. But now, that peace suddenly comes to an end. Suzaku, while travelling as the masked man “Zero” accompanying Nunnally on her visit to a refugee camp, is defeated by a mysterious Knightmare Frame. And the two of them are taken away.

Following secret orders from Schneizel, Kallen, Lloyd and Sayoko infiltrate Zilkistan, the Land of Warriors, where they are attacked by a mysterious Geass user. In Zilkhstan, there is a person named C.C., known to the assailants as the “former master.” Within the indomitable kingdom that once conquered even the great army of the Holy Britannian Empire, what do the people desire? Hope or despair? The people of Zilkhstan Palace certainly know of Geass. What are they and C.C. planning?

The King of Braves GaoGaiGar Final (2000)

A year after the invasion of the Zonders and Mamoru’s departure to the Tri-Solar System with Galeon, the Gusty Galaxy Guard is tracking down mysterious black machines called Q-Parts which possesses high regenerative properties. The criminal group known as BioNet steels one of the machines that were being researched at CERN. Guy, who is now working with Renais-Kardif Shishioh and the biologist Papillon Noir to take back one of the Q-Parts from BioNet using GGG’s newest trump card: the GaoFighGar.

However, beyond the GGG’s concern over the Q-Parts, a familiar figure reappears and along with it, an upcoming calamity that would destroy the universe. Thus, the King of Braves is again dragged into a new conflict…

And thus concludes our list of returning series in Super Robot Wars 30. The game comes out October 28, 2021 for the Playstation 4, Nintendo Switch, and PC.

You can find out more on Bandai Namco’s official SEA Youtube Channel. And across all their social media. For more interesting reads on returning series and debut series, stay tuned to Sirus Gaming for more news on Super Robot Wars 30. 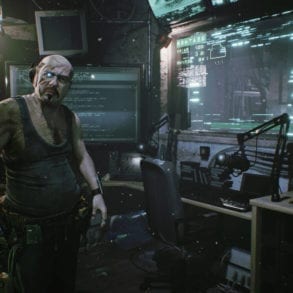