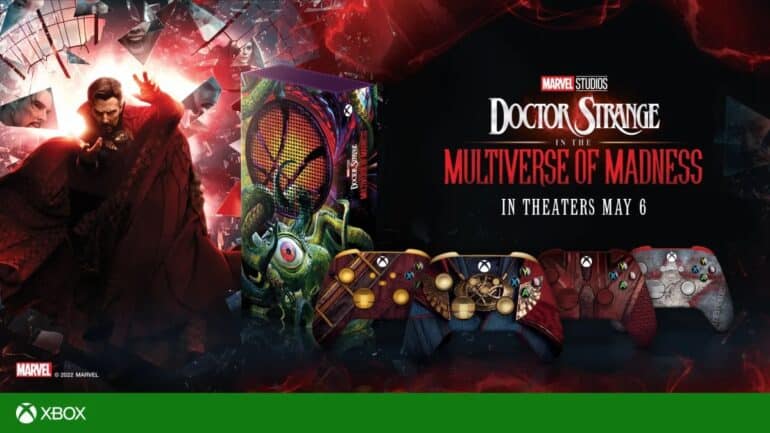 Microsoft has recently teamed up with Marvel Studios to create the limited-edition Doctor Strange in the Multiverse of Madness Custom Xbox console and controllers.

The limited-edition console will be an Xbox Series S and the controllers are Xbox Wireless Controllers. The designs will be inspired by key characters from the film like Doctor Strange, Scarlet Witch, Wong, and America Chavez for the controllers. Each controller will feature designs similar to the costumes of each character. For the customized Xbox Series S console, it will feature Gargantos, the giant, green, one-eyed octopus from another dimension.

In order to get these limited-edition items, fans need to enter the official Xbox sweepstakes tweet. Microsoft did not say it will be sold in local retail stores, unfortunately. Check out the terms and conditions here.

Marvel Studios’ Doctor Strange in the Multiverse of Madness will be in theaters on May 6, 2022 in the US while May 4, 2022 in the Philippines.