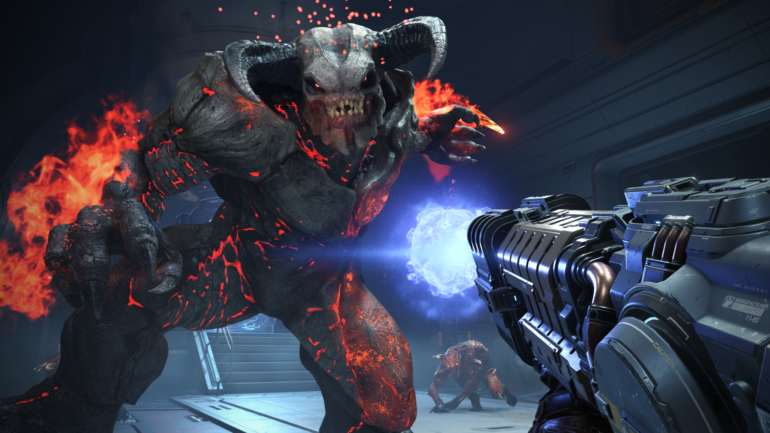 Composer Mick Gordon was praised for his awesome work on the 2016 version of Doom and the fans just loved the tracks he installed. The recent one, Doom Eternal, had some slight changes but everyone thought it was to make the game fresh and exciting. Little did everyone know that there were tracks there that were mixed without Gordon’s say, and he does not like it one bit.

Several fans with the gift of listening to soundtracks intently have discovered that the OST that came with the collector’s edition of the game had some weird mixing and the fans were not having it. A Twitter user named @thatACDCguy noted that there was a big difference between the original BFG Division from the 2016 version of the game and BFG 2020 remix on the Eternal soundtrack. The newer version had its instrumentation sounding too condensed, which meant for those who have the ear for this, terrible sounding.

This prompted Gordon himself to respond to this tweet and revealed that he had little to do with the soundtrack’s final release. He clarified that he did not mix those tracks and would not have done that in the first place. He did say that there were only a small number of tracks that he did mix.

Gordon revealed to a fan that he is not likely to work with any upcoming games of the franchise again, which dismayed many fans in the process. He also commented on a certain YouTube video that someone from the marketing of the franchise was piecing together a track without any musical knowledge hence the messy work.

So, if there is going to be a sequel of the Eternal game, the music will be different than what we use to hear. Maybe it will be great, maybe it will not, depends on how it will be mixed.