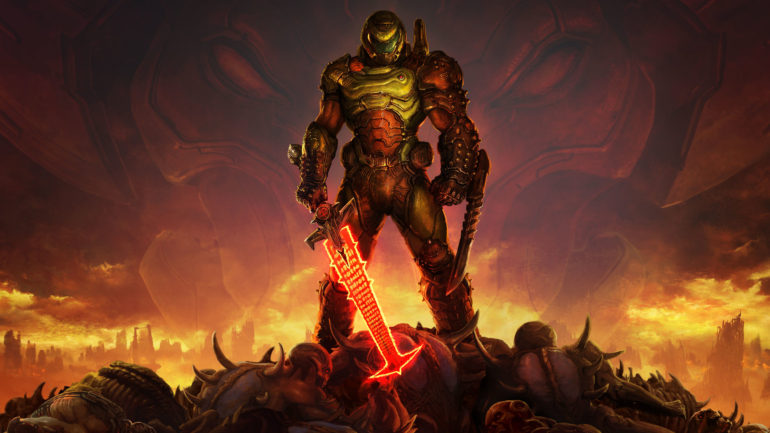 Many gamers out there do not particularly like the Denuvo Anti-Cheat feature due to the intrusiveness in a game. For example, it would slow down gameplay, break frames, and other annoyances that would break immersion. That is why a lot of them would voice out and complain to developers when they implement such features to their games. Id Software got that backlash and understood the pain they caused for the community.

One of the particularly annoying parts of this whole ordeal is that the Denuvo Anti-Cheat feature was added after the game was launched for a while now. This meant a lot of gamers already have the game installed in their PC units and they do not have the option to choose to not turn on this feature. They were forced to get this installed into their system since it is a kernel-level driver.

Executive producer Marty Stratton took to Reddit to explain that the feature will be removed as part of the next patch. He also shared the reasons why they had to implement it in the first place.

Our team’s original decision to include Denuvo Anti-Cheat in Update 1 was based on a number of factors:

Protect BATTLEMODE players from cheaters now, but also establish consistent anti-cheat systems and processes as we look ahead to more competitive initiatives on our BATTLEMODE roadmap

Kernel-level integrations are typically the most effective in preventing cheating

Denuvo’s integration met our standards for security and privacy

In the future if they plan to implement an anti-cheat feature for Eternal, they would like to consider giving campaign-only players the ability to play without the anti-cheat software installed. They want to ensure that the anti-cheat integration will be implemented instead for ranked or competitive play since the demand there is far greater.

Aside from the Denuvo Anti-Cheat removal, they also investigated and discovered some issues with their code related to customizable skins. They have found the problems and have now fixed them. There were also some memory-related crashes that they found and will install a fix in the next PC update.

Doom Eternal is now available on PC, PlayStation 4, Xbox One, and Nintendo Switch.