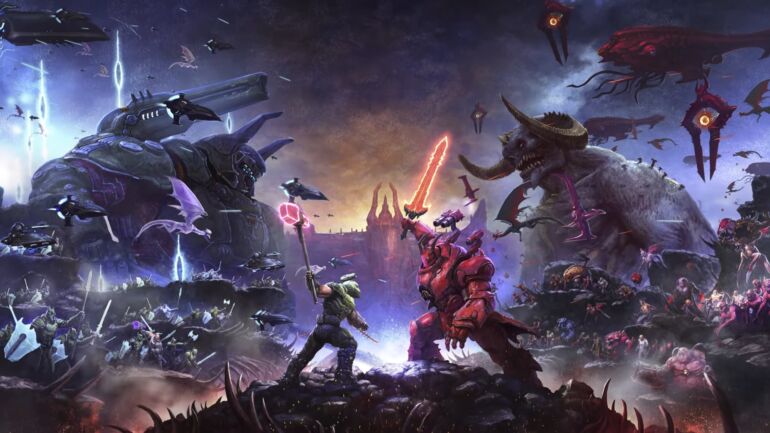 After being teased two days ago, the official trailer is now in full blast today. It features a glimpse of what to expect in the upcoming second part of The Ancient Gods expansion.

Doom Slayer seems to be taking a new journey in order to get some help to fight against the army of Hell. He is tasked to gain back the scattered armies of the Sentinel and claim what seems to be an awesome Warhammer to fight the Dark Lord, which seems to have the same look as the Doom Slayer.

Here’s the video description from the trailer:

You denied the gods and awoke an ancient evil. Now rally the scattered Sentinel armies, lay siege to the last bastion of Hell, break through the fortress walls, and face the Dark Lord himself. The soul of the universe hangs in the balance.

Your war against Hell ends here.

The trailer also shares new details of the Deluxe Edition, which includes the Year One Pass with both campaign expansions, the Demonic Slayer Skin, and the Classic Weapons Sound Pack. Great value and complete with all of the contents any fans would want to have.