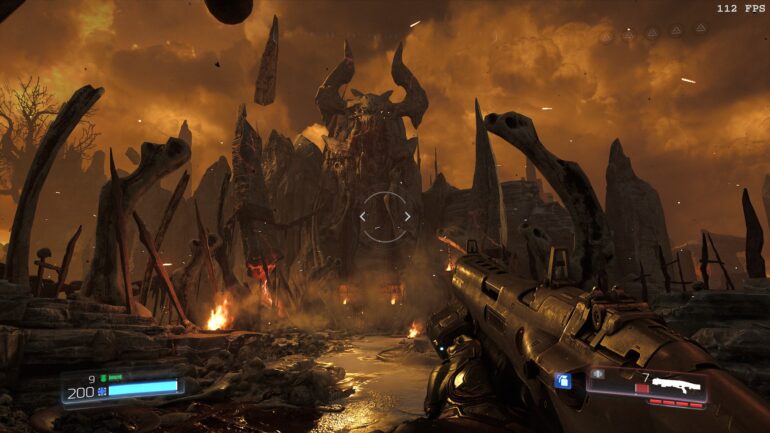 WELCOME TO THE WORLD OF HELL.

Better than ever, DOOM is now back with Doomguy, or his new name “Doom Slayer”, in a UAC facility on Mars crawling with possessed demons that are trying to kill the relentless warrior that almost destroyed Hell. Yes, you read it right: a relentless warrior. In this reboot, the Doom Slayer is known to be, in the biblical book of this hellish world, the guy that no monster or hellbeast want to mess with. Waking from a sarcophagus prison, you start off with a UAC-made Pistol to fend off the Possessed. You get into a room surrounded by candles and a demonic-engraved symbol on the floor to get your impervious-to-damage armor, the Praetor suit. 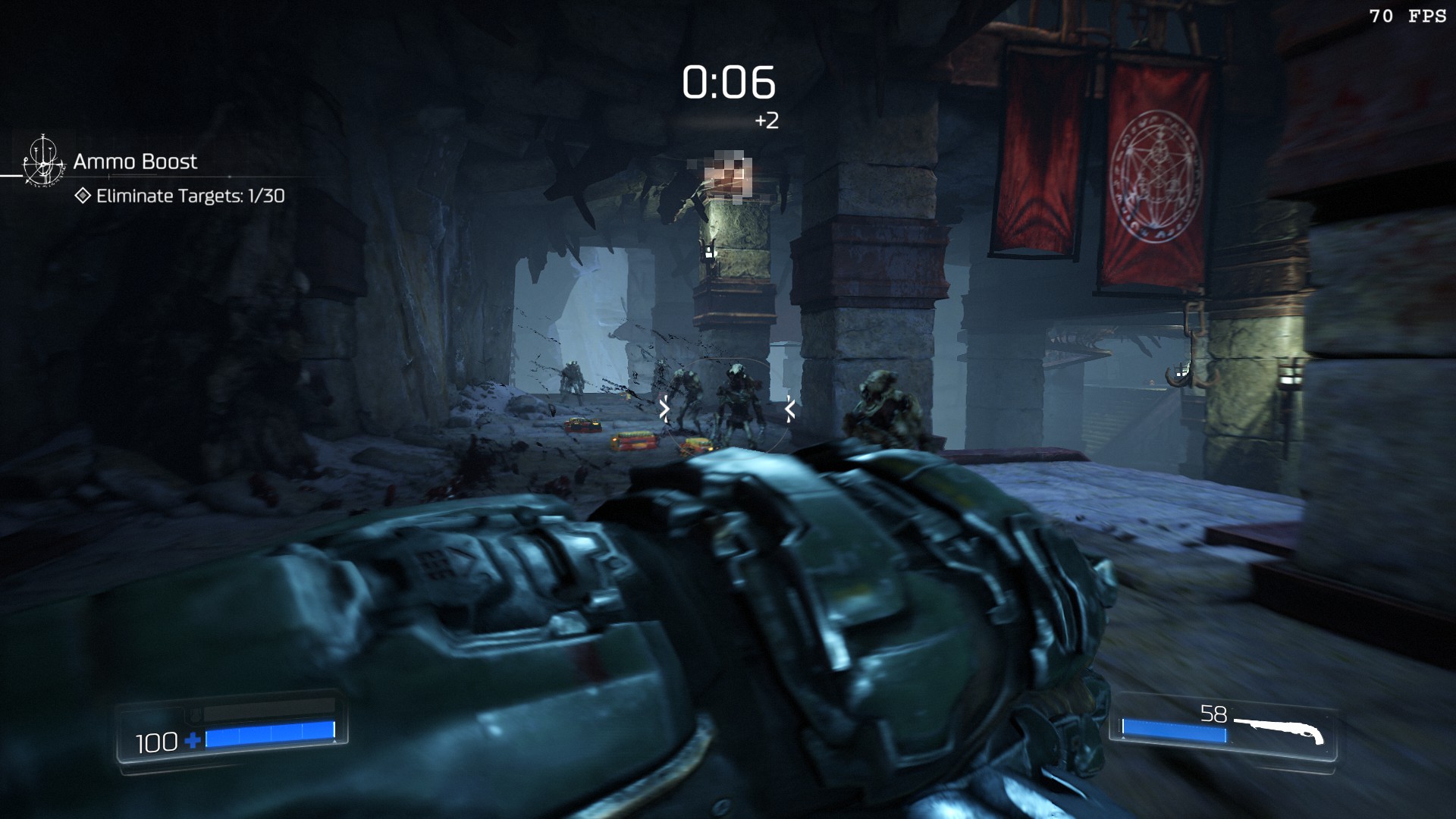 It was surprising that the game felt a little bit linear in terms of goals where I thought everything was conveniently given to you, and guides you to your objectives. However, this changed when I progressed through the game. There were obstacles wherein you had to explore the area to look for the good ol’ classic colored keycards. I had some challenges where I looped around the area to look for a way to get that blue-keycard to destroy a Gore Nest – a portal that transports monsters from the demonic world of Hell to Mars. It’s great that each level are open-ended, there are certain ways for you to just accomplish each objective, and you can do it any order you like.

Despite not having a plot-twisting or solid narrative, the solid core mechanic of the game covers its lack of story. DOOM retains some of the classic weapons we all know and love from the first DOOM. You get to use the weapons with an added “mod” feature that makes it more fun and explosive. For example, the Combat Shotgun with add-ons such as Explosive Shots, similar to what we know as a “grenade launcher”, and Charge Bursts, which makes the weapon fire more than 3 shots consecutively.

The damage each weapon offers varies. Even with those mods added onto your weapon of choice, there are monsters that can withstand the damage you give to them. The finishing move is called a “Glory Kill”. You can only do this when the monsters are already in low-life state – ripping off the Hell Knight’s jaws off is surely fun to watch. Combat in DOOM is relatively enjoyable, fast-paced unlike DOOM 3, and easy to understand: You strafe, run, do Glory Kills, and shoot like hell. Doing Glory Kills can feel satisfying in the first few attempts, however, due to its killing style being done almost the same most of the time, the satisfying feel can awfully die down. 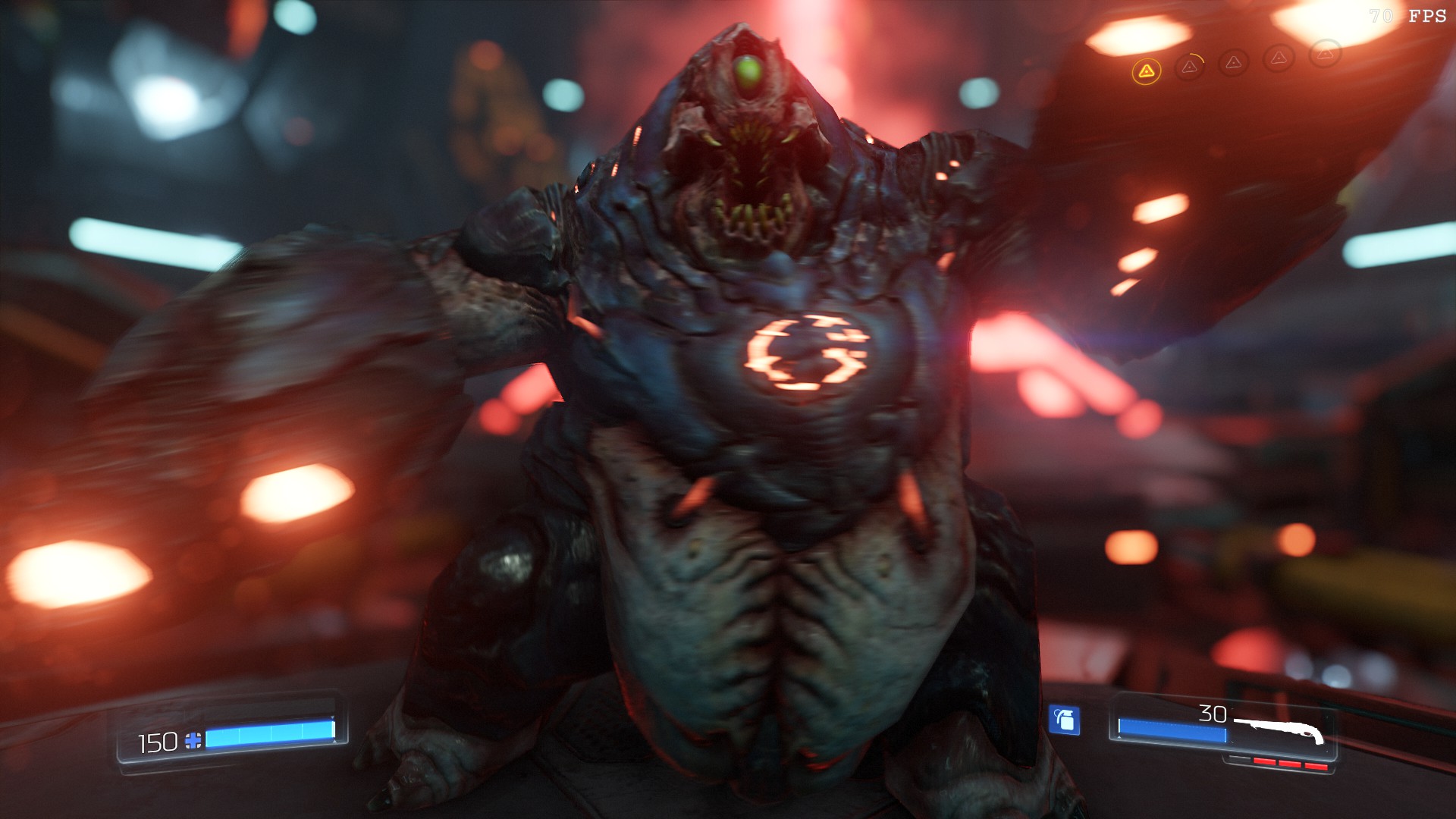 Graphically, the game is gorgeous. The models of the gun featured in the first DOOM has been rendered from 2D to high-definition 3D graphics. DOOM is bloodier and more brutal than Wolfenstein: The New Order. More guts spilled and heads smashed give the players one of the hellish experience in DOOM. It’s a masterpiece. The visuals of the top hellbeast, Baron Of Hell, is one that I truly adore. And that Cyberdemon visuals though, I’m very well astonished too. I was also impressed with the level of detail that each stage and locations have.

Comparing the graphical achievement that each preset configuration offers, the game looks similarly the same from Low to Ultra on 1080p. I ran the game on an R9 290X GPU and an i5-4440 with 16GB of RAM, there were framedrops from around 49 from 120 in the busiest moments in the game on High with VSync on. However, my current PC build can’t have a stable 60FPS on Ultra. Sorry DOOM 3, even with your horror atmosphere, the reboot is the modern DOOM that everyone was waiting for. 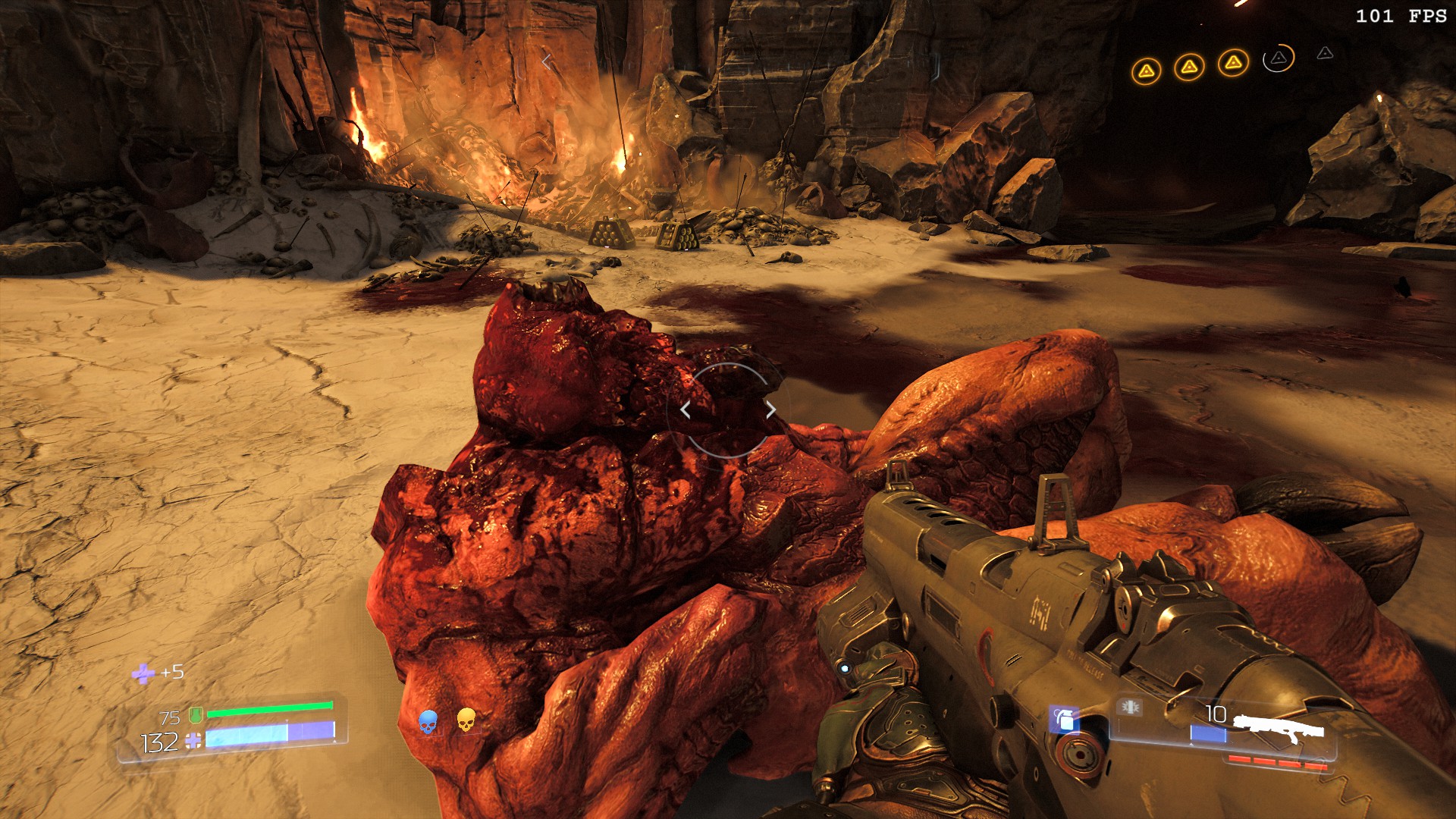 I wasn’t able to tackle the multiplayer aspect and even SnapMap since I only borrowed the game from a friend of mine who was kind enough to share his library – thanks Albert! But I was able to try out the Open Beta. Surely, it was horrible. Even if it tried to retain what Quake had, unfortunately it was poorly done because it lacked the sense of originality. No wonder Bethesda took off the DOOM Open Beta from Steam due to its “negative” reviews. Even so, multiplayer mode was “fun” at the first few runs but boredom strikes hard after; it did have funny emotes on the victory screen where you can let your character dance but it wasn’t really enough to cover its poor game design.

Putting aside the bad multiplayer mode and experience, DOOM was fun at best! It was fast-paced, and it was satisfying – that glory kill move on Baron of Hell was awesome. Graphics surely caught my attention. The world of Hell and Mars in DOOM is one place that every hardcore first-person shooter lovers would get into all over and over again. It was surely, again, enjoyable, and it didn’t disappoint me at all. Pretty much I’ll buy the game on the PS4 in June!

This review is based on a retail copy shared through Steam from a friend of the author.