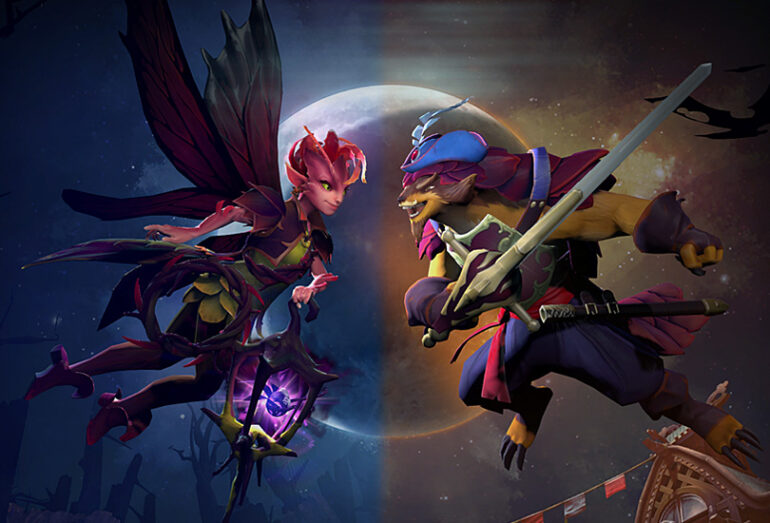 Ever since the promotional video of the Dueling Fates patch that was introduced during Dota 2’s biggest annual tournament known as The International, everyone has been hyped up about the major changes that would take place. As of November 1st, the patch as been released and these changes would include parts of the map being altered, hero skills and talent trees being reworked, old items being removed,  new items being added in and much more. But the one thing that caught everyone’s attention ever since the patch’s announcement was the inclusion of two new heroes. 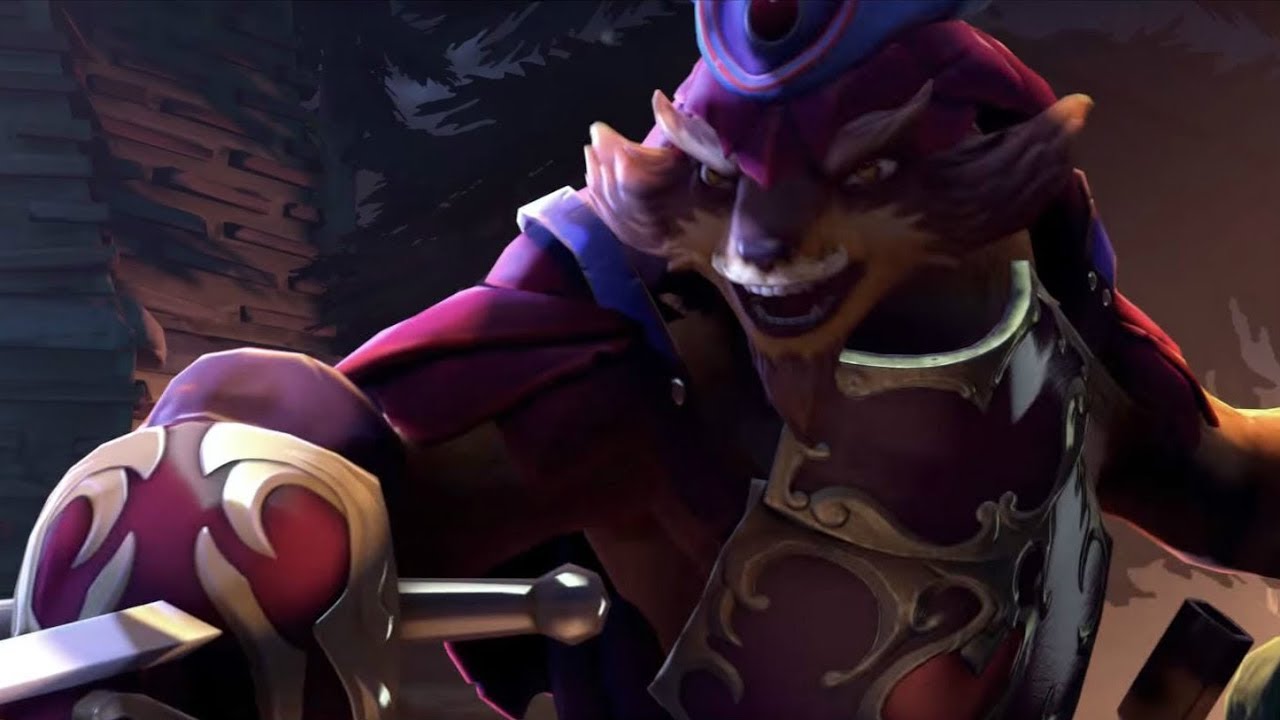 The first of these heroes is Donté Panlin, also known as The Pangolier; a bold and suave armadillo-like creature that hails from the tribe known as the Nivan Gallants. While him and his race  adhere to the life of swordplay, and tawdry romance, even Donté Panlin’s eccentric nature has raised a couple of eyebrows from his own kin. So while walking along the path that he has set for himself,  he still carries on his with his ever-outlandish personality by going about and slaying any opponent that would dare stand in his way or he finds time wooing females from just about any kind of species.

He is a melee agility hero whose aggressive skills are best suited for players that can quickly farm up gold and gain item advantages. This is the also the first hero that has the first and only vector-targeted ability in Dota 2 known as Swashbuckle; a skill that allows him to dash along a targetted line and slash at enemies in quick succession within the drawn direction. Not only can this skill be used offensively, it can also be used to disengage out of combat as Donté Panlin can use Swashbuckle’s dash feature to avoid certain enemy attacks or skills. 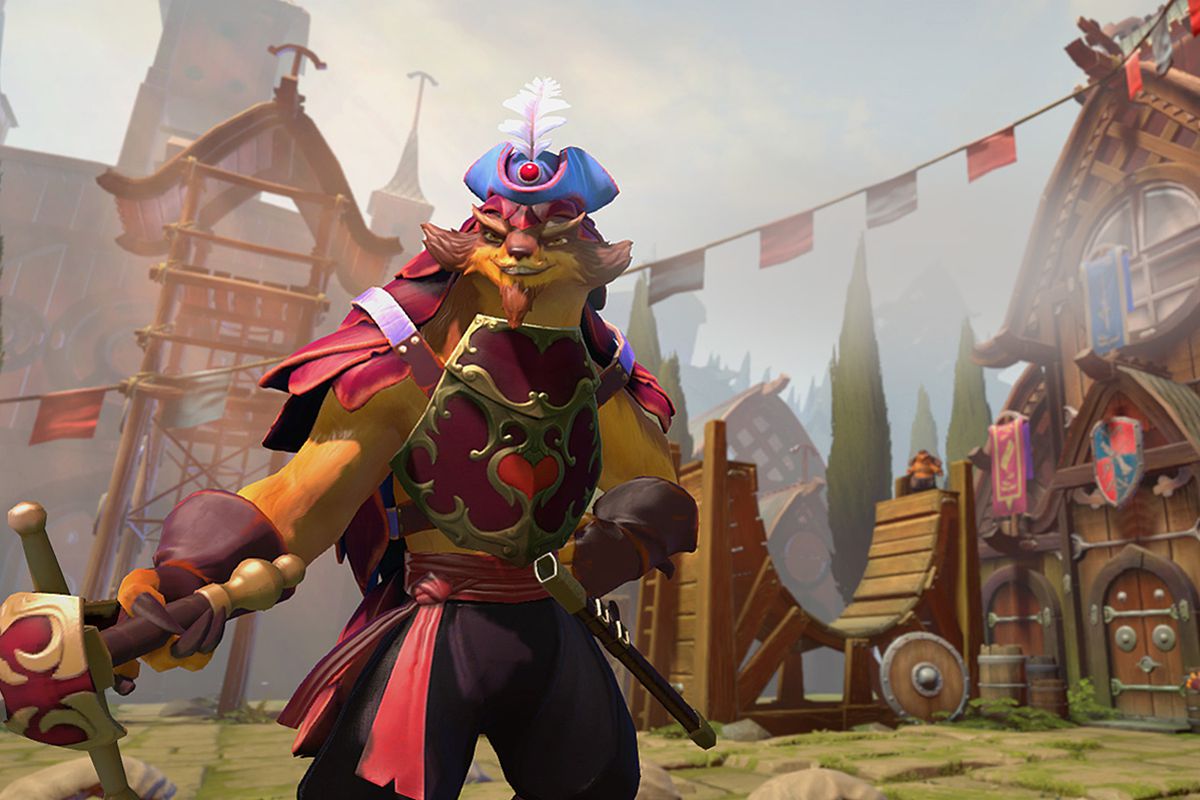 The Pangolier also has other abilities that make him great in terms of both offense and defense. His 2nd skill known as Shield Crash allows him to jump into the air and slam into ground, causing damage to nearby enemies within a particular radius.Upon activation, this skill’s effects immediately take place, so it’s best that you learn when and how to use this. The Pangolier benefits greatly from this skill as not only does it deal damage, but the more enemy heroes it hits, the more damage reduction he gains; allowing  him to tank up a couple of hits that could have killed him. This skill makes it perfect for whenever he’s surrounded as it may just allow him to live awhile longer while he awaits reinforcements, or it may just allow him to turn the tides around and take out the opposition should the player fully understand how to escape a deadly situation.

His only passive ability known as Heartpiercer is definitely something that players should take advantage of. This skill has 15% percent chance of reducing the opponent’s armor as well as slowing them whenever The Pangolier lands a hit. This skill also has a chance to activate when used together with Swashbuckle so this is definitely something that allows you to take on enemies with high health points and armor as well as allowing you to catch up and slow down enemy heroes with high movement speed.

And lastly his ultimate, which goes by the name of Rolling Thunder, allows the hero to curl up into a ball and roll over enemies at great speed. There are a couple of drawbacks to this ultimate as there’s a 1.2 second transformation time, giving opponents a chance to take him down before he can start rolling off. The other being that his ability to turn while transformed is greatly reduced, forcing the player to learn how to control him while rolling around. But if players were to master it, then they’ll find that the ultimate is great at both avoiding and initiating fights. In his curled up state, The Pangolier is immune to magic, so no spells can cancel out his rolling movement. However, he can still be taken down with physical attacks so it’s best to be careful. If he were to run over enemies under this state, they will take damage and be knocked back, stunning them for at least a second. This is perfect for cancelling out enemies that wish to retreat back to their base via teleportation or those that make use of channeling spells. And lastly, he can use Shield Crash while rolling, allowing him to leap over walls and cliffs or damage enemies that he manages to land on top of. This is best done  if the player is surrounded by too many enemies and is in dire need of an escape plan, or if the player feels as if he can take them all down with a well timed jump.

The hero can be very versatile, but a lot of players tend to play  him as aggressively as possible.  So depending on how he’s played and what items he’s given, players will know that this hero is something that they can definitely experiment with. 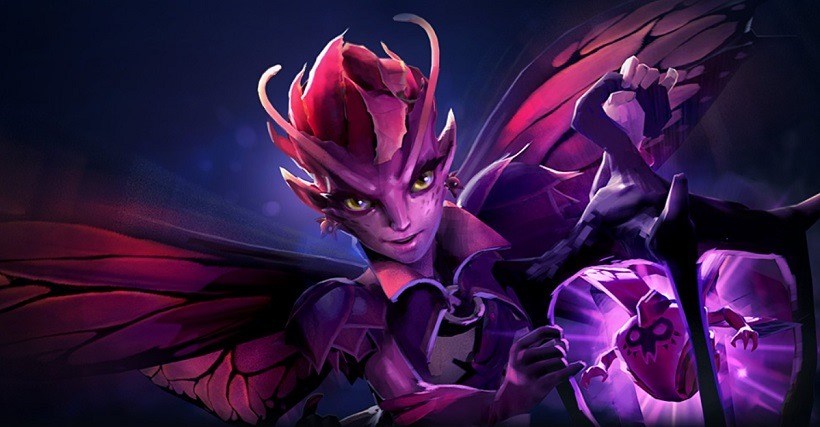 Now that we’ve covered one hero, it’s time to move on to the next.  Mireska Sunbreeze or better known as The Dark Willow, is a beautiful but crafty fairy that comes from the species known as the Fae. She was born to a merchant king in the land of Revtel, a nation wherein murder and manipulation were all too common. While most would have wanted nothing to do with this kind of lifestyle, Mireska was quickly able to adapt to it. Eventually though, she soon found everything within Revetel rather boring. This lead her to only one conclusion; she decides to burn down her family estate and set off with her pet wisp Jex on an adventure that will surely bring her the entertainment and excitement that she longs for.

The Dark Willow is a ranged intelligence hero that has a powerful array of spells at her disposal. While it’s mentioned that she is best played as a support , the skills that this hero possesses may just make players use her as one of the team’s core members in regards to gaining gold for item advantage and taking down enemies.

Now lets go about what power she holds. Mireska’s first skill is known as Bramble Braze. This allows you target a specific area where a maze of brambles appear. Should enemies step on any of them, they are then locked in place and take damage over time. While these brambles only last for around 15 seconds, they’re still very useful as players who manage to position this skill well can either prevent retreating enemy heroes from leaving a specific area, or it can help  Mireska and her team escape any enemies by blocking their paths.

Her next skill would be Shadow Realm. Upon activation, the Dark Willow enters a sort of shadow state which prevents enemies from targeting her. If the player chooses to attack while under it, both of the Dark Willow’s damage and range are amplified to a certain degree; with the amount of damage increasing the longer she stays within her shadow state. While this is a great spell to use against heroes that use single target abilities, the hero is still vulnerable to skills that have an area of effect. Remember that she’s untargetable, not invulnerable so try to use this skill against heroes you know have no skills that affect a large areas as well as having high damage.

This next ability is what some would consider something that’s either  frighteningly annoying or amazingly useful. It is called Cursed Crown and this single target ability can be casted on enemy heroes and creeps. After a short delay, the crown explodes and stuns the target and any nearby enemies within a particular radius. This is one of the best skills in preventing one of the stronger enemy heroes from joining a fight. If you learn how to use this skill right, you can dictate  how the opponents will decide to take you and your team, and you can even force them to enter situations where they’ll be required to split up. This is also great in chasing down enemy heroes that are alone as well as preventing their escape. So learn when to capitalize with this spell as you’ll find that it’s going to be the one that you’re going to be using a lot.

And lastly we have her ultimate ability. She’s one of the unique heroes wherein she learns two skills instead of one after reaching an appropriate level. The first of these skills is called Bedlam; a spell where she summons her pet wisp Jex to roam around her for a certain duration, rapidly attacking any nearby enemies that happen to come within range. This can be used both defensively and offensively as she can use this skill together with Shadow Realm in order to chase down and kill an enemy hero, or to escape and avoid any potential damage as well as possibly dealing it to her aggressor.

Her second ultimate ability is Terrorize; a skill that forces any enemies that’s hit within a certain targeted area to run back towards their home fountain. This is a skill that’s made purely for avoiding fights, but some can also use this to their advantage to set one up. While the opponents are under the effect of Terrorize, they cannot be controlled and they will be forced to run back towards their home’s fountain. While running, enemies are still vulnerable to damage, so if you and your team can time it right, then it could lead to winning many potential team fights. Remember that the original purpose of this skill is to avoid fighting, so using this can help disengage in the event that you and your team are up against a losing battle. 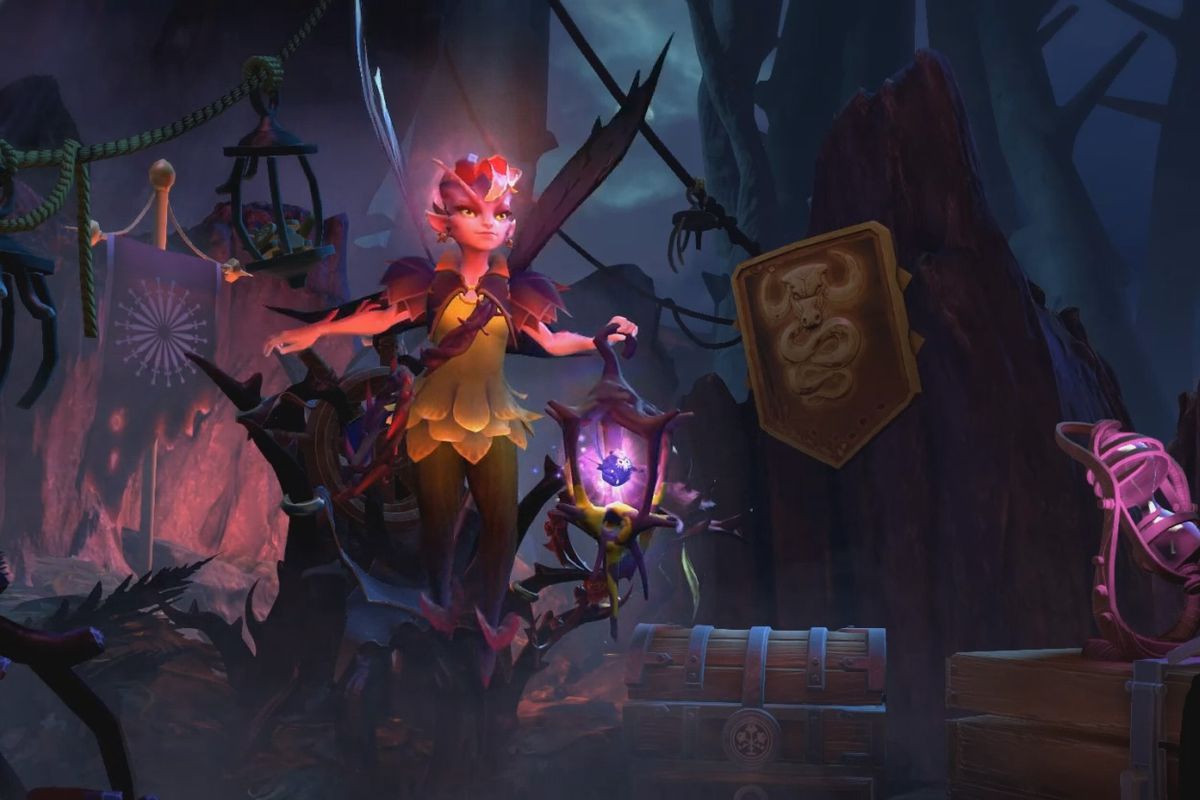 Much like The Pangolier, there’s a lot of potential for this hero in that she doesn’t have to play just one role. This means that players can find the best items and the best way to play the hero to match their kind of playstyle or the one that’s required for a particular match.

While I haven’t made any mention to the talent trees of both of these heroes, it’s best that players learn what they are for themselves as this will give them more to look forward to once they decide to try either one of them.

With that all being said, both heroes look and feel great. It’s also very clear that they, along with the rest of the changes that have come with the new patch, are going to change the entire dota 2 scene and cause players, especially those who are participating in a competitive level, to come up with new strategies and playstyles that will make this already enjoyable game even better.