A recap story of Solas. The real Solas. 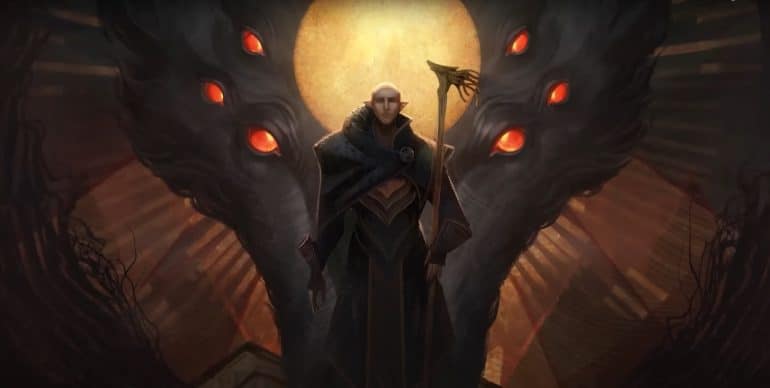 BioWare has recently released a new Dragon Age Dreadwolf in-game cinematic that features the story of the new main villain of the game.

As part of the Dragon Age Day yesterday, BioWare shared a work-in-progress animation. It is narrated by the series’ popular dwarf character Varric Tethras.

The video then shares the story of the party member Solas from Dragon Age Inquisitor who was actually living a double life. In the game, he was helpful and kind when in truth, he was actually the one who started all of this, the powerful Dreadwolf. He is also the main villain in the fourth game.

The clip shows how Solas transitions from his initial appearance in the DA Inquisition game to his new and true look as the Dreadwolf in the next title. His true name is Fen’Harel the Dreadwolf, ancient elven god of lies or heroic rebel against tyranny, as described by Varric. No one knows yet the true story behind Solas but we will know soon when the game launches.

Dragon Age Dreadwolf is still in development and will be available on PC, PS5, and Xbox Series X/S.