February just got a little lighter in games 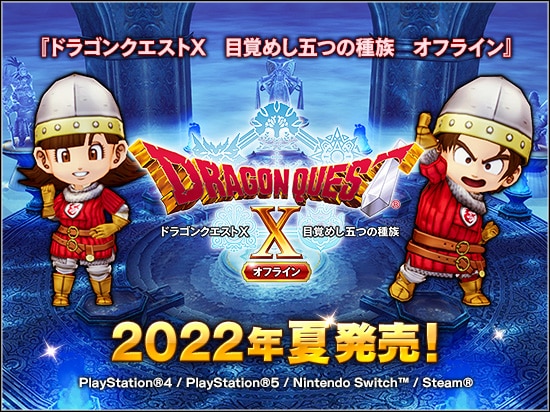 Publisher Square Enix has recently announced that they have delayed Dragon Quest X Offline. The new release date in Japan is sometime in the Summer of 2022.

Officially called Dragon Quest X: Rise of the Five Tribes Offline, the game was planned for a February 26th, 2022 release. According to Takuma Shiraishi, producer, the reason for the delay is to further improve the game’s quality to ensure the game is in perfect condition.

Unfortunately, Dragon Quest X: The Sleeping Hero and the Guiding Ally Offline DLC has also been delayed to Fall 2022.

By changing the visuals from “Dragon Quest X Online” and expressing it using dots and deformations, the dev team is currently working hard to create “Dragon Quest X” that is easy to get close to and play with.

No Western release date has been announced as of yet.