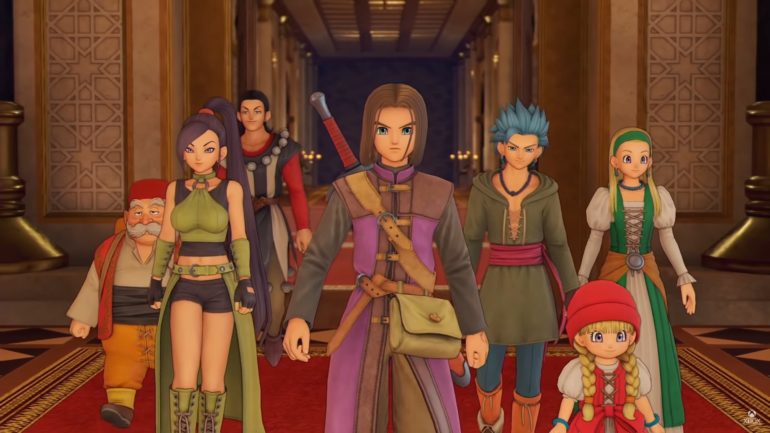 The complete saga is now available on PlayStation 4, Xbox One, Windows 10, Steam, and Epic Games Store. The highly-acclaimed series makes its debut on Xbox bringing the latest installment to a whole new audience. This is the perfect starting point for newbies and it is rich with all of the features that RPG fans are all too familiar with.

Taking up the mantle of The Luminary and joined by a unique cast of loyal companions, players can enjoy over 100 hours of riveting gameplay and enthralling storylines. The hunted Hero will travel across continents and vast oceans to uncover the mystery of his past and take on an ominous threat facing the world. An epic beginning of a new adventure, this enchanting world is brought to life by series creator Yuji Horii, character designer Akira Toriyama, and series composer Koichi Sugiyama.

This definitive version of the critically acclaimed DRAGON QUEST XI: Echoes of an Elusive Age is packed with a host of new features and enhancements making it a truly unmissable experience for RPG fans everywhere. Key upgrades include:
• New character side stories – Get to know your fascinating cast of companions more than ever with individual side stories and adventures
• Retro 2D mode – In addition to stunning 3D, you can also choose to play in 2D with retro inspired graphics of classic 16-bit RPGs
• 16-bit World of Tickington – Journey to past DRAGON QUEST worlds full of additional side-quests reimagined in the retro style
• Japanese audio – Choice to play the entire game with all-new Japanese voice-over or the original English
• Fully Orchestrated Soundtrack – Ability to switch between the symphonic soundtrack or the original synthesized soundtrack as you travel the world of Erdrea
• Photo mode – Immortalize your adventure with the perfect image. Rearrange characters, set different poses, change angles etc. are just some of the features available in Photo Mode
• Additional Draconian Mode options, Adjustable Battle Speeds and More