It's the one that many wanted but got canceled. 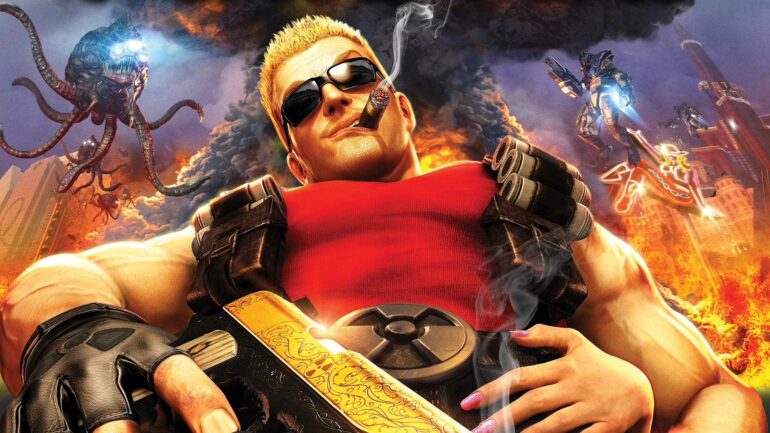 The original Duke Nukem Forever 2001 build details just got leaked and it is said to be playable to a certain extent.

While most internet sleuths especially in the gaming sector would know that 4Chan leaks and rumors are super suspicious, this one has proof, which is a video. It shows certain sections of the game even at the part of the strip club.

According to the leak, this is the E3 2001 iteration, but not the original E3 2001 build. This meant it has been modified a bit to make some sections playable. Almost every chapter is present in some form with a huge chunk of it playable while the other huge part is just blockouts with no enemies. The one that everyone saw at E3 2001 is there.

For the exciting part, the editor is useable and the leakers will be releasing the full source code as well. They did not share details of its acquisition, which is curious. They will be leaking it to the public sometime in June 2022.

The leakers revealed that the leaker is in working condition. They confirmed they have the engine and UnrealScript source code. When they leak it to the whole world, it will have written instructions on how to complete it on your own. This build was done in Unreal Engine 1 and there are two builds, but it only has content for one of them.

For gameplay, all weapons are functional except for the chainsaw and the freezer for some reason. They did not explain the reason for this. The shrink ray is also available in this game as well, which can be found on slot 4, and will be the first weapon to see. The reason that some weapons are not functional could be the fact that this is an incomplete game since it was never finished by the developers.

The theme when playing the game is the Megadeth version and will play when players start it. It will just blast through without any starting lines.

Now, for some little details, Shelly “Bombshell” Harrison is not present in the game. Her character model was deleted according to a log file. The strippers in this game can be interacted as well when Duke enters the club for the first time. Afterwards when it gets invaded, most of the strippers are dead.