Early Access sees the reveal of a fourth faction 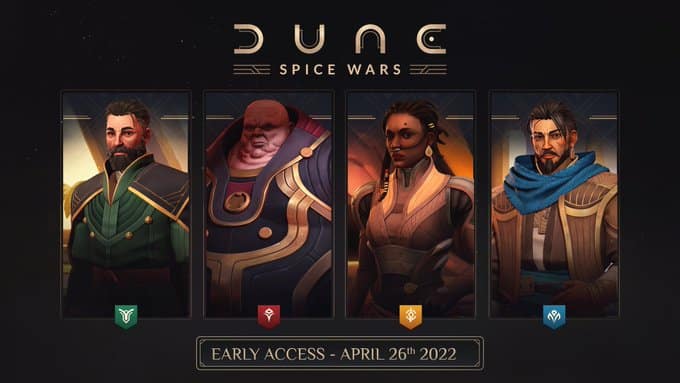 Publisher Funcom and developer Shiro Games have announced that they are releasing their real-time 4x game, Dune Spice War, to Steam Early Access. The release will mark the first time in two decades that players will be able to set foot in a video game world from Dune.

Based on Frank Herbert’s sci-fi masterpiece, Dune, the game pits four factions against each other on the desert planet of Arrakis, the only source of the most valuable resource in the universe: spice.

“With so many massive Dune fans in the studio, the excitement I see every day of working with this universe is very real, and we hope this comes across in the game,” says Sebastien Vidal, CEO of Shiro Games. “With all this passion for the source material and all the know-how we’ve gathered from making Northgard, we can’t wait to put this game into players’ hands.”

Along with the Dune Spice Wars Early Access release, the Fremen, the fourth playable faction, has been revealed. With a greater capacity to move across and withstand the open desert, less chance to attract colossal sandworms, and an improved ability to ally with hidden Sietches (neutral native settlements), the Fremen are uniquely poised to expand their area of influence in order to control the planet.

Who are the Fremen in Dune Spice Wars?

The Fremen are the native inhabitants of Arrakis. Angered by the imperial invaders, they lead a fierce and relentless resistance. Often underestimated, their martial prowess is well known by the few who have been lucky enough to survive an encounter with them. During the 60 years of Harkonnen occupation, the Fremen have been a constant thorn in the baron’s side.

Their dream and long-term goal is to turn the planet into a lush, temperate planet, which may endanger the spice trade. The Spice Wars are an opportunity to free the planet from the imperial grip, one that the Fremen would be more than happy to take.

Dune: Spice Wars is set to enter Steam Early Access starting on April 26th, 2022. Buyers would want to take note that the initial release of the game will not have features like a multiplayer mode and full campaign. These features will be added during the course of Early Access.