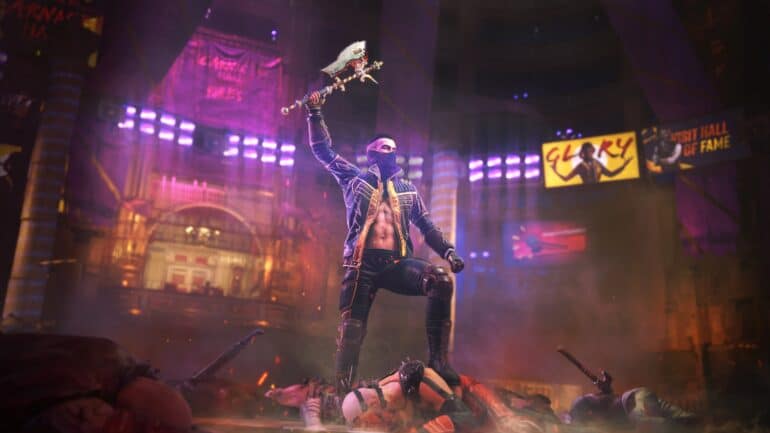 Bloody Ties DLC, the first major DLC for Dying Light 2 Stay Human is now available to download on all available platforms for only $9.99 USD. Players will be able to visit the Carnage Hall, which is an old opera house that has been turned into a fighting arena. Encounters will be challenging and only suitable for the most seasoned Pilgrims. This expansion is not just about a bloodsport tournament because underneath it all lies a deep narrative about power and revenge.

Carnage Hall has it all in terms of conflict and carnage. A small fight might just turn into a big bout in the Spectacle, which is the biggest fighting performance imaginable. Those involved will have to clash with Infected and other contenders, perform some tasks that will rile up the crowd, and more.

There are several characters that players can meet in the Carnage Hall. Players will learn the stories of Astrid (Carnage Hall’s showrunner), Ciro (a young, enthusiastic fighter), and Skullface (the arena’s brutal champion).

Carnage Hall has a lot of flashy weapons and equipment. Owning these will increase the players’ symbol of status. Gain more to impress the crowd. Get the Carnage Manica, which is a special shield that can take on a lot of heavy blows.

Several new types of enemies can be discovered like the Gorilla Demolisher, the Cataclysm, and the Molotov-throwing Grenadier.