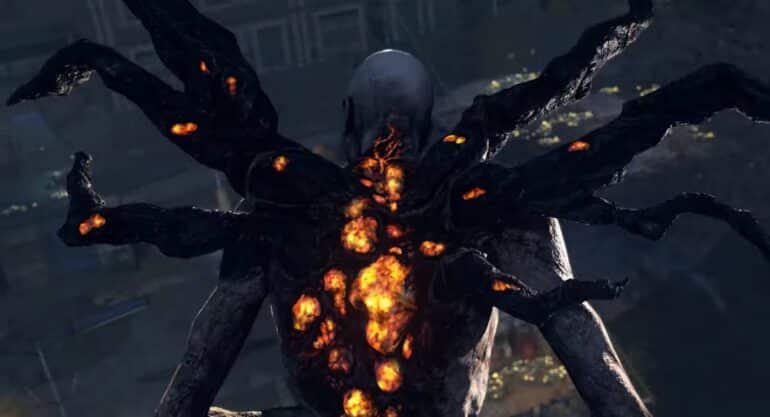 A new episode of Dying 2 Know More, a mini webseries talking about the mechanics of Dying Light 2: Stay Human, reveals new details about the Day and Night cycle with interesting information related to the dangerous yet rewarding special infected.

The latest interview was hosted by Paulina Dziedziak and it was Lead Game Designer Tymon Smektala on the chair today. The mini webseries episode talked majority about the Day and Night cycle of the sequel with the many improvements and changes it has compared to the original game. There were some interesting details being discussed, but the host then decided to ask about the powerful zombies that would roam the streets at night, the special infected.

Dziedziak asked if these special infected can be hunted for rewards that might include powerful weapons, recipes, or rare drops. This surprised the lead designer since most players would run away from the zombies when it is night time since the special infected like the Volatiles are quite powerful and are very challenging to take down. He confirmed that they can be hunted, but to make it easier for players, they will need special weapons crafted with very rare ingredients.

According to Smektala, there are Craft Masters that can upgrade equipment that will add new stats and abilities to them. This will now make it easier to defeat a particular special infected. The only problem is the ingredients for the upgrades or making the special weapons: looting the special infected of its trophies. In other words, players will have to wing it for the first time by weakening them first and then finally taking them down to loot their carcasses.

Where to find those special infected? There are several areas in the game like the GRE Anomalies, Dark Hollows, and more. There is also the method of luring those special infected and defeating them in areas that you have more control with like placing traps of some sort to gradually lower their lifebars. Smektala revealed there were advanced players who actually did the latter by “ramping the chase up, and when the special infected started chasing them, they killed them looted those precious trophies, and then ran away.” It is a very dangerous method, but it can be done.

While the original game made players stay away from the night cycle, Smektala is hoping players will now be looking forward to go explore the world while it is dark for such great rewards.

Check out the full episode below: