The Long Night has started! 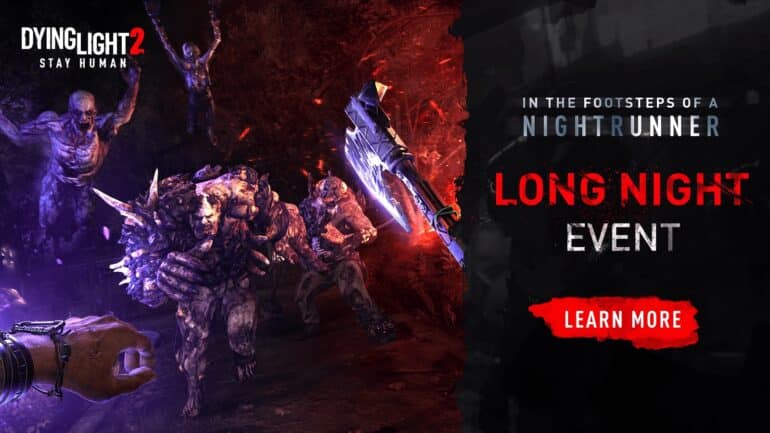 The Long Night is a new event for Dying Light 2 where the day and night cycle is involved. In this event, the day becomes shorter while the nighttime will be longer. It will be more dangerous than ever as more special infected have increased and they have become more unpredictable.

There will be heavy rains as well, which contributes to the longer nighttime effect during this event. To make it worse, the risk of infected encounters has now increased, which makes it quite dangerous to go explore outside. It does, however, also increased the production of more mutation samples.

Also, by taking part of the event, players will be able to have a chance of winning two Harpers tokens. Take on special in-game events, and complete limited-time objectives in this event. To claim the extra rewads, just visit TechlandGG.