Dynasty Warriors 9 Review – One Versus Thousand 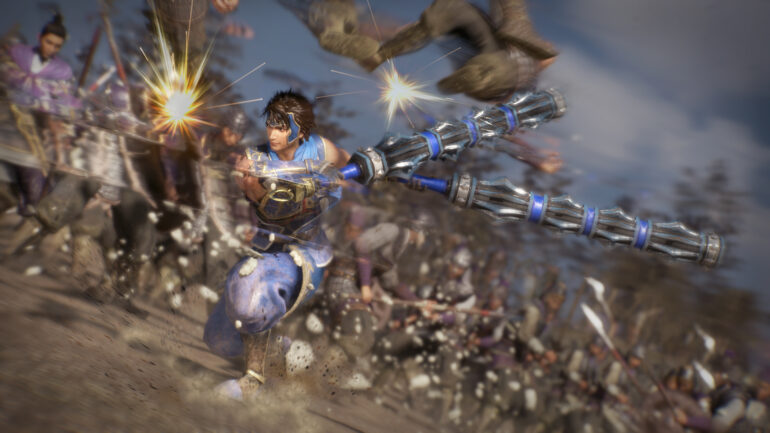 This might be the most improved Dynasty Warriors in the series. From the open-world concept to its large amount of characters, Dynasty Warriors 9 will take the series back on its track. This long-running series might have a lesser audience since, but with its new additional features, this might capture not only the fans but also the newcomers to the series. Developed by Omega Force and published by Koei Tecmo, Dynasty Warriors is not only a hack and slash game but also a title that inspired dozens of spin-offs from other series. I’ve clocked in around 15 hours in the game already but there are still a lot of things to do. 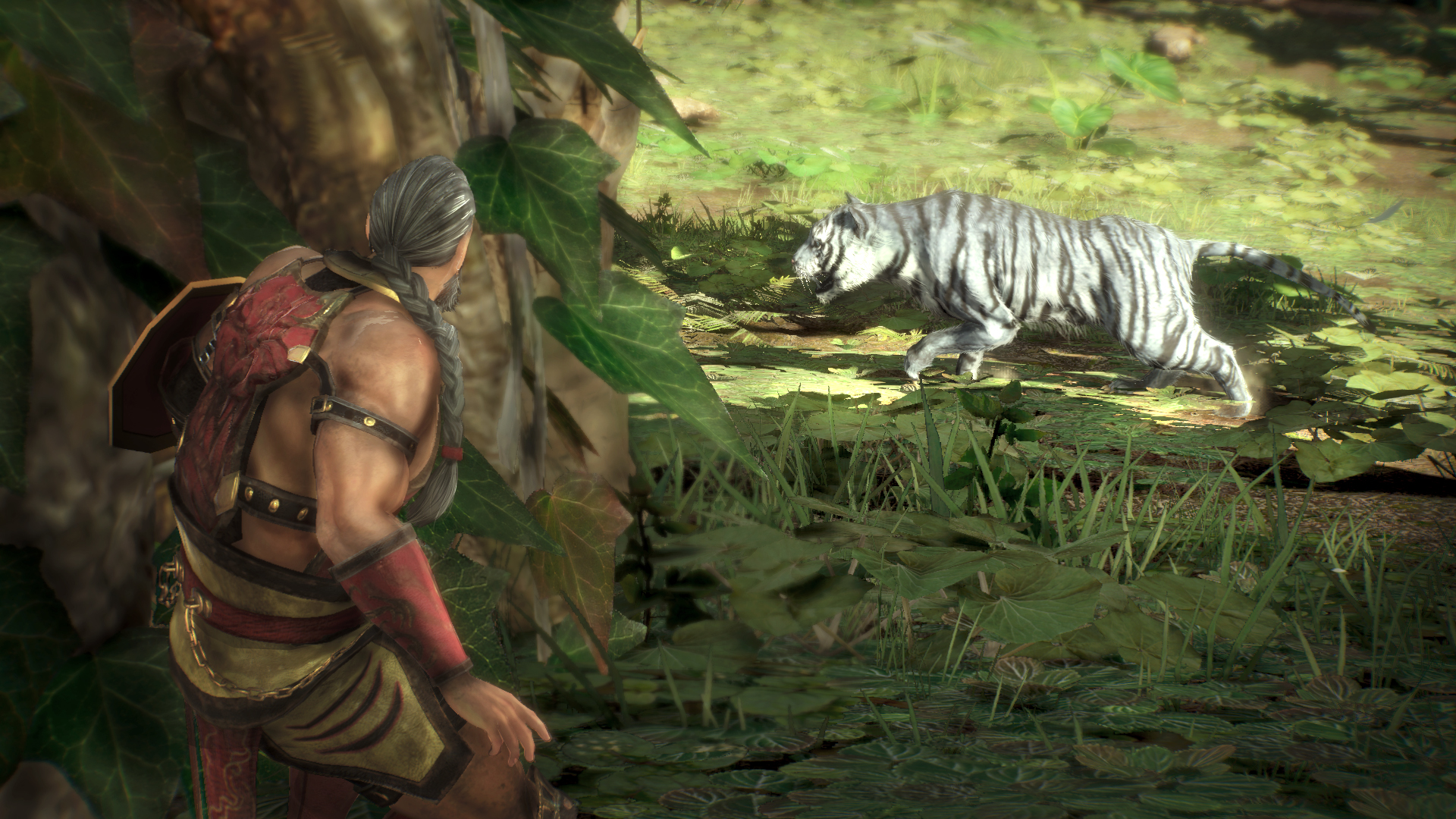 This 9th entry to the franchise is the first one in the series’ history to have a fully featured open-world with towns, battlefields, and cities, yes! However, Dynasty Warriors 9 starts with a very confusing story. I was not able to understand the plot immediately. You will start as Cao Cao, one of the original characters in the series. Beginning with the Yellow Turban Rebellion through the ultimate unification of China, Cao Cao must capture and protect every base that is filled with his enemies. The narrative was sort of rushed as they just thew you to the same old story about the three kingdoms based on the Chinese history books. It’s not entirely bad, I just think that they could’ve polished the story a little bit more.

As you progress, some of the characters will be unlocked. Each with a different story and an ending. With over 83 characters, yes you have read that right, you can play around with the 83 characters who also have unique move-sets. Same with its predecessor, I might spend more than a 100 hours in Dynasty Warriors 9. Well, this might be good for some, however, this will also be a handful to other players. With a full open-world feature, you will have tons of characters that will make you busy as well as the challenges.

The world is massive! The expansive world of China is shown on a single map, the Warriors series has never felt so vast, the one versus hundreds fast-paced action is meant for this kind of location, Omega Force did the right thing. Not only that the world is accessible, it also includes real-time weather effects and a day-night cycle influencing how the enemy will behave and move around the environment. What surprises me is that even though the world is huge, it never felt empty. The world is filled with materials to collect for crafting, animals to hunt, herbs to be pick-up, fishes to collect, and my favorite, the hideaway. These hideaways can act as your house for you to stay and decorate, you can even invite officers and interact with them. 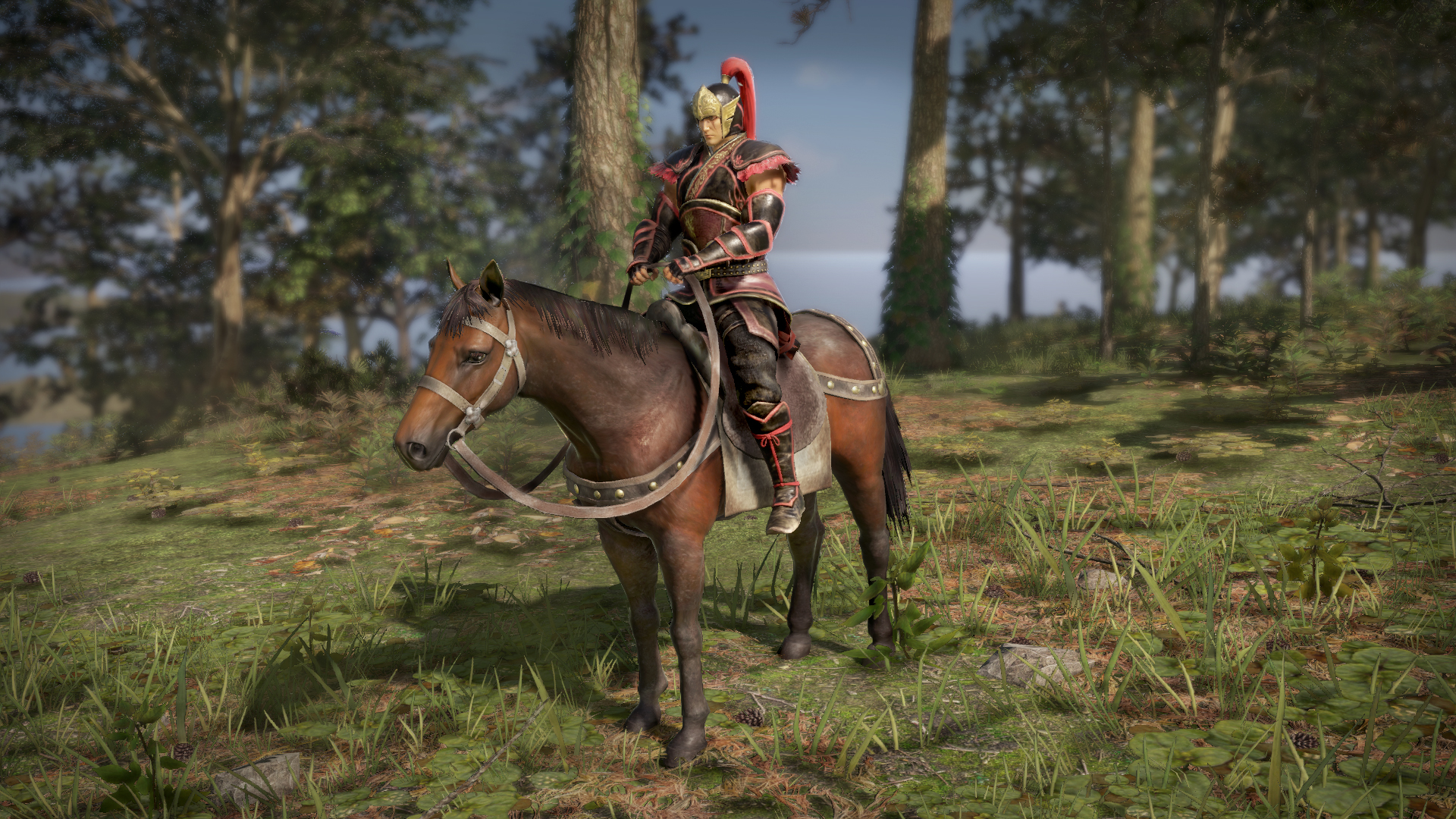 There are a lot of objectives found all over the map. From simple side-quests to critical missions that can unfold and forwards the story of the characters. I loved how you can interact with your battles, it’s up to you on how you approach your missions. Having the freedom to choose which path you will take will unlock a lot of possibilities in your game plan. If you want to head to battle or launch a surprise attack from an elevated position or go stealth at night, especially that you are now equipped with a grappling hook, you can now traverse to any building so you can infiltrate enemy bases, but that won’t be easy, trust me.

The combat system has been revamped and it’s made easier for players to use. Simple buttons which enable a variety of attack combinations, pressing the Right Button (RB) plus X can stun enemies, RB plus Y can launch enemies into the air and RB plus A can knock down enemies. My favorite was the counter attack and finishing move where you just press Y when an enemy is about to attack which is similar to the Batman Arkham series. Executing the special attack is more exciting than its predecessors, it may be simple but it keeps my blood pumping with the action filled on the screen.

Even if the game’s world is so huge, the visuals of the game also suffers. The studio promised to step-up Dynasty Warriors 9‘s graphics, however, as soon as you step into the game, you can already notice the visual downgrade. Sure, some places look gorgeous but when you dig deeper into the world, you can really tell that the game looks more like a PS3 or an Xbox 360 title. Instead of adding weather effects that would make Dynasty Warriors 9 feel alive, it became more of a distraction than something that would be visually beneficial. The sound effects and voice acting still need improvements. Horrible voice-overs have plagued the series and I would rather listen to the Chinese voices than the English one. The soundtrack, however, was great! It really blends in with the action that’s happening on the screen. The Warriors series was really never known to have visually enticing graphics and decent voice-acting, they focused more on the game’s combat, battles, and characters which overshadows the lapses that the game has with mentioned issues above. Given that this is the most ambitious Warriors game to date, I hope that the next entry will improve these problems. 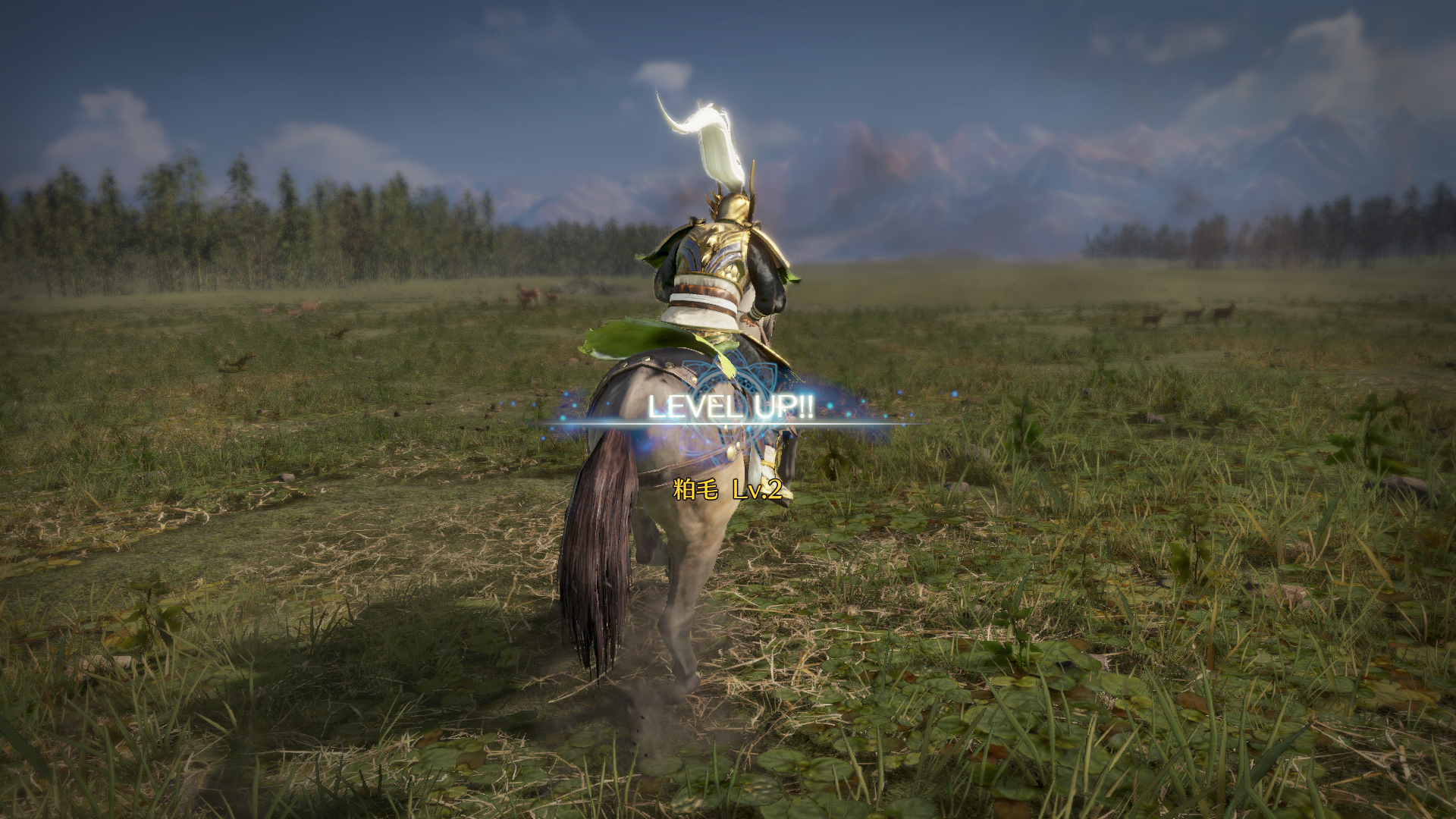 Overall, Dynasty Warriors 9 is a great game filled with memorable battles and great characters. The open-world direction was the best idea; and so far, with its huge map that’s almost impossible to explore in one day, the number of characters packed in the game with unique stories and playstyles, this is the most ambitious Warriors game ever. I doubted the game at the beginning as I thought that it would just end up the same like its predecessors, but Dynasty Warriors 9 proved me wrong. This is a huge step up for the franchise, despite its flaws, Dynasty Warriors 9 gave me a hell of a ride. 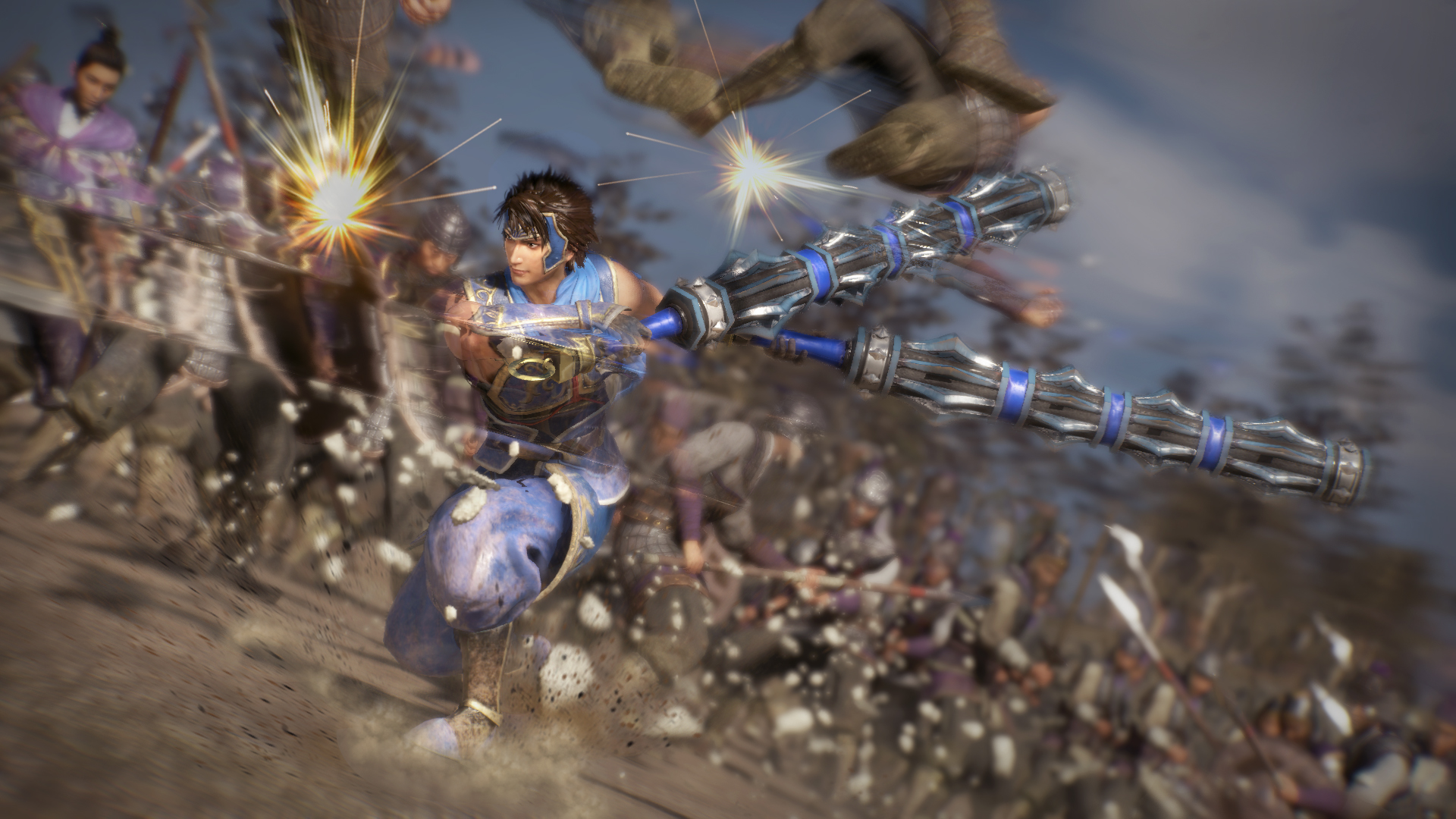 Dynasty Warriors 9 - Review
Score Definition
When the issues of a game are rolled and stomped by its greatness, then it’s something to invest on if you have some spare.
Pros
Huge open world.
Tons of playable characters with each different story and play style.
The world has a lot to offer
The new action system is a great change to enjoy the fast-paced combat of the game.
The most ambitious Dynasty Warriors to date.
Cons
Bad visuals.
Bad voice acting.
Sound effects is terrible.
Confusing story at the beginning.
8
Great