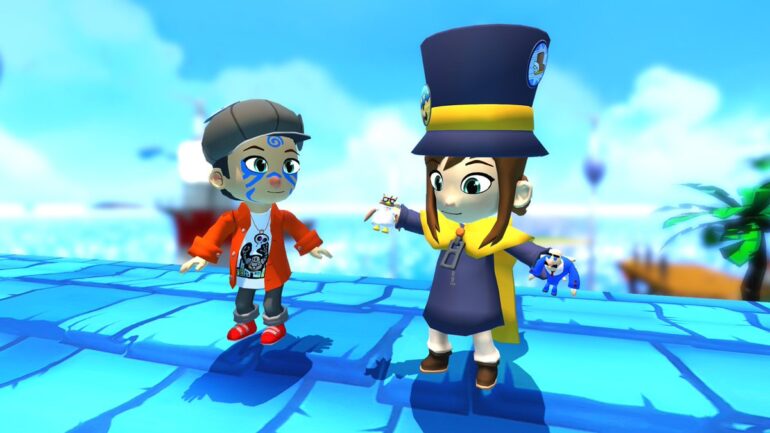 Gears for Breakfast, a Denmark studio, has proudly released a gameplay trailer for their upcoming Kickstarter project funded 3D platformer, A Hat in Time. The game will be at E3 and available for hands-on via The Media Indie Exchange which will happen on June 14. Attendees of the E3 Week Mix 2017 will be able to play the “The Murder on the Owl Express” that is recently shown from its latest gameplay trailer.

“‘Murder on the Owl Express’ is just one example of how we want the players of A Hat in Time to be constantly surprised by where the game takes them,” said Jonas Kaerlev, Director at developer Gears for Breakfast. “It’s not always about exploring bright and colorful outdoor worlds while collecting items and traversing platform puzzles. Sometimes A Hat in Time is about the unexpected, like finding yourself in a movie on a train trying to solve the murder of an owl and discovering that Hat Kid’s uncle’s sister is nothing more than a cardboard cutout.”

A Hat in Time was originally announced way back in 2013 and turned out to be one of the most successful Kickstarter projects. The game has been steadfast in development adding charm and polish by Gears for Breakfast. A Hat in Time is now going to its final development stage in preparation for its launch soon.

A Hat in Time will be coming out on PC as of the moment, but there is word that the console version might be in the works too.