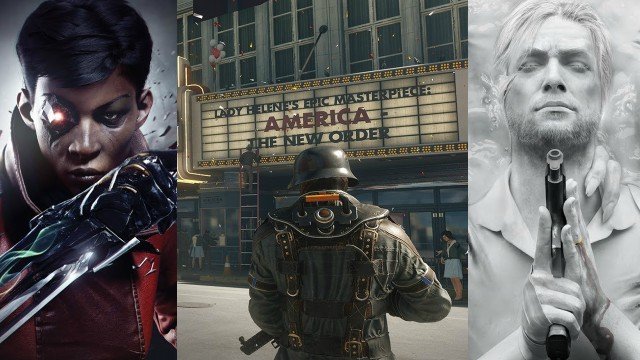 In what was probably the shortest presscon this year, Bethesda E3 Presscon was recently showcased. Although it was short, the presscon cut to the chase and showed all the games they were working on. And the best part is, they are all coming out this year.

Presented by the Global Vice President of PR and Marketing, Pete Hines, the show started with showing a montage of Bethesda employees and their children saying how proud they are for working with Bethesda. We were then shown a series of upcoming games and add-ons. Here are all the highlights from Bethesda’s presscon:

The first on the list of what was showcased was the announcement of Bethesda’s work on VR titles. Fans have been waiting for so long for these titles to go VR and they look pretty amazing. You can find both trailers of the game down here:

Another one showcased in Bethesda’s presscon was the announcement of Creation Club. Creation Club was described as a way for players to get new content for Bethesda’s games. The two that supports this new idea is Fallout 4 and Skyrim Special Edition. Learn more by watching the trailer below:

Bethesda’s take on an online card game was also showcased this year with a promise that the game will soon be available on Android and iOS mobile phones. Along with its release is a new content which includes characters from Skyrim. Heroes of Skyrim will be released on June 29, 2017. Watch the trailer below for more information:

Dishonored: Death of the Outsider

A new addition to the world of Dishonored has also been revealed. In this new standalone adventure from Bethesda, you control Billie Lurke who we see reuniting with her mentor, the legendary assassin Daud. You must help Billie navigate the world of Kamaca as she carries out her mission to kill the Outsider. Dishonored: Death of the Outsider will be released on September 15, 2017.

Bethesda also announced the sequel to the horror game Evil Within. You once again take control of Sebastian Castellanos as he fights his way into a world full of mystery and horror to save his daughter. It looks like the combat system has been improved but the world is more perilous than ever. Evil Within 2 will come out on Friday the 13th of October, 2017. A fitting and frightening release for a horror game.

Last and definitely not the least, we were shown the much-awaited sequel to Wolfenstein: The New Order. In this game, the Nazis have already taken control of America and it’s up to BJ Blaskowicz to find and recruit people to join his revolution to make America great again. Wolfenstein II: The New Colossus will also be out this year on October 27, 2017

So there you have it, which game were you most excited for from Bethesda? Are you eyeing only one game or all of them? Let us know in the comments!