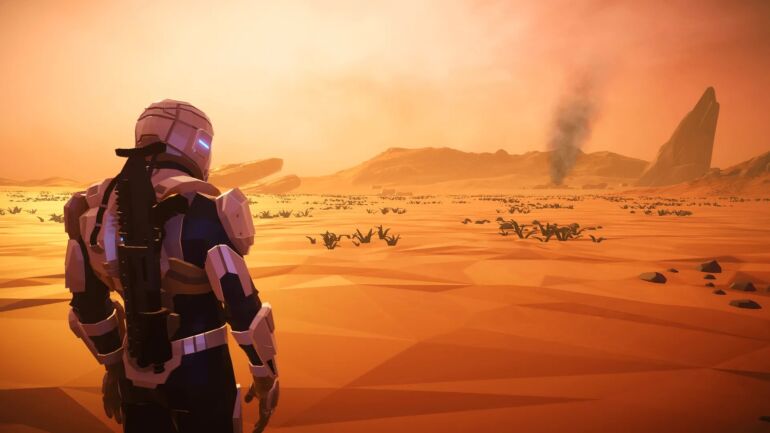 Eden Remains: Arrival is a sci-fi first person action-survival game. You play an elite dropship trooper sent to investigate a distress signal at a remote research facility on Eden. After being mysteriously shot down on arrival you must survive a hostile planet and reach the facility and re-establish communication. Explore a mysterious story about the origin of an ancient planet and discover what happened to the Eden initiative.

Using a unique blend of action and survival mechanics set within a mysterious sci-fi setting you’ll explore the origins of an ancient planet and the first re-colonization attempt nearly fifty years after the asteroid destroyed the first homeworld of mankind.

Eden Remains: Arrival will launch on PC. Release date has not yet been revealed.