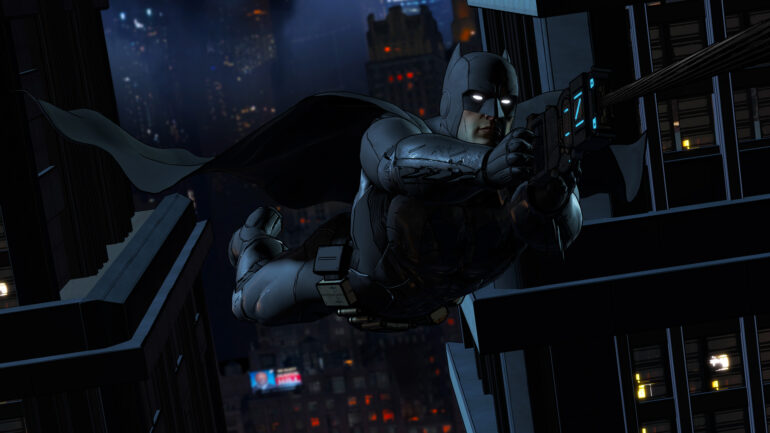 When you think about PS4 games, what comes into your mind are high-end, action-packed or amazing graphics that take your breath away. Often times we forget the simplest games are the ones that have the highest replayability with minimal mechanics. One such simple game I want to highlight are platformers. Platformers equip you with nothing but your wits and creativity, rewarding you for finding creative ways to overcome the obstacles.

Effie is a 3D platformer set in a world of magic. The game opens up with an old man with his niece, the old man offers to tell a story about Galand, a young man who was born with great strength but was incredibly lazy. One day when a woman was seeking help from him, he turned her away, that’s when the woman revealed herself to be an evil witch and cursed him by turning him into an old man. Galand now seeks to remove the curse by traversing a mountain to reach the Elder Protectors, where according to an old Master he sought out, could return to him the youth he lost. Upon reaching the temple, the Elder Protectors task you with saving the world of Olderon.

Storywise, the game pushes the child-friendly franchise a bit too much with how almost every interaction you do is followed by a narrator or everything shown to you is either through a short cutscene and then a narrative. This happens too often and it honestly feels tiring to listen to. The game is filled with so many cliches that you’d probably want to skip through the cutscene entirely, but you can’t because they have unskippable cutscenes. You just sit there listening to the most cliche lines told by characters with generic hero tropes. There’s nothing memorable about any of the characters as they are just placeholders for symbolism and moral guidance, the characteristics, or lack thereof, are barren and you can pretty much guess how the story will play out with the amount of narrative the cutscenes give to you.

World building is very cheap, everything’s already set in stone with no context on what happened before or after and the characters go along with it as if it were normal to them. Exploring is very limited, they designed it to be open world but nothing much was added to catch your attention to stray away from the main story. There are only a few sidequests or collectibles you can find which doesn’t amount to much when you’re at the final boss since you can’t use any of them in combat.

The puzzles in the game don’t pose much of a challenge, they spread out hints here and there but you can pretty much wing them without having to backtrack. I was able to wing all of the puzzles with little to no thought. The most amount of time I spent on a single puzzle area was around two minutes. They added hints, such as audio cues, when you do something right which completely eliminates any sense of accomplishment when you complete a “difficult” looking puzzle.

Combat is very lackluster, you fight the same enemies with the same moves and cheap gimmicks. You can spam the special attacks and not get punished for it. Very inconsistent when it comes to hitting enemies, sometimes your attacks track towards them but you’ll always go beyond them and end up getting hit. Boss fights are much worse than the mob combat since you don’t actually hit the enemy but rather platform your way to the next objective in order to lower their health. Aside from the enemies, your attack moves are nothing special as well.

Musical composition is not good but not bad either, it sets the atmosphere for the level appropriately. The voice acting didn’t feel all that entertaining or engaging. In the end, they were basically textbook characters after all. There isn’t much to comment about on this side because there’s really nothing special about it.

Overall, the game is geared towards a child-friendly audience with their colorful world, simple looking character designs and easy to follow storyline. However, in doing so the story lacks any actual depth and by using long and unskippable narratives, the gameplay aspect is defeated. If you were to remove the gameplay and just played the cutscenes, you’d still be able to understand the story of the game. The storyline is so linear that you can pretty much guess the ending from the opening cutscene alone. However, the platformer aspect is decent. They managed to recreate the feeling of being able to use ledges and destructible boxes to stand on and use your resourcefulness to avoid dangerous situations or skip a section. With how easy some of the puzzles are, you could potentially speedrun this game if you progress just with the main story.

Disclosure: This review is based on a review code provided by Inverge Studios. Read our review policy to know how we go with our game reviews.
Tested on: PS4

Score Definition
We want to emphasize that 5 will always be the “average” number, not 7. So by far, it’s 50% great and it’s also 50% bad.
Pros
3D platformer encourages creativity and resourcefulness
Cons
Storyline is linear
Open world map is empty
Combat is very clunky and inconsistent
Puzzles are vague with minimal hints
Forgettable characters
5
Average