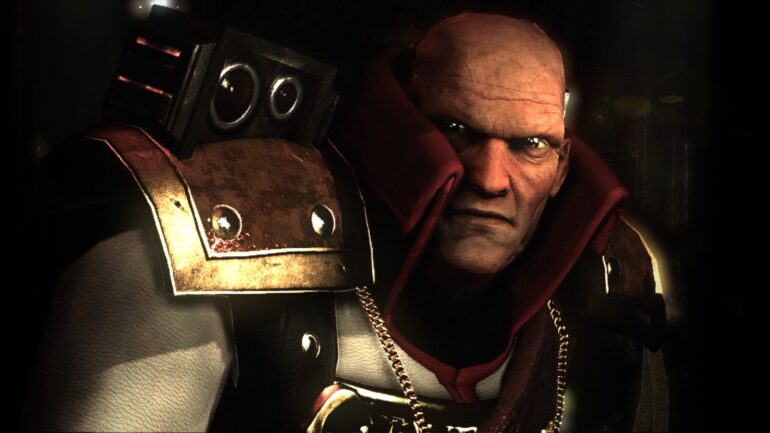 Heretics and heresy are considered very serious matter in the grim dark universe of Warhammer 40K, particularly by the Imperium of Man. So much that they have a dedicated authority meant to find and hunt down any traces of heresy through-out the entirety of the Imperium. Not only heretics though, as humanity does not take too kindly to aliens, and way more to chaotic daemons. The Inquisition is broken down to three major groups that handle each task in protecting humanity: Xenos for aliens, Malleus for daemons and Hereticus for heretics. Gregor Eisenhorn is one such inquisitor, serving under the Ordo Xenos.

Eisenhorn: XENOS is a game released on both mobile platforms and PC, and was developed by Pixel Hero Games and is based on the novel written by Dan Abnett titled Xenos. Without spoiling anything, Xenos is the first book a trilogy of book following Gregor Eisenhorn, and the story is the strongest part of the game. It follows Eisenhorn’s earlier carrier, starting with what seems to be the end of one case but spiraling into an interstellar conspiracy. As much as it sounds generic, the writing of Dan Abnett is engaging with so many twists and turn, no surprise from the veteran writer. With that aside, we must look at the rest of the game and how does it hold up with having a stellar story and world as its setting. 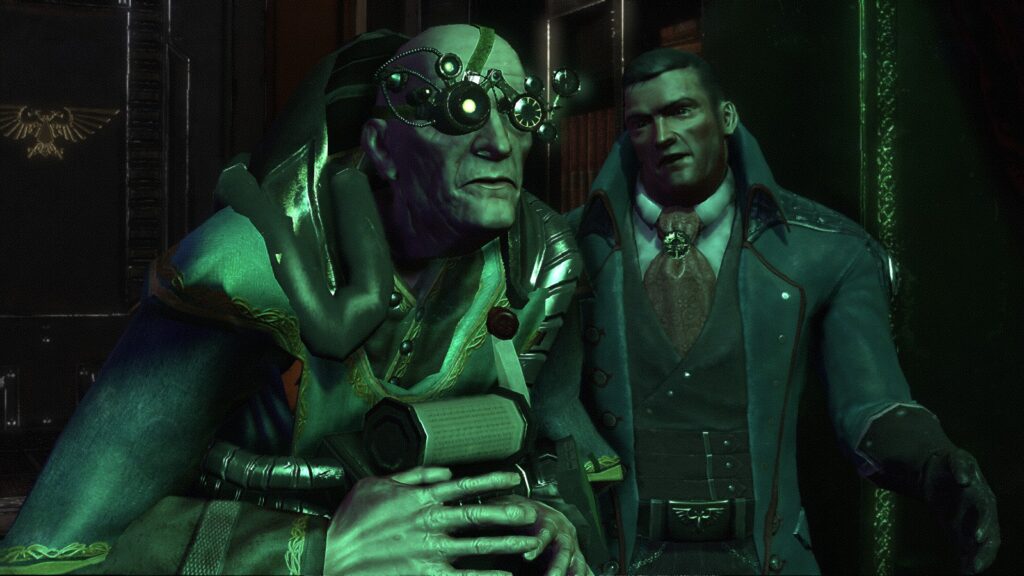 I would describe it as heretical. Combat is simplistic and while it is very reminiscent of the combat in the recent Batman Arkham titles with icons appearing on top of enemy heads signaling to block and such. Sadly, it does not have the same depth and flow with the Batman Arkham games is not much to go on about it though: just press same button to attack, same button to block, and the same button to attack again. To shake things up, you have a gun and “psyker” powers, but what are they compared to the melee weapon? There is also a dodge button, but you can button mash your way through a fight and not use the gun, dodge nor the psyker power. Enemy variations are woefully lacking, all being re-skins of the same melee or gun wielding opponents. Do not get me started on the stealth sections, you can lure all the guards using your telepathy and kill them one by one in the same exact area. Boss and mini-boss fights? Easy, with several of them being QTEs, and the rest just fall to good old button mashing.

Outside of combat, you are exploring the decently sized levels and occasionally finding little bits of information with your scanner, which is nice. What is not nice though is how many mini-games there are. A hacking mini-game, a telepathy mini-game, and more! All these mini-games are simplistic, and provide no additional depth either than being a very temporary roadblock for the player. They are distractions and nuisances, and it would probably be better without it. 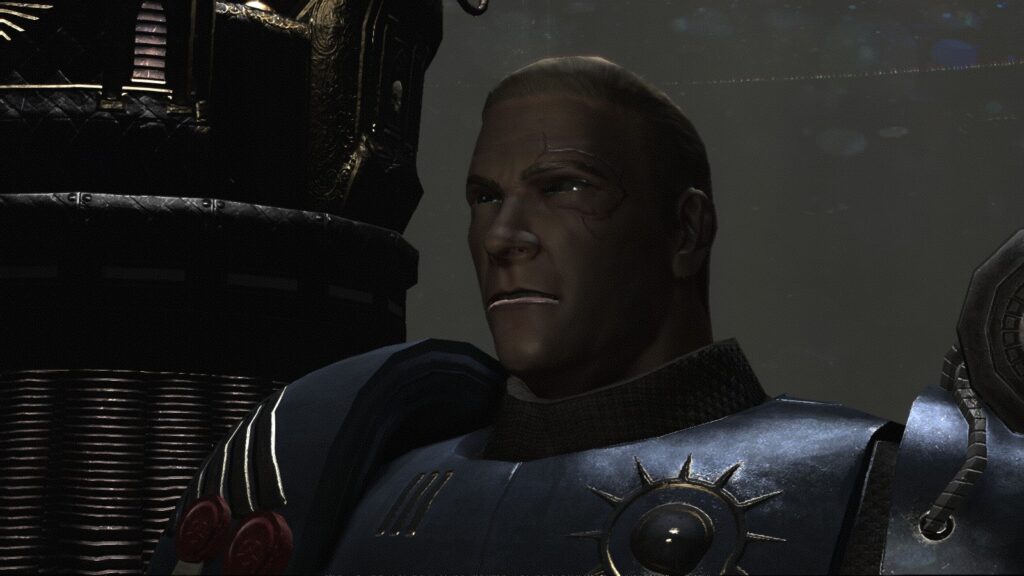 Another saving grace is Eisenhorn’s voice acting, and mind you Eisenhorn’s alone. He is voiced by the talented Mark Strong, and it is a good choice as he can portray the inquisitor’s tired and weary tone. Everyone else’s voice action though? Not so. A fair amount of lines do not feel like they are being acted out and more so felt like they are just being recited. Add on to this the lack of proximity in the voices as person standing across the room will sound like being right in front of you. The visuals and animations are a mix bag. The texture of the levels is pretty nice and the ambiance of what to expect in the 41st millennium has been nailed, but the post-processing is a bit overdone particularly. Character models on the other hand all look like wax figures with shiny skin, and while I do give kudos to the work done on Eisenhorn’s and several NPCs outfits, I wish the same can be the same for other characters, in particular a companion who wears armor who you meet relatively early in the game. Speaking of companions, they are useful in combat, but outside of it they do nothing and speak in exposition, only come to life in a cut scene. Everyone though is animated pretty stiffly, and this is for everyone whether it be characters in a cut scene, Eisenhorn running down a hallway or climbing a ladder, and in combat.

It is really hard to say anything good about Eisenhorn: XENOS other than the story and Mark Strong’s voice acting. The game probably would have benefited by just being a mobile game, as it does not stand well in what is expected from a PC game, but there are still design choices which come into question anyways. It does not take full advantage of what the narrative has to offer, and while it is limited by it, the game still is a mess of various ideas. If you want to experience the story of Eisenhorn that badly, this might be for you, but it is not going to win any new customers for Games Workshop’s beloved franchise.