Entering dreams and looking for secrets would have been a cool feature. 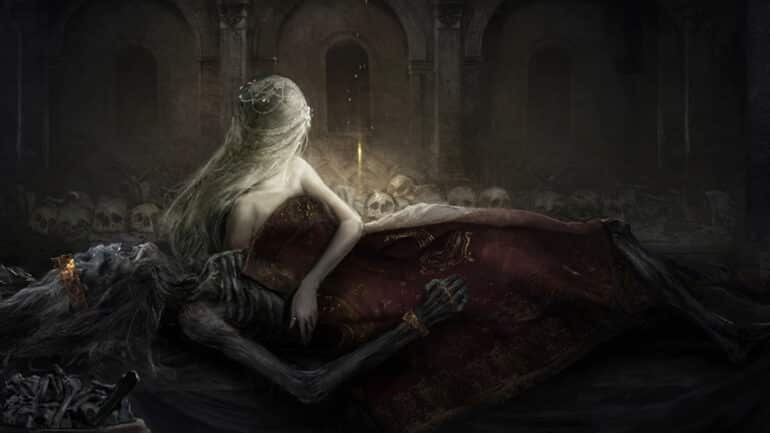 Newly found cut content revealed that Elden Ring once had a feature that allowed players to collect dreams from sleeping enemies.

According to Soulsborne fan, modder and streamer Lance McDonald, he found some cut content from the network test build that was rather interesting to pass up. In that test build, there were sleeping enemies that players could interact, but they got cut from the final build. He then tested this version to find out how the feature worked.

There was a monk character that could be found at the Scavenger’s Shack that offers the players a quest. He would ask to find ingredients for the so-called “Dreambrew”, which was said to be the nectar of the demigods. It was used to uncover someone’s deepest, darkest secrets via their dreams.

The monk will then give the player an item called St. Trina’s Crystal Ball. It will be used to collect the key-item Dream Mist from enemies that are asleep. Players can easily identify the mist because it will be surrounding the enemies as they sleep.

McDonald tests this feature with a merchant NPC by letting him drink the brew and fall asleep and collects the Dream Mist. There is a new dialogue afterwards talking about the nightmare of being burned by frenzied flame. This feature shows some extra secrets from some characters.

This is a rather interesting feature to try out, but one does wonder why it did not make the cut to the final build.