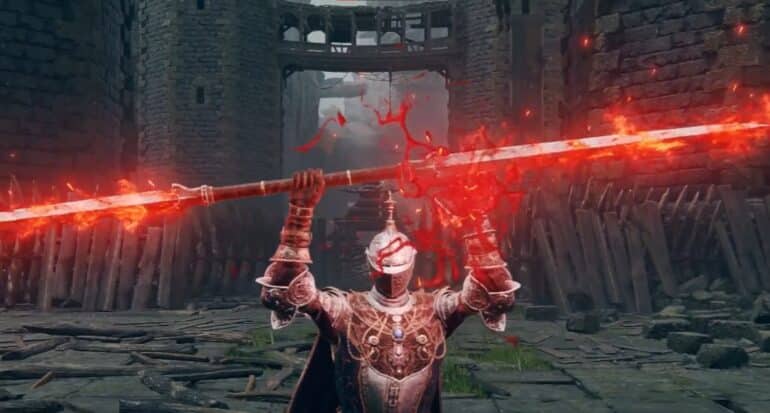 Unlike previous Souls games, the new title made by FromSoftware, Elden Ring, offers tons of customizations, weapons, spells, and more to choose from. So many in fact that one could make some similar weapons from popular film franchises especially from Star Wars. Specifically, the lightsaber that is wielded by Darth Maul.

It is not exactly the lightsaber that the powerful Sith Lord used to kill his enemies and Jedi, but it looks similarly like it. This is only made possible with the unique weapon called the twinblade, which at first looks like two longswords that got attached to one another by the hilt. It is a very interesting weapon, but when a player combined it with a spell, it sure did light up to something he did not expect.

The twinblade combined with the Bloodflame Blade ability turned it into somewhat looking like a twinblade lightsaber, just like Darth Maul wielded! The twinblade had a red, flaming effect, which gave it a bright red effect. The cool part was when it was swung, the flames would drag around.

You might think the “double-blade lightsaber” was only good at its looks, but you are terribly wrong. It is such a powerful weapon in fact that can deal a lot of damage on many foes that the Tarnished meets in his journeys. It does take a lot of stamina to swing though.

Now go and destroy every living thing that stands in your way Tarnished, Dark Side style.