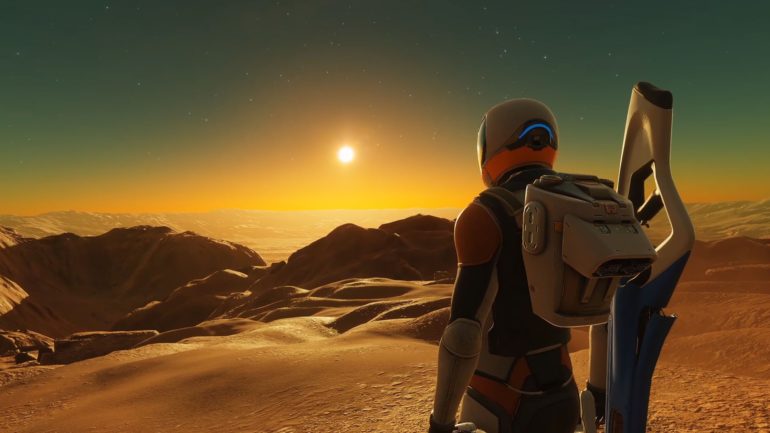 The game will focus more on exploration since it has always been the main core of the experience. It will now take on a completely new dimension by allowing players to exploring planets on foot. They will have to leave their spaceships and venture out to discover the secrets and hazards of these new worlds.

The planets have been recreated by the development team with great care and attention. They will find ice and rocky planets with features of surface pressure, volcanism, atmospheric composition and other geological agents. Every planet will be unique and distinctive.

Odyssey will have many changes and one of those is exploring on-foot seeing the game in a completely new perception of scale. Players will notice beautiful details like alien vegetation. Exotic flora can be analyzed to obtain genetic information from every new variant encountered and they can profit from their discoveries by trading in the data.

About Elite Dangerous
Take control of your own starship in a cutthroat galaxy. Some may know you as an ally; others will call you a pirate, a bounty hunter, a smuggler, an explorer, an assassin, a hero… Fly alone or with friends, fight for a cause or go it alone. Your actions change the galaxy around you in an ever-unfolding story. Start with a small starship and a handful of credits, and do whatever it takes to earn the skill, knowledge, wealth and power to stand among the ranks of the Elite.

Elite Dangerous: Odyssey will launch in early 2021 for PlayStation 4, Xbox One, and PC.