Embers of Mirrim launches today on PS4, PC, and Xbox One 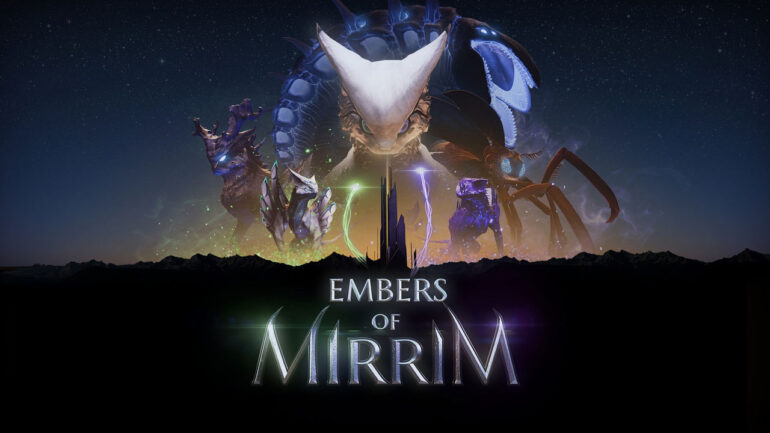 Developer Creative Bytes announced today that their action-platformer Embers of Mirrim is now available on PC, Xbox One. Begin your adventure as the ethereal creature Mirrim, who has the ability to split into light and dark entities called Embers.

“After two and half years of development, we are ready to bring Embers of Mirrim to gamers everywhere,” said Paul Caporicci, Chief Executive Officer and Project Director at Creative Bytes Studios. “We’ve taken a fresh approach on the platformer genre with our unique splitting mechanic, and we think that gamers will really enjoy the variety of moment to moment gameplay in Embers of Mirrim.”

“Inspiration for Embers of Mirrim was drawn from 80’s fantasy movies from the likes of Labyrinth, Dark Crystal and The Neverending Story.” said Shawn Jackson, Chief Creative Officer and Art Director at Creative Bytes Studios. “We have built a world of fantastical possibilities and offer players a wide variety of striking visuals.”

“In Embers of Mirrim, there is no dialogue – instead, we’ve taken an approach to tell a story through visuals and game design.” said Frank Knezic, Design Director at Creative Bytes Studios. “We hope everyone has as much fun playing the game as we had making it and discover that SPLITTING IS BELIEVING!”

Embers of Mirrim is an adventure-platformer featuring a mystical creature with the ability to split into light and dark entities called Embers. As Mirrim, you can explore the dramatic landscape using the opposing forces of the Embers to affect creatures and relics in the world in unexpected ways.