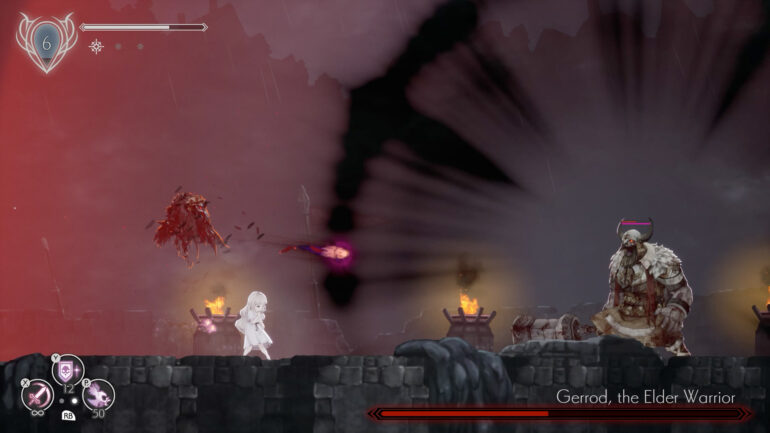 The game will be playable on PlayStation 5 via backwards compatibility, Xbox Series X/S, and Nintendo Switch in Q2 2021. The console editions will be launching together with the 1.0 build on Steam with at least eight areas and adding more to the three available at the start of Steam Early Access.

A poignant soundtrack from Mili, veteran of anime series including Ghost in the Shell and Goblin Slayer as well as rhythm games enjoyed by millions such as Cytus and Deemo, brings the world of ENDER LILIES to life. Sound effects by former Sega producer Keiichi Sugiyama with credits on franchises like Rez and Skies of Arcadia punctuate the soundtrack’s melancholy melodies.

Guide the priestess Lily through winding caverns, underwater landscapes, forests of glowing trees and other areas devastated by a rain turning people undead. Each biome is gorgeously illustrated in a distinctly Japanese dark fantasy style. Purify challenging and ghastly bosses to recruit them as equippable companions. Mix and match the souls of the fallen to create an ethereal bodyguard squad, with attacks ranging from powerful axe blows to ranged bow strikes.

Upon exorcising foes, Lily will experience visions revealing glimpses of the past. Piece together the whole truth and solve the mystery behind the unholy rain before facing a choice that will decide the fate of a kingdom.

“The story of Lily and her homeland is an unfortunate one, but not without hope. She will make difficult choices as she navigates her nightmarish reality,” said Hiroyuki Kobayashi, CEO, Binary Haze Interactive. “ENDER LILIES doesn’t give up its secrets easily, but we’ve balanced our fast-paced combat system to provide a challenge for players of all skill levels while nurturing the progress of those with less experience with action RPGs.”