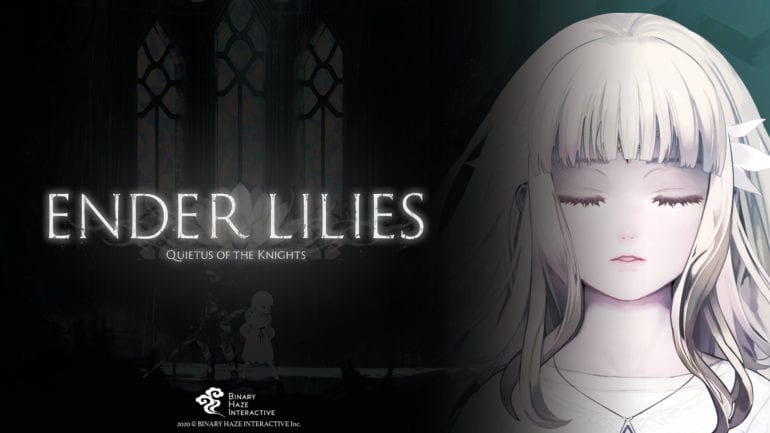 The game is available on Xbox One and Xbox Series X/S today, June 28. It will be playable on PlayStation 5 via backwards compatibility with the PS4 version sometime in Q3 2021.

Awaken in a cathedral, fight your way past the horrors lying in wait within, and step out into a cursed rain devastating the kingdom of Land’s End. Guide priestess Lily safely past the blighted undead, formerly happy residents of her homeland, on a quest to find the source of the rain of death and end it once and for all.

Defeat former friends turned deadly bosses, then exorcise them of the blight to bring them into your party as equippable companion spirits. Mix and match these lost and found souls to create an ethereal bodyguard squad wielding massive clubs, magical bullet hell volleys, and other devastating skills to overcome challenges and traverse a world painted in a Japanese dark fantasy aesthetic.

“ENDER LILIES draws from many inspirations, but the end product is a wholly unique metroidvania that appeals to fans of the genre while welcoming less experienced action RPG players into the fold,” said Hiroyuki Kobayashi, CEO, Binary Haze Interactive. “We’ve already had so much positive feedback in Early Access and look forward to seeing how players enjoy the full story now that it’s in their hands.”

Ender Lilies: Quietus of the Knights is currently available on Nintendo Switch, PC via Steam, Xbox Series X/S, and Xbox One. The PS4 version will be released sometime in Q3 2021.