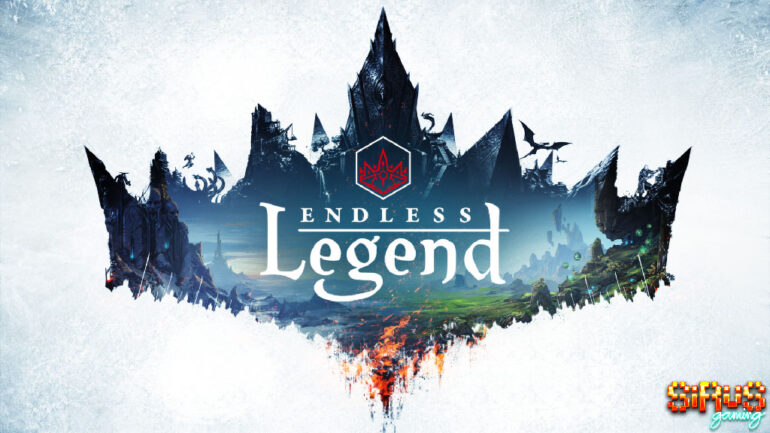 Lead your civilization and be known as the legendary faction who saved Auriga!

Endless Legend is a 4X turn-based fantasy strategy game in which you take control over a civilization to survive and reign over the land for the sake of Auriga’s salvation. Created by Amplitude Studios, Endless Legend took home many awards from several gaming magazines and award-giving bodies by being able to captivate its players through its comprehensive micromanagement mechanics, in-depth storytelling, and wonderfully designed visuals. Complex in nature and with all the available races to play with, Endless Legend surely provides its players with hours upon hours of engaging gameplay. 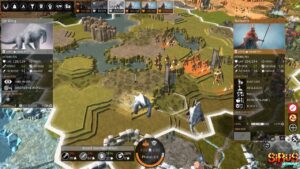 Endless Legend lets its players choose and play among its eight factions; like the great craftspeople and smiths of the Vaulters, the honorable yet cursed armored spectres of the Broken Lords, and the wise and venerable draconic race of the Drakken, just to name a few. Living in the world of Auriga are also the minor factions that players can assimilate into their empire to get some advantage. Throughout the land lie several different resources that are essential materials for production and research, as well as giving the empire temporary boosts. Colonization is the key to be able to gather and utilize these resources for the empire’s growth and success. 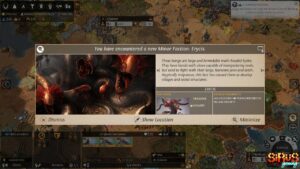 Players start off with a hero unit of their chosen faction as well as some infantry units and a settler. Once a strategic location has been spotted, players could settle in and start building their first city. Heroes can be commanded to explore the land or to govern the city. Each faction has its own story in which a player could follow by completing quests and reaching milestones. Ruins and ancient temples are scattered in the playing field and units can explore these to find hidden riches, quests, technology, or nothing. Minor faction camps in a player’s region can be pacified and their inhabitants can be assimilated into the empire, providing it with commandable units and different bonuses according to the race of the faction.

Each city under an empire produce food, industry, dust, science, and influence points, also known as FIDSI points, which are contributed to the empire for its research, development, and expansion. Aside from leading troops and ruling over cities, technological research is one of the major aspects of Endless Legend in which a player will have to manage throughout a game session. The technologies that can be researched are divided into four categories: military, science and industry, empire and expansion, and economy and population. Furthermore, technologies are divided within six eras, with each era’s technologies being more advanced than the previous one’s. 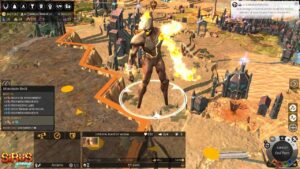 Factions have their own sets of units which includes the heroes, infantry, cavalry, support, and flying units. With the new Endless Legend Guardians expansion pack, players get to summon the different elemental guardians to fight for their empire. Skirmishes and confrontations among warring factions happen when two units collide. These battles happen within a bounded area of the map itself. Units may take advantage of the map’s terrain and topography to gain the upper hand against their opponents. If a unit or an army is within range before a battle begins, even those within a city’s garrison, they can be called out as reinforcements and join the fray. War among rival factions can be avoided and peace can be attained through negotiations and it is up to the player to strategize if an alliance is worth keeping or not. Players can win the game through several ways: through diplomacy, through technological victory, by conquering all lands, by being the only civilization standing, etc. 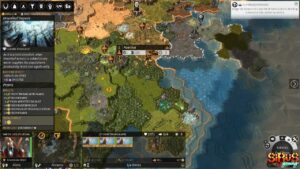 The land of Auriga is beautifully designed. The level of detail given to the map and its terrain is quite high but not that taxing to graphics processors. It gets looking quite messy late in the game, though, when cities, districts, and trade routes lay scattered on every region on the map and players might have a hard time navigating through the overworld while zoomed in. It gets worse when winter sets in and everything turns into desolate white. But it just kinda adds to the debilitating effect the cold season has on your gameplay. The level of artwork done on the characters, however, is masterfully drawn; it makes Endless Legend look like it is a AAA game. Even the depth of the story each of the factions got is notably great. 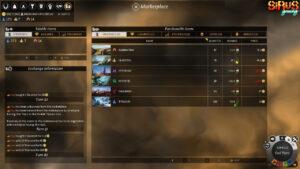 New players of Endless Legend might be overwhelmed with the complexity of the micromanagement that is needed to be victorious in a game. The lengthy tutorial in the beginning covers most of the game’s aspects but it may take the player two to three playthroughs just to fully understand and have a firm grasp on how the in-game mechanics work. The management screens have user-friendly interfaces that just needs a little while for the players to get used to. The coded AI is programmed well and the players have the choice to set the difficulty according to their level of skill. The learning curve is just right; not too easy that it gets boring fast but not too steep that it becomes unreasonably hard in an instant. 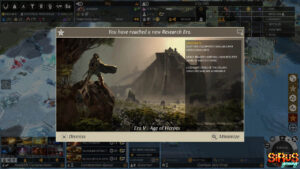 By nature, 4X turn-based games like Endless Legend have campaigns that take a while to complete. Players usually find themselves spending a couple of hours in just one game session, not to mention playing a multiplayer game would take a lot longer.  Battles do have an auto-resolution option in which players give up control of the battle in exchange for the quick encounter but manual battles may take a bit too longer especially that there is no fast forward button to make the units go faster. Also, turns happen according to the unit’s initiative stats, thus lining their turns in a sequence. This sequence affects the amount of control the player has over the placement of the units so movement anticipation and attention to the sequence would greatly help in pulling off a tactic.

Overall, Endless Legend is a game worthy of every penny for its price because of the amount of content the players can engage themselves on. Plus, the level of sophistication its gameplay has means that players will definitely get the right amount of entertainment and challenge in every playthrough that they do. You can just look at the list of awards it got from several groups to get the idea of how good it is even without having an hour spent on playing the game itself. Like I mentioned, Endless Legend could pass up as a AAA game because of how good it turned out to be. A definite must play for strategists and even for those who are new to the genre.

Endless Legend is available for purchase at Steam.

This review is based on the review copy provided by the developers/publisher.