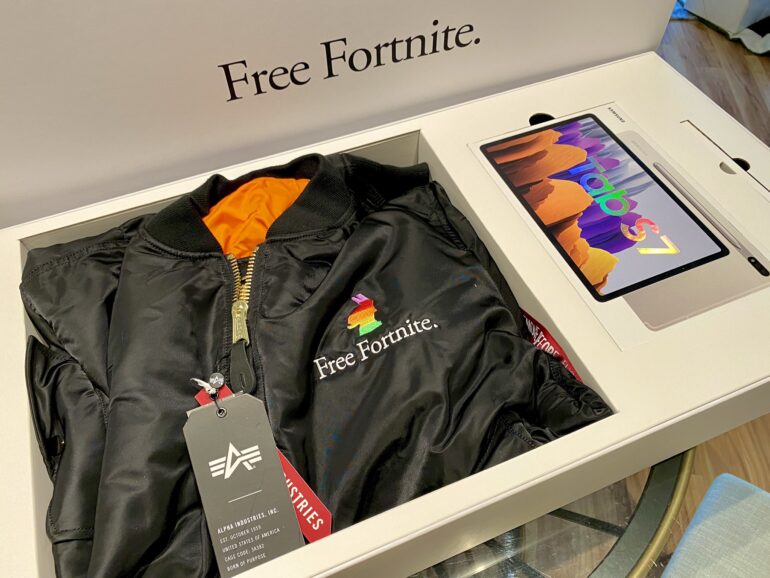 Epic Games is at it again and this time they are sending some “swag” to influencers.

The gaming platform has recently sent some free goodie bags to some popular influencers like Kinda Funny’s Greg Miller. It contained a white cardboard case, which looked awfully similar to Apple’s box packaging for phones and other devices. On top of it has the phrase “Free Fortnite.”

Inside the box contained a black bomber jacket with the rainbow badge in a shape of a Llama or somewhat similar. It also has an awesome Samsung Galaxy S7 tablet, which is a big competitor to Apple’s iPad.

A note was included as well. It read:

Fortnite was named the Samsung Galaxy Store Game of the Year for 2020. In celebration, we’ve teamed up with Samsung to send you a special box of #FreeFortnite gear.

While Fortnite may not currently be available on the App Store or Google Play, you can still get the latest Fornite updates directly from the Epic Games App on the Galaxy Store. Spread the world, #FreeFortenite.

A rather smart way to take a swipe at Apple this time around and in corporation with Samsung.