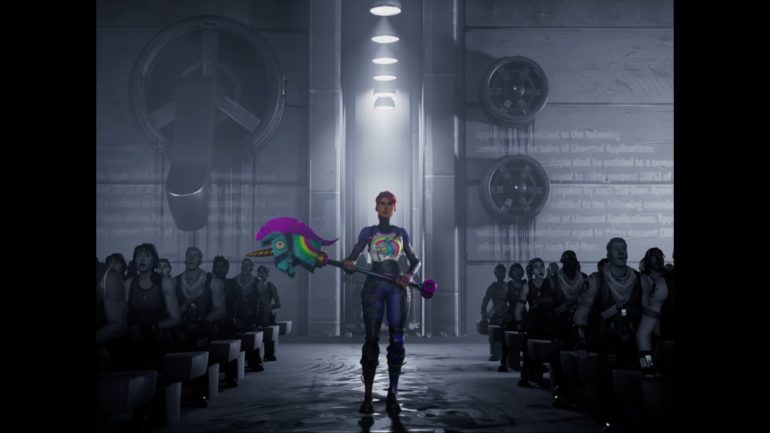 Epic Games has made enemies with both mobile fronts recently and it looks bloody.

Fortnite recently got a new update to its in-game store, which allows players to buy V-Bucks directly. This allows Epic Games to get the full amount instead of having cut by Apple and Google by 30 percent. Admittedly, this was a bold move by the game company.

After a few hours since this change, Apple removed Fortnite off the Apple App Store. Epic Games seemed to be expecting this backlash so they immediately sued Apple and posted a parody of Appl’s 1984 ad. They called it Nineteen Eighty-Fortnite and showed it in-game and on YouTube. It felt like a revolution.

Later that day, Google also made a move and took the game off from the Google Play Store. Also the same move, Epic Games filed a lawsuit against the company. Players, on the other hand, do not need to worry on the Android side. They can still download the game via the Epic Games app or at the Samsung Galaxy Store. The .apk file is still online, so download that and install.

The lawsuit entailed Epic Games being not interesting in cutting a deal or getting compensation for what happened. They want to go to court telling them that Apple’s App Store policies constitute a monopoly.

This will be an interesting bout between Epic Games, Apple, and Android. This could actually change how businesses would run in the future with how things are going.