Everything We Know So Far About Sentience 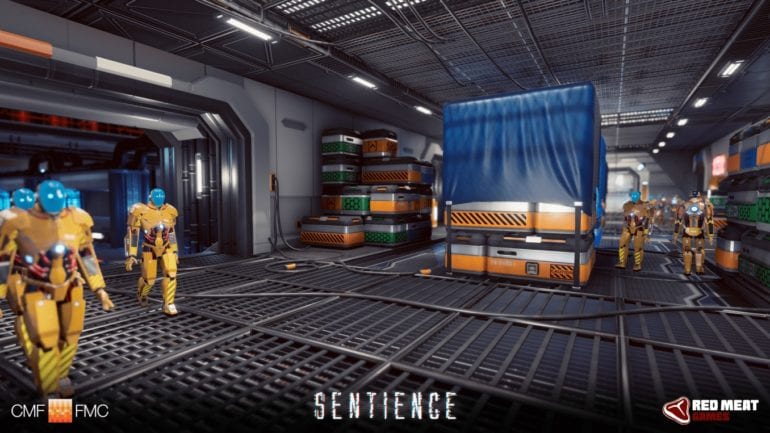 Sentience, the multiplayer stealth game in a sci-fi cyberpunk dystopian Earth, is available in Early Access on Steam for free. Indie game developer Red Meat Games first announced the game back in November 10, 2020. It has since been in early since March 25th, 2021.

In Sentience, humanity no longer exists, and the world as we know it belongs to the Androids. Some androids, however, develop sentience, defying the idyllic automation that holds android society together. You must use your intelligence and blend in with the AI to make your escape, or keep your eyes peeled for AI acting strangely to uphold the status quo.

The game includes team play which enables up to 3 friends to lobby with you and then queue up to play against others.

Sentience is currently available in Early Access and the full version will be available on PC and Consoles (Xbox, Playstation) later this year. The Early Access version includes 6 environments, rogue and sentinel unlocking new abilities, voice packs, and taunts.

Red Meat Games is an innovative technology company that specializes in game design and development, virtual reality and mobile app creation. We have an experienced team of developers with upwards of 15 years industry experience and specialization in their craft. Our talented team can produce anything you need for 2D/3D graphics, programming, virtual reality, and Unity development. We are a creative and dedicated company that can help you create whatever you have in mind.