Slicing up Deadites just got groovier 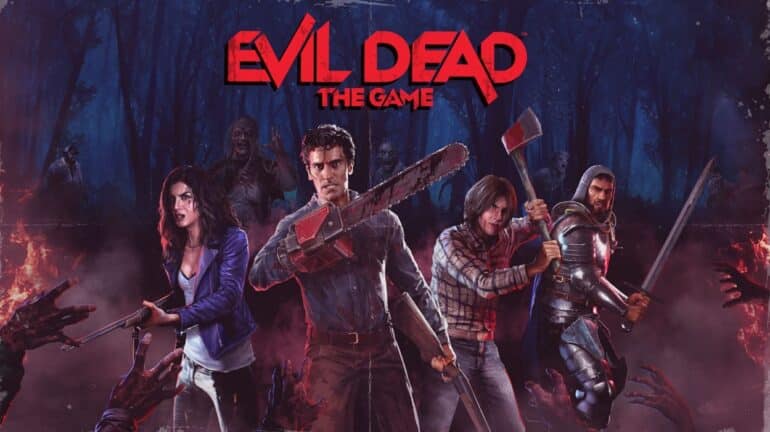 Whaddup, gamers? We’re tackling Evil Dead: The Game review and ho boy are you in for a treat. Evil Dead The Game is another entry into the Evil Dead line of games but plays different than its predecessors like Hail to The King on the PlayStation 1 and A Fistful of Boomstick plus Resurrection on the PlayStation 2, and we’ll get to that later.

Made by Saber Interactive and Boss Team Games LLC, the newest Evil Dead title offers an all-star cast that spans the entire history of the Evil Dead Franchise, meaning that there’s something to love for fans of the movies and/or the TV series that follows the Theatrical Cut of Army of Darkness which has been revealed to be the canon ending.

First off, let’s talk about the gameplay. It has no business being this smooth, as smooth and dynamic as some fight scenes in Army of Darkness and Evil Dead 2. Each battle could be described as a lethal dance that changes with every enemy, making you stay on your toes as you fight each Deadite and Kandarian Demon you encounter a lethal dance where the slightest misstep could mean getting damaged or worse, incapacitated or slaughtered, as tense and smooth as the battle with Evil Ash or even against the one in the court where Ash shoots a Deadite without even looking at it.

In short, the gameplay feels like it’s being directed by Sam Raimi which makes it feel that much more special.

Let me segue for a bit and talk about the Missions. They unlock various neat stuff like other characters (Ash vs Evil Dead TV show characters, from the looks of it) and the Knowby Tapes which provide the backstory for the Evil Dead and its entire history, from the enigmatic logs starting from the discovery of Castle Kandar and in turn, the discovery of the preserved Naturum De Monto (or Necronomicon Ex Mortis, originally) and eventually being pieced back together to the fateful moment the first words were spoken.

This sets the tragedies in motion and even bringing Henry the Red to the game’s current time period, and even possibly bringing each and every iteration of Ash into the woods to make sure everything would come out the way things ought to be before the worst hits, or even if it does, each and every Ash would find a way to blunder their way to victory.

You can say that this is one of the prime examples of being a hero with his own flaws which could lead to one more tragedy to another, and at times, comically as he tends to be quite the inept hero while balancing the line between being a badass and an asshole, all at the same time.

There are a few modes of play on the menu, from online play with other players (PS4 requiring PS Plus and I think the same goes for the Xbox, while Epic Games currently has a sole release on the game, with some fans wishing for a Steam Release).

As previously mentioned, Ash vs Evil Dead is an episodic series that follows the theatrical cut of Army of Darkness where Ash manages to come back to his own time and is working in S-Mart, stuck in a dead-end life, and living in a trailer park, still up to his own thing and being an alcoholic, fed up with a life of fighting the evil whenever it shows up, and how the show is his final acceptance into the role of the Chosen One of the story, and once Old Ash is unlocked, you could see how he progressed and aged, like a pretty good museum of all things Evil Dead like a love letter to fans.

The music, composed by Joseph LoDuca, captures the dark feel and chaos of being in the presence of Kandarian forces of evil, and they’re all out to kill you, and the sheer weight of being either alone or with a small group of people all fighting to survive, either in a cold and dark rainy night or a night out in the sticks and still reaches a massive crescendo if you’re in a group quest to get the pages of the Naturum De Monto along with the Kandarian Dagger, plus the battle against the guardians of the book just feels oh so right from the beginning to end of the battle.

Evil Dead The Game is a groovy game, one that should give you hours upon hours of playtime as you play through its various modes or delve into Mission Mode to know the full truth. In the words of Joe Bob: Four stars, check it out! 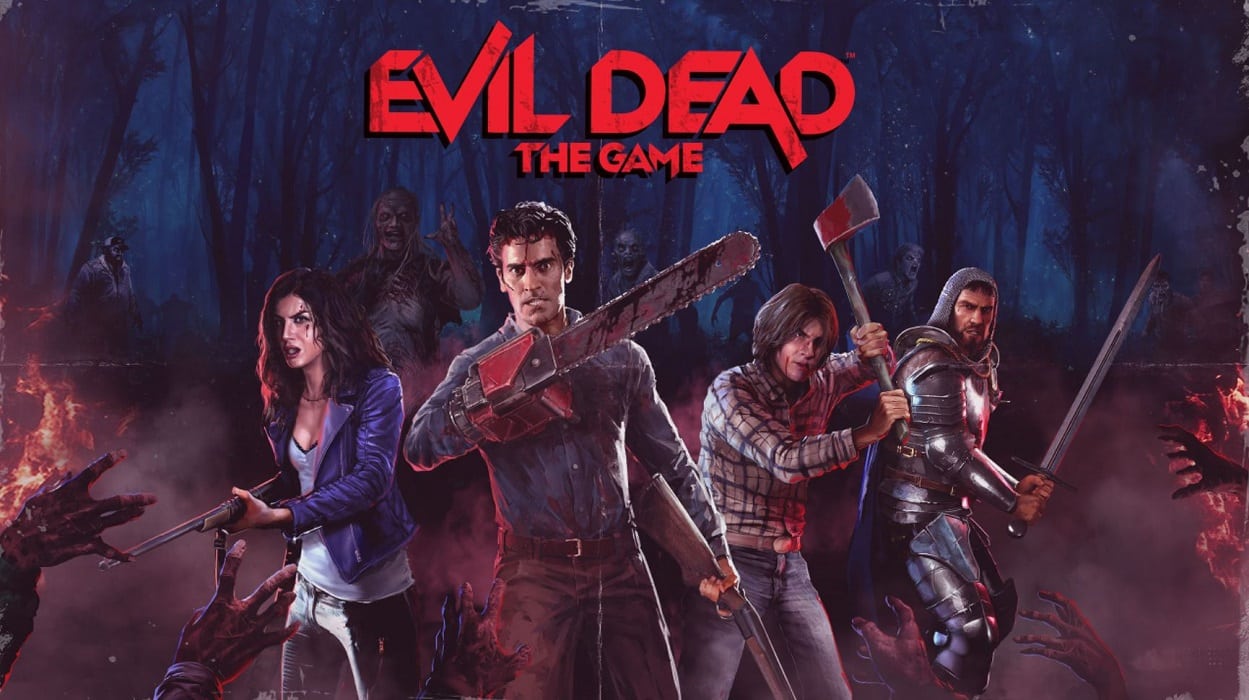 Evil Dead The Game – Review
Score Definition
When the issues of a game are rolled and stomped by its greatness, then it’s something to invest on if you have some spare.
Pros
Smooth combat mechanics ensure that each encounter is fair and can be dealt with.
Mission Mode which unlocks extra characters and gives more depth to game's story.
Cons
Item/Ammo scarcity is at times a bit daunting.
8
Great