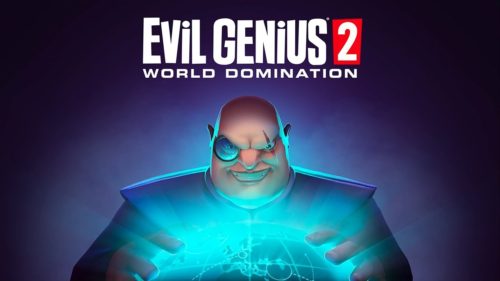 Evil Genius 2, on paper, has all the makings of an incredible real-time strategy game. Fans of lair-builder, simulation video games, when learning about Evil Genius 2, or the first Evil Genius game for that matter, should celebrate with glee as soon as they learn a game like this would be coming out in 2021. While this game has its sky-scraping highs, it also has its frustrating lows. Let’s talk about it.

Evil Genius 2: World Domination is a real-time strategy game by Rebellion. This is the follow-up title to its predecessor that came out in 2004. On a fundamental level, this sequel is exactly what you’d expect from an Evil Genius game.

It is everything the original was. The design, gameplay, even some characters are familiar. The way items materialized in the previous game when building them looked insanely good for its time, and that very same animation only made smoother, is only present in this game.

During my first few hours in this game, around the first 10 to 12 hours, I had an absolute blast. At the beginning of the game, you are given the option to choose between three islands for your lair. Each one has an advantage over the others, but at the grander scheme of the gameplay system, your choice won’t make or ruin your game. What does make the lair interesting is the multi-floors layout. But, before I get to the layout of the entire lair and how you’re able to use it, let’s first talk about how things begin and how the game forces you to progress. At first, though, you’ll be stuck on one floor. The first few hours of the game are essentially the tutorial section.

You will be spoon-fed information upon information, which will seem overwhelming at first. As you progress through the game, however, everything you learn, you will be able to apply smoothly. The game has a decent way of teaching you a certain mechanic, or how a specific minion functions, or what the use of a certain room is, and have the thing the game just taught you to be implemented right away a few moments after. Because of this, each time you’re taught a gameplay mechanic, the game will force you to use that right away. This makes things easy to remember later on.

From that right up to you reach the middle area of the whole game, it will be all ups. This is a game that knows how to use its real-time strategy and lair-building system to close perfection. While the lair you’re given is spacious, you will later realize that it is smaller than you need it to be. So, you will make do. You’ll make adjustments. You’ll sell non-essential items to replace new ones. You’ll try to make everything not only fit but look as decent as possible. Granted, my lair didn’t look the best, but it most certainly worked where function is concerned. All of this is highly satisfying. Building a lair requires planning, and this game forces you to plan. Finally laying out the image in your head and seeing it materialize in the game is nothing short of gratifying.

Later down the line, however, the game’s flaws will begin to surface. This type of flaw is common in a lot of lair-building, simulation games, and it’s unfortunate that Evil Genius 2 also falls victim to this problem. Up to this point, you’ve known what to do, how to do it, and how to adjust because the game had a fantastic system of relaying the information to you. Unfortunately, the game leaves out a ton of highly useful information. For some reason, the abundance of information they decided to leave out of the spoon-feeding session ended up being some of the most important mechanics in the game. This is specifically the problem.

While Evil Genius 2 is very similar to its predecessor, one of the most interesting changes in this sequel is the fact that your lair now has multiple floors. This very aspect of the game was marketed heavily. You’d think the game would seamlessly incorporate it into the progression. This will become an expectation because of how much time the game spends in slowly but surely revealing important mechanics to you. Unfortunately, that’s not the case with this one at all.

The game absolutely misses to let you know how you can utilize the other floors in your base. At one point in the game, you are given a “stairs” item which you can craft on corridors, and you can then sort of put two and two together to realize that this is what you’ll need to access the other levels of your lair. The thing is, though, the game doesn’t tell you that.

The solution for this problem may sound simple, but I’ll tell you why it’s frustrating. First of all, the game spends a lot of time teaching you basic mechanics that are crucial to this game’s overall system. There are important things that the game tells you which you will end up constantly using from beginning to end, but you are being taught one thing to another. At a certain point, you will begin to see a problem you just know has a solution. Because of how the game has led up thus far, you wait for the game to “allow” you to do that solution. One of the examples of this is traps. Time and time again, agents and spies will infiltrate your lair. They arrive, you see them, you know you can construct traps to repel the agents, but you can’t do it yet because the game isn’t allowing you to. This is called hard gating. It is a gameplay mechanic or a progression opportunity that is present in the game, but you are not allowed to do or access it yet because you still have to reach a certain point in the game. Eventually, the game will then give you the option to set up traps, and thus the game moves forward.

Keeping this in mind, since the beginning of the game, you are allowed to “see” the other floors of your lair, but you’re not given the option to construct there yet. As I kept playing the game, I got so close to running out of space and I was waiting for the game to reveal or “allow” me to reach the other levels because I thought the mechanic was simply hard gated.

As it turns out, I could already access the other floors using the “stairs” item. The game did not provide a prompt whatsoever that this was the allowance I needed to reach the other floors. I did not know because I waited for the game to reveal this to me, as it did with every single important gameplay mechanic in this game prior. It is a massive mishandling of information relay, or in this case, lack thereof.

This glaring flaw is such a shame to highlight because once you finally figure out how to link each floor and use every single one, the game becomes drastically more entertaining. You are essentially given a bigger playground to mess around with.

Another thing in this game I absolutely abhor is the inability to unselect a side story once you’ve selected it. I’ve played hundreds and hundreds of games, and this is something I have never ever encountered before.

In this game, there are various side stories you can follow. These side stories will reward you henchmen, loots, items, or other valuables that are essential to the main story. Once you pick a side story, however, the game doesn’t allow you to unfollow that side story until you finish it. This decision is very restrictive considering a lot of the progression in the main campaign relies on other side stories.

Then, there’s the AI of your Genius and minions. For some reason, every single foot soldier that belongs to you in this game is just brain dead. It’s so painfully blatant how artificial they are and it’s unfortunate because it damages the overall gameplay. Unless you personally direct your minions to kill or capture an infiltrator, they will almost always allow them to move around your lair. While this is harmless at first, it becomes increasingly frustrating later on when they start burning items or stealing from your vaults. The Genius is also frustratingly unresponsive, especially during combat. If you decide to use your Genius while dealing with enemies and their health runs low, forcing them to flee is an arduous task because oftentimes, the Genius won’t do what you want them to do.

Finally, there’s the doomsday device you have in your lair. This weapon will essentially be the main tool you’ll use to “dominate” the world. It is an incredibly fun addition to your arsenal. I also like how you still have to do world events in order to fuel the device instead of just being allowed to use it every time you want. It gives you the sense that such a powerful device needs preparation in order to be utilized.

As fun as it is to use this doomsday device, the way it also firebacks on your lair circumvents the enjoyment. Every time I used my doomsday device, it always manages to mess up my lair as well. Various sections of my lair burst in flames. I haven’t encountered a way to remedy this yet, but it made firing the doomsday device tedious for me. That fact is irritating because constantly using the device is necessary later in the campaign.

I’ve talked about how much this game can be frustrating because it really can be a lot of points during the gameplay. However, once you get past all of those, Evil Genius 2 has its good moments.

Evil Genius 2: World Domination has heart and humor which makes for a couple of memorable, chuckle-worthy moments. It can be intensely satisfying when you finally figure out how to do the things you need to do. The game’s music and atmosphere are very well crafted too. This is a game you can sink hours upon hours into, but your experience will be both good and awful, which is a bad thing to experience when it comes to a lair-builder game. It has a ton of quandaries Rebellion Developments will have to iron out in future updates, but for a game belonging to its genre, it’s not necessarily a bad game. However, at times, especially later on, calling it an “enjoyable game” increasingly becomes more and more untruthful. 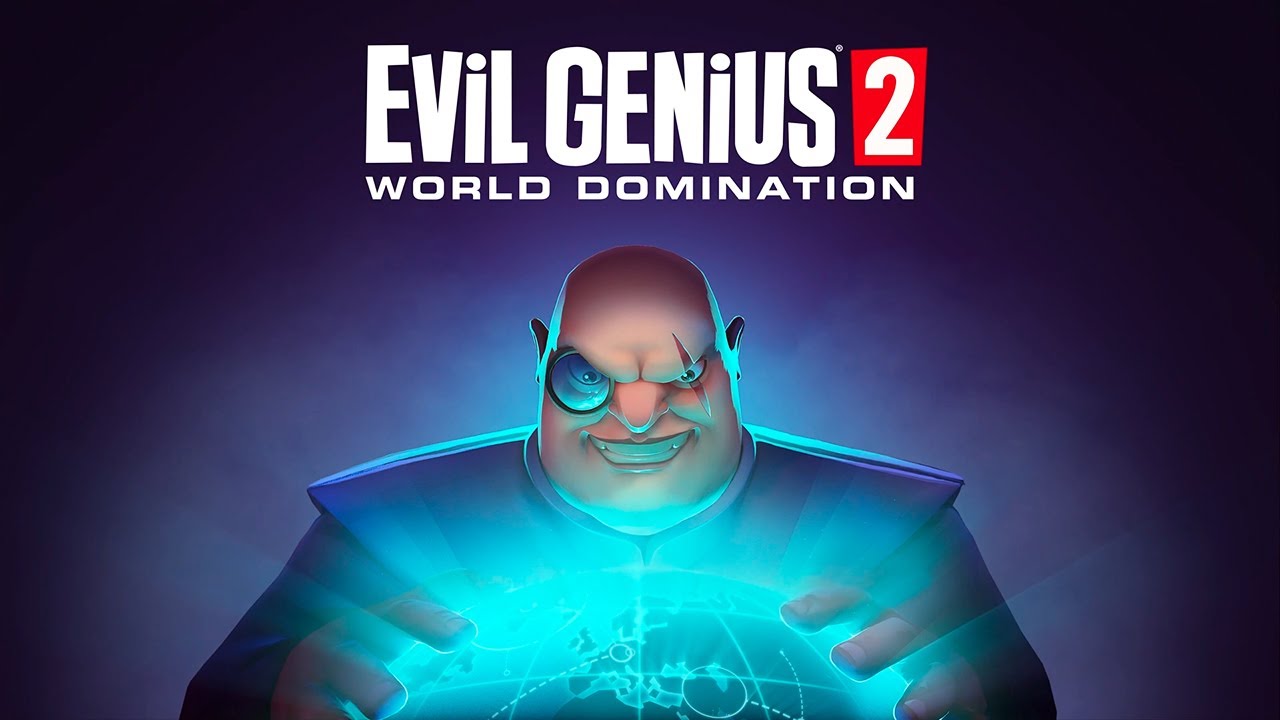 Evil Genius 2: World Domination – Review
Score Definition
You better have to choose if it’s worth spending your spare cash, because it might not be the game for you and it might be for others.
Pros
The gameplay is enjoyable once you get the hang of it
The music and atmosphere is great
The multiple floor lair is an amazing playground
Cons
Broken AI
Certain information isn't disseminated properly to the player
The lair is essentially a firetrap where the doomsday device is concerned
Unable to unselect side stories once selected
6
Justified