Pre-orders have now started too. 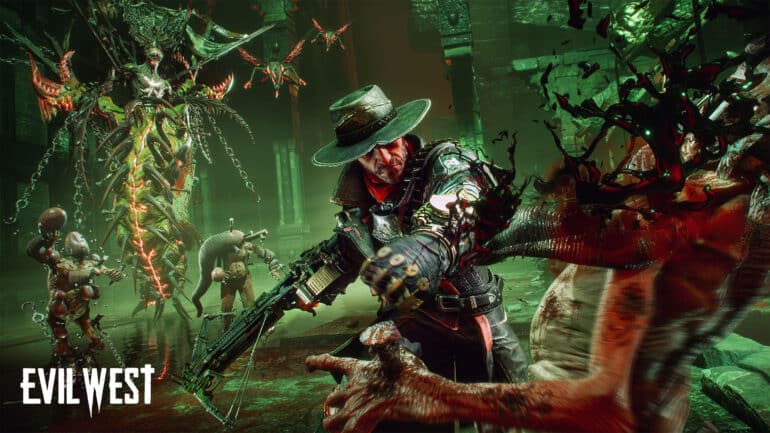 Focus Entertainment has recently released the Evil West extended gameplay trailer together with details of the pre-order and more.

The third-person action game that puts players in the perspective of a vampire hunter rescuing a Wild West devoured by darkness just revealed a new extended gameplay video to commemorate the start of the pre-orders of the game for all platforms. The game launches on November 22, 2022 on PS4, PS5, Xbox One, Xbox Series X/S, and PC. The video fully showcases an early level in the game’s narrative-driven campaign and an additional boss fight.

Discover a cowboys-meet-historical-figures-meet-gothic-horror world of corrupted politics and covered-up vampire situations in which young gunslinger Jesse Rentier and his father’s vampire-hunting organization, the Rentier Institute, play a central part. Then plunge into the heat of the action as the Rentier Institute experiences a major crisis! Fight virulent hordes of bloodthirsty monsters in a burning building, unleashing your old-school rifle and cutting-edge Rentier Institute technology in an explosive mix of shooting and melee combat. The vampire menace hit hard, and it will be up to you to eradicate it!

Evil West launches on November 22, 2022 on PS4, PS5, Xbox One, Xbox Series X/S, and PC. Pre-orders will now be open on all platforms and on the Focus Entertainment Store with exclusive cover art for physical editions. All players pre-ordering the game digitally can get the Wild Wild East Skin Pack, which is included in all physical versions of the game.