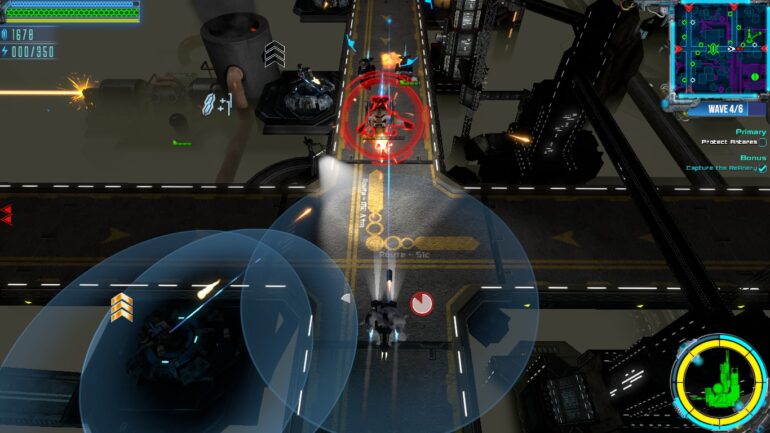 Excubitor is an action-packed shooter game with a little bit of tower defense elements mixed in the gameplay. Under constant development for roughly four years, Excubitor just recently got officially released  in full through Steam. The game boasts its uniqueness in the way that strategy also comes into play by letting you manage your defenses in real time as well.

Set in the far future of humankind’s existence, a research vessel called the Antares based in a mining colony sets out a distress signal. You are deployed out for a surveillance mission and find out that the colony is under attack by their own machines that are being controlled by an unknown entity. It’s up to you to defend the Antares with your ship “Hammerhead” and find out what is causing the chaos. 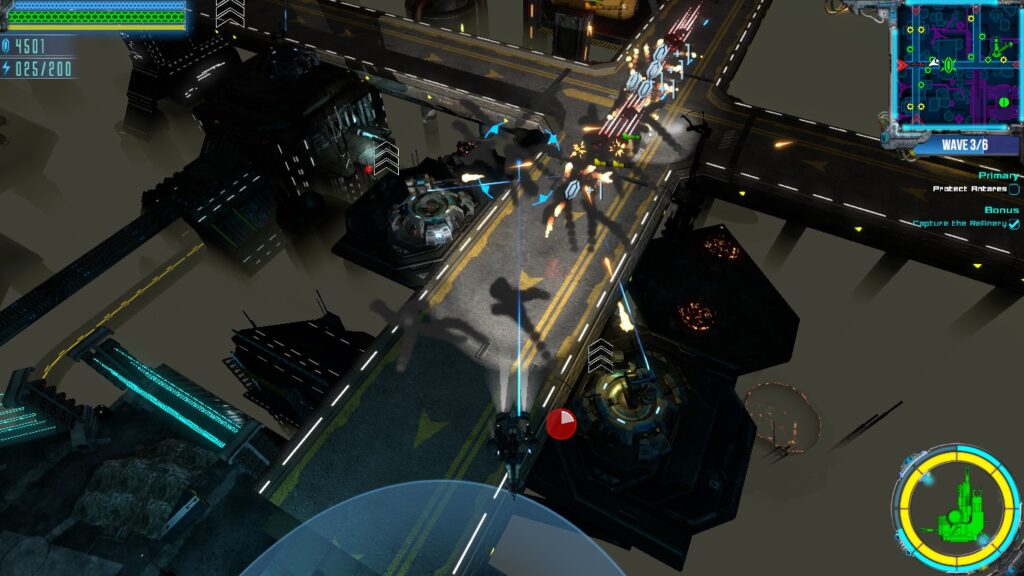 Excubitor introduces itself as a bullet-hell shooter and a tower defense game rolled into one game. It is a pretty intense shooter game but the term “bullet-hell” is negated by the fact that your ship, the Hammerhead, is a pretty tanky ship that can take in multiple hits before getting destroyed and, in dire situations, has to ditch evading bullets and take in the damage for the sake of defending the Antares. Nevertheless, its tower defense part is on point by keeping you busy setting up your defense perimeter with turrets while actively hunting enemies that head towards the Antares.

Customization is also available in Excubitor although it is limited so far with the Hammerhead. Upgrades can be done on the ships specs such as defense and offense as well as what weapons can be used during combat. 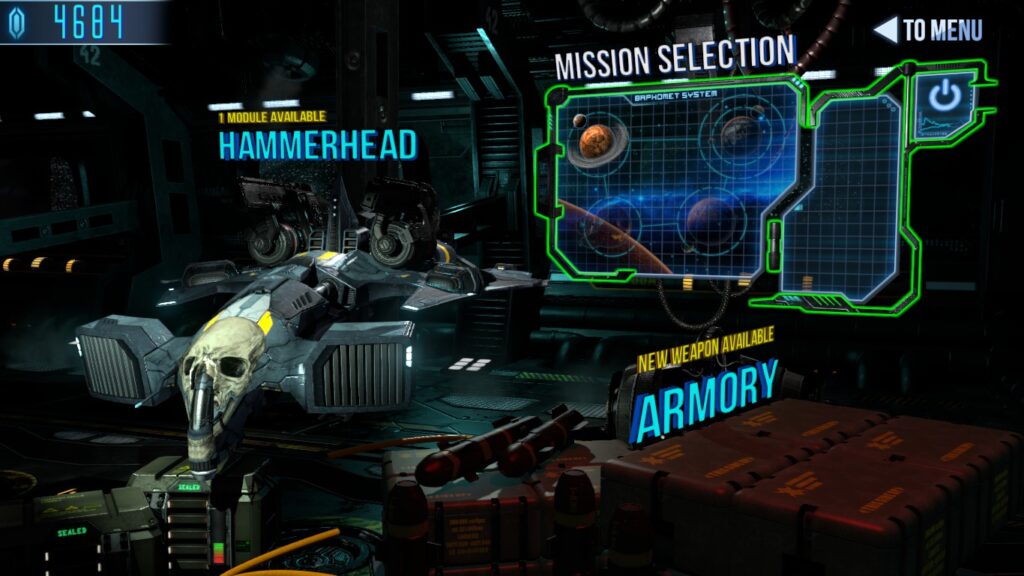 Graphics-wise, Excubitor is pretty well done. The models used for the ships are quite detailed as well as the dynamic terrain and other elements on the map. The physics used in the game is also superb. The visuals really add to the intense feel while in the heat of a battle. Not much can be noted for its audio aspect except that it has some nice voice acting involved in its characters’ dialogue.

Overall, Excubitor really did the execution well between mashing the shooter and tower defense genres together.  Maybe it just had to redefine itself just as a shooter/tower defense game than a bullet-hell type of game and such a compromise with the gameplay is understandable for the mash-up to work.