F.I.S.T. doesn't reinvent the Metroidvania wheel, but does enough to keep you playing. 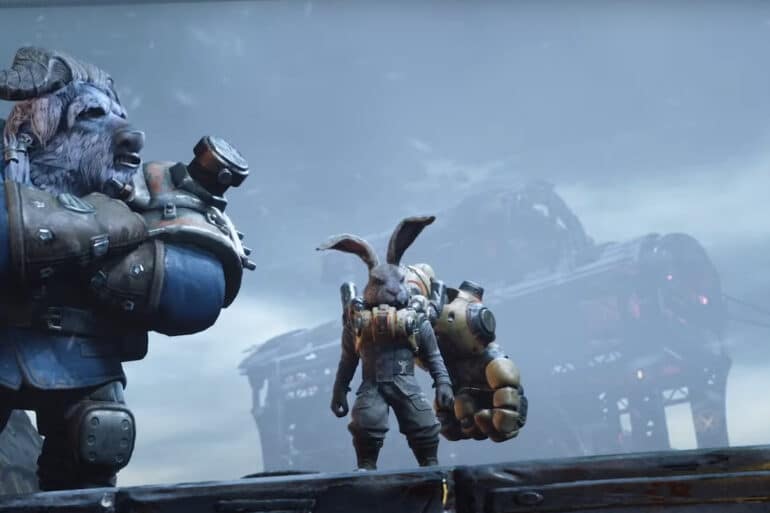 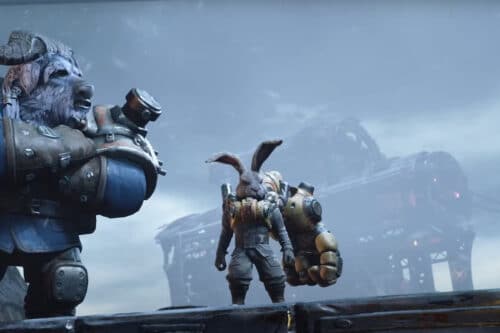 Over the past five years, the Metroidvania genre has been thoroughly inundated with new titles. More and more studios are increasingly tossing their hats in the ring to create a 2D platformer worth your money while building upon the foundations that brought a renewed interest to the genre in the first place. F.I.S.T. Forged In Shadow Torch is yet another in the long line of the Metroidvania new breed and, at a glance, can very look bland and generic. Let’s be honest, F.I.S.T.’s color palette is doing itself no favors. Fortunately, F.I.S.T. is a very well-polished game created by developers who have an excellent understanding of the Metroidvania genre and what it is about these games that make them so entertaining.

F.I.S.T. begins by introducing us to the world of Torch City, a dieselpunk dystopia inhabited by walking and talking furry action stars referred to as “furtizens.” It appears that animated mammals living in an apocalyptic world just so happens to be the theme of games as of late. Our main character is the rugged and brooding rabbit Rayton, a former soldier; believe me when I say that you will never find furry friends as craggy-looking as those here. Torch City is run by the oppressive regime of The Legion, a regime enforced with an army of Iron Dogs. Rayton, equipped with a single, giant, mechanical F.I.S.T. as a weapon, takes the fight to The Legion.

F.I.S.T. features an excellent cast of characters and a detailed, well-thought-out universe in which it presents them. Dialogue is never drawn out or overly expository, and lore is fed at just the right pace to keep you informed between respites from the action. Good thing, too, because sometimes the localization and voice acting can sound a little too janky, but I give a great deal of credit to this small Chinese studio’s localization efforts, all things considered. Overall, F.I.S.T. features a well-done story with enough intrigue and likable characters to keep you invested while you dig into the game’s real meat, which would be the 2D platforming, and its solid combat system.

Level design in F.I.S.T. is what you would expect from a Metroidvania game, which isn’t a bad thing at all. It’s easy to create a boring map with lots of snooze-worthy, uninteresting zones that are a chore to back-track through to tick off the Metroid part of Metroidvania. To create a good world that is fun to explore is the key to a solid Metroidvania but is challenging to accomplish; F.I.S.T. manages to fall into the pocket of good design. I frequently found locked doors that I knew would contain some goodies, and soon enough, I was unlocking that room and collecting my reward. The exploration is paced nicely throughout the whole game, and I was never coming back to too many areas long after they had been revealed to me. Checkpoint terminals are placed at excellent spots, such as right before boss battles or forced combat rooms so that in case you fail, you can walk right over and try again. F.I.S.T.’s design choices are tailored to respect your time, and that is an admirable quality in a time when games are constantly pulling tricks to inflate your playtime.

Possibly the most significant and pleasant surprise I had with F.I.S.T. was the tight platforming sections. Early on, there is a prison level in which the game has you stretch out your platforming legs, and it was some of the most fun I had dodging enemies and lasers that I have had in a platformer as of late. That whole area was the first “Aha!” moment that opened my eyes to the tightly knit and intelligent platforming design that awaits in F.I.S.T. The game relies more on skillful timing and pattern repetition type of platforming than puzzle-based platforming. Granted, platforming mechanics such as wall slides and air dashes are what you would expect from this type of game; still, F.I.S.T. executes these mechanics exceptionally well with a fluid and precise feel.

Rayton sports a giant mechanical fist, which is your primary tool for taking on the villainous Iron Dogs. The main combat functions are light punch, heavy punch, and throw. New combos and skills are unlocked with cash, obtained through defeating enemies, and special disks obtained through exploration. Two additional unlockable weapons can replace the main F.I.S.T. and have their own functionality for world traversal, combos, and enemy weakness. Your weapons of choice are the close-ranged F.I.S.T., mid-range drill, and long-range whip, each with its own branching skill trees and unlockable combos, plus you can instantly switch between them in combat. The game tosses enough variety in its enemies to have you always thinking of new ways to change up your playstyle.

My biggest issue with F.I.S.T.’s combat lies in the boss fights and awkward staggering mechanics. Boss mechanics vary throughout the experience, and you’ll have some cool fights to work your way through; however, each individual boss never changes its own mechanics significantly enough to feel particularly fun. Once you learn a boss’s patterns and telegraphs, the whole battle becomes a cycle of “lather, rinse and repeat.” The staggering mechanics also got me into more trouble than I thought they should, and it’s due to some hard-to-read enemy animations. At times I believed that I had staggered an enemy, and it was open season for me to start wailing on them with everything I had. However, the truth was that the enemy was charging an attack, and I ended up being at the receiving end of it simply because it was hard to tell when an enemy was incapacitated. It would be nice if F.I.S.T. took some notes from other games and implemented some stagger-state announcement above an enemy, it would make the user experience a lot better.

Overall there aren’t many negative things to say about F.I.S.T. Personally, I’m not a massive fan of the dieselpunk aesthetic, but I can appreciate the artwork and detail that went into crafting this world. F.I.S.T. doesn’t revolutionize the Metroidvania genre, but it does polish it to a shine. Tight controls, clever platforming, and a constantly evolving combat system make F.I.S.T. Forged In Shadow Torch a fun and engaging experience from start to finish. 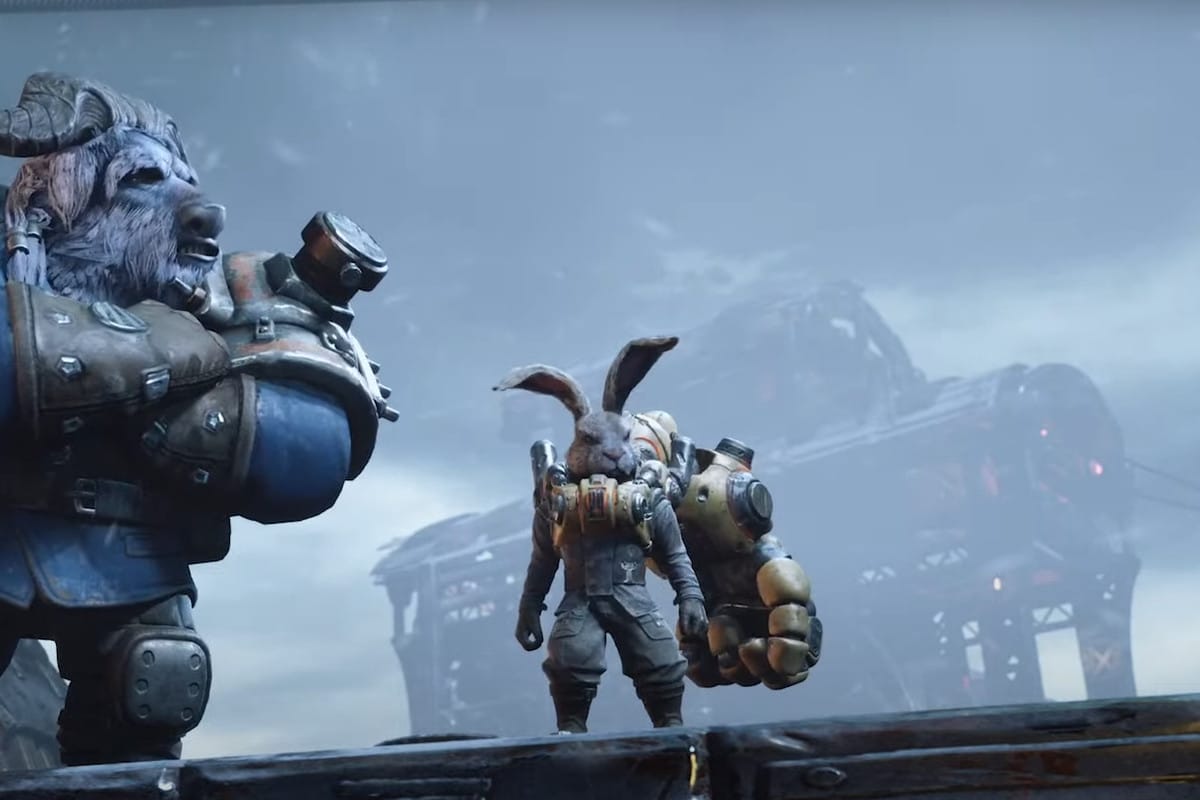 F.I.S.T. Forged In Shadow Torch – Review
Score Definition
When the issues of a game are rolled and stomped by its greatness, then it’s something to invest on if you have some spare.
Pros
Clever platforming and obstacle traversal
Great combat system
Exceptional feeling controls
Well-paced story and progression that respects your time
Cons
Awkward stagger mechanics
Some boring boss battles
Localization sometimes stumbles
8
Great