Coming in for a landing! 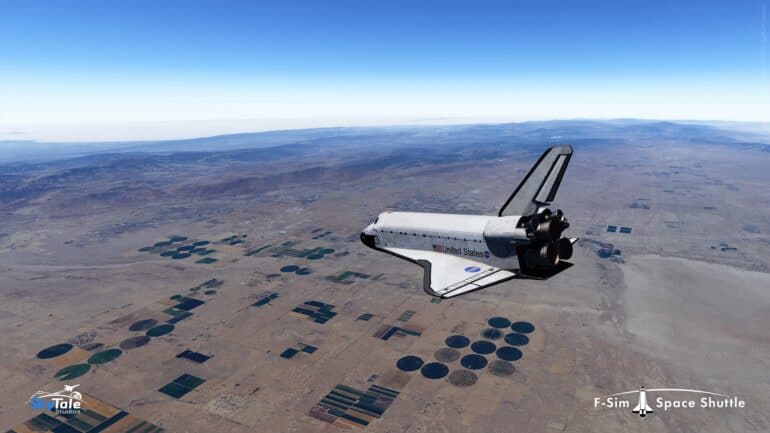 SkyTale Studios are releasing a sequel to their critically acclaimed space shuttle sim, F-Sim | Space Shuttle, one of the best flight simulators for mobile.

F-Sim | Space Shuttle 2 is not just a sequel. It is a complete rewrite, featuring next generation, desktop level graphics on iPhone and iPad.

Tutorials and autopilot assist modes make it easy to get started. Veterans can compete on leader boards and add an extra challenge by simulating system failures, emergency procedures, or difficult wind conditions.

White Sands Missile Range has been added to the two other landing sites, namely Edwards Air Force Base and Kennedy Space Center. The player can also go into orbit, and a full simulation of the atmospheric re-entry will be part of the first of many planned, free updates.

F-Sim| Space Shuttle 2 will be available on the iOS App Store in early August for $4.99 in the US, with no advertisements and no in-app purchases. The Android version will follow soon, and releases for PC, Mac, and consoles are planned.