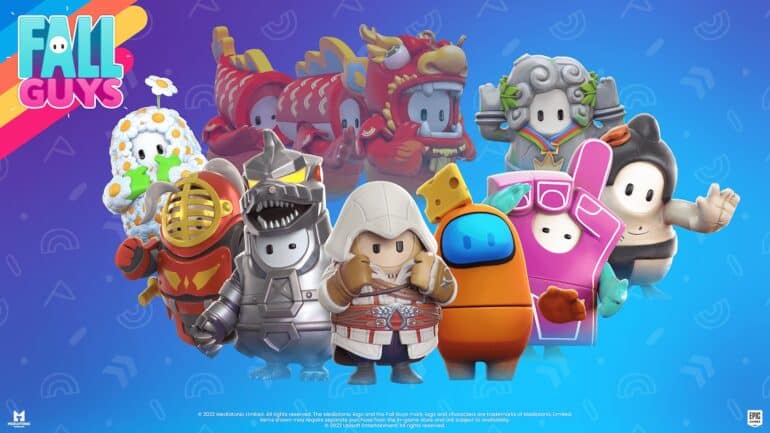 Mediatonic is excited to announce the official launch of Fall Guys Free for All.

Fall Guys Free for All

Fans are sure to be excited of the big launch of Mediatonic’s popular online multiplayer game Fall Guys Free for All as it finally goes free on all PC, Nintendo Switch, Xbox One, Xbox Series X/S, PS4, and PS5. According to the tweet of the official Fall Guys account, the free-for-all version of the game will launch tomorrow, June 21, 2022.

There are going to be some changes though. One of them is Show-Bucks, a new currency for the game. Players can use this to purchase the Season Pass and the Fall Guys Store on items like costumes, emotes, and more. The items that can be purchased with Show-Bucks are of Uncommon rarity or higher.

Get 300 Show-Bucks for free with the progression path and 12009 in the Season Pass. Players can also buy it on the Fall Guys Store.

Kudos will be earned and spent in a different way as well. Kudos will not be rewarded at the end of the matches, but can be earned via events, challenges, and Season Pass.

Kudos can be used to buy Single Costume Pieces of Common Rarity, Common colors, all Nicknames and Nameplates, Common Faceplates, and Patterns.

Crowns will still evidence of gaining the supreme rank of winning a round, but it will not be used to spend on items. It can earn Crown Ranks though and as player progress, more costumes will be unlocked. Crown Shards can still be earned via Challenges and certain Limited Time Modes.

Excited for the launch of Fall Guys as a free-to-play game?