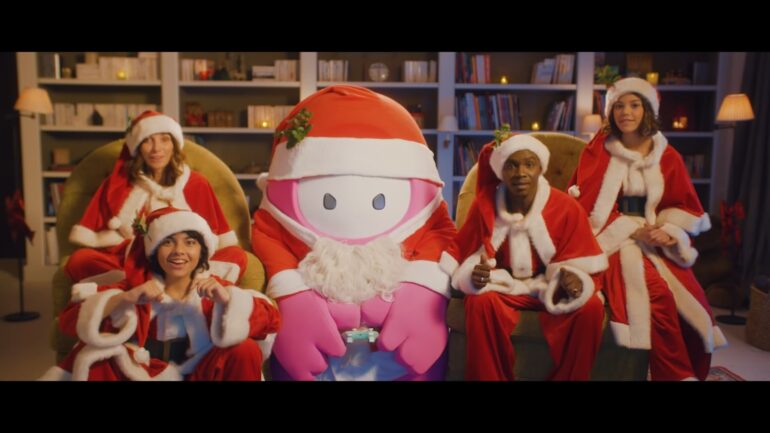 The newest video is a holiday special for the game, which showcases a heartwarming scene of a Fall Guy and a family. It is also hilarious with Fall Guy’s problem with crashing into things due to his nature. They also revealed that there is a free holiday costume now available in-game starting today until Christmas Day, December 21.

Here is the video description:

Fall Guys: Ultimate Knockout Season 3 decks the halls with wintry wonders today, delivering a flurry of festive mayhem, including new rounds, dozens of fresh costumes and a whirlwind of new features that are truly the snowy peak of Fall Guys tomfoolery! Be sure to wrap up your beans and get ready to slip, stumble and slide your way to the crown!