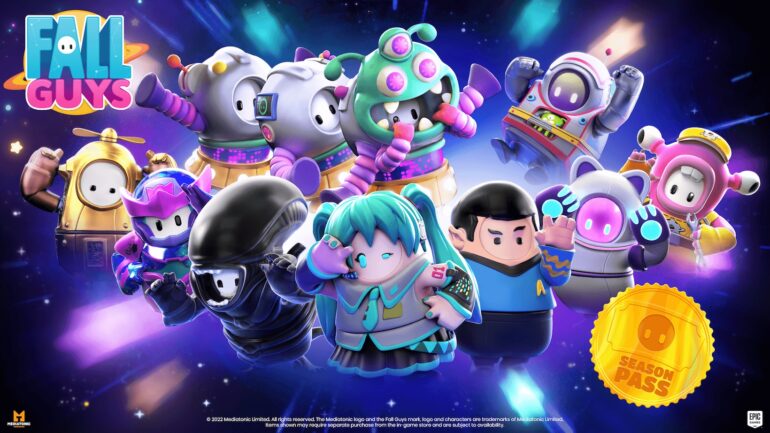 Fall Guys Season Two Satellite Scramble will be released on September 15, 2022. The theme will be space. Players will be enjoying space-themed trials, costumes, and more when this comes out.

There are several new modes when Season Two drops. Tiptoe Finale is a mode where players team up with other players up to four other squads. Starchart will have players navigate through invisible paths. Space Race will be a Gauntlet mode.

There will be a new season pass that will introduce 100+ levels of costume, emote, and celebration unlocks. The costumes will include Xenomorph, Spock, and more. There is a free track to choose from for those who do not want to buy the season pass.

Players can also earn rewards by repairing, rebuilding, and redesigning the Fall Guys satellite found in the arenas. Check them out below: