Season 3 is upon you! 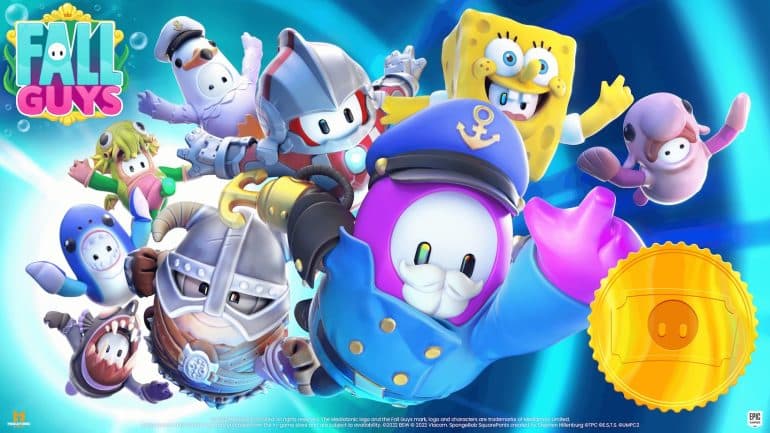 Fall Guys Sunken Secrets is Season 3 of the popular online multiplayer game and this time it will be set underwater. The beans will be exploring the Lost City starting on November 22, 2022. Players will encounter the dangers of the deep including wonky obstacles and the tentacles of the kraken. There are some colossal slime slides.

There are new additions too like the Time Attack Shows that include Time Attack Trials that run every Friday to Sunday throughout the Season. Players can earn two full costume variations via new Marathon Challenges.

Players will be introduced to the seabound world of Sunken Secrets. Dodge Kraken tentacles and pull off the ultimate Dive Slide in the five new Rounds.

Blastlantis is built from the wrecked ruins of an old obstacle course. Stay afloat on the tilting pathways while getting pelted with Blast Balls.

The successor of Skifall is Hoop Chute which requires players to do the ultimate belly flop to win the race. Players will be doing the Dive Slide down the slick path and weaving through hoops to gain points. Golden hoops have triple the value.

Puzzle Path has four labyrinths for players to navigate through. Follow the lines, avoid other players, and make it to the finish line. Be careful as the route is not the same as your previously thought.

Kraken Slam has rafts that keep players afloat. Some tentacles will appear from the depths to attempt to smash players while others will be jumping from one raft to another but will cause holes to form underfoot, which will allow more tentacles to rise. Avoid them for the win.

Speed Slider lets players slide with their bean tummies. Slide down the round, avoid obstacles, and hope to be the fastest bean tummy.

The new Season Pass offers 100+ new levels that include Costumes, Emotes, and Celebrations. It features tons of outfits and unlocks from SpongeBob Squarepants, the Dovah-bean, and Ultraman. There are also other unlockables on the free path if players do not opt to buy the paid path.

There are other SpongeBob SquarePants costumes to acquire like the Gary the Snail’s Meow Wearable, Patrick Costume, Sandy Costume, Mr. Krabs Costume, and the Squidward Costume. These costumes will be available on December 1, 2022. There is the Bubble Bowl Performance Celebration, new Patterns, Nameplates, and Nicknames.

The Let’s Get Kraken event starts on November 29, 2022 and it will have nice rewards for players.