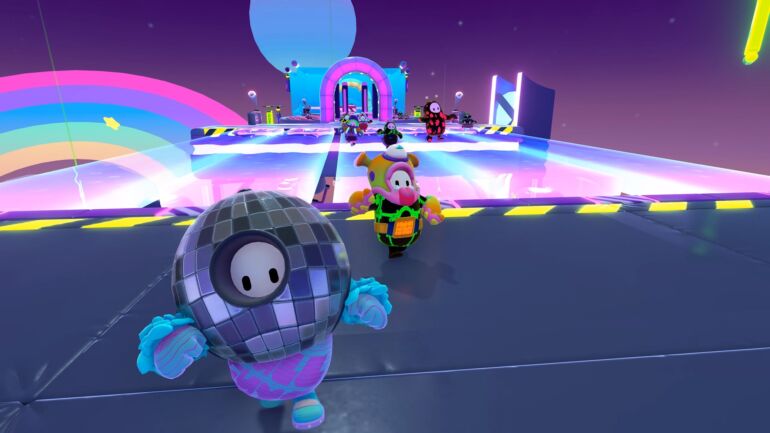 Season 4 is now available on PC and PlayStation consoles. Players will be able to don the costumes of astronauts, aliens, and funky skins. The new sci-fi inspired Season will be packed with seven new Rounds, challenges, costumes, and features.

New Feature: Squads Mode. Qualify together as a Squad of 4, with your whole Squad claiming victory if any of you win the final Round.

New Round Type: Squad Race. Score points for your Squad by crossing the finish line—the higher your position, the more points you earn. The lowest scoring Squads get eliminated, so every Squad player’s performance matters.

New Round Type: Squad Survival. Stay out of that slime and earn precious points for your Squad. The lowest scoring Squad gets eliminated, so feel free to target opponents and throw them off their game.

New Feature: Daily Challenges. Eager beans can log in each day to receive new Challenges to complete, with the opportunity to earn bundles of Fame and Crown Shards.

New Currency: Crown Shards. Earn 60 Crown Shards to transform them into a shiny new Crown. Collect Shards through Challenges and Squads, and check your balance in the Show Selector screen.

Fall Guys: Ultimate Knockout is now available on PS4 and PC via Steam. It is also playable on PS5.