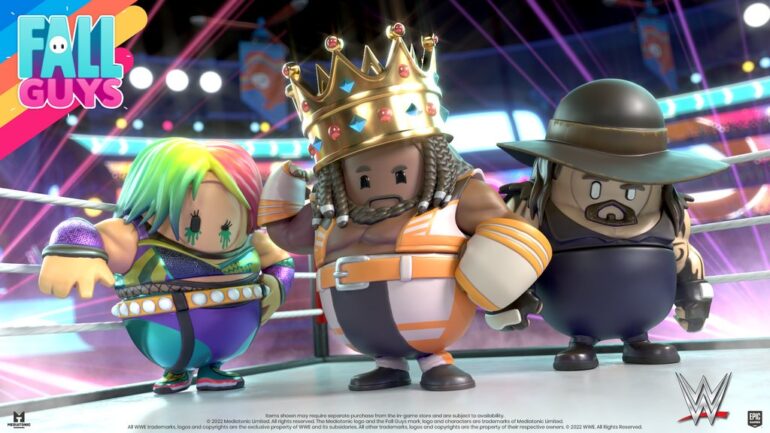 Fans of WWE and playing Fall Guys will have a grand time with this new crossover event they are having today. Three super stars from WWE will be Beanified for Fall Guys this time around as part of the cross-promotion for WWE’s annual Summerslam event. The three wrestlers are Asuka, Xavier Woods, and the legendary Undertaker.

Availability of Costumes in Store

All Beanified versions of the wrestlers will be costumes to collect from the Fall Guys store. They will be available starting from July 28 to August 1, 2022.

Aside from the costumes of the three iconic wrestlers, there are other goodies to collect as well like nameplates, celebrations, and more. Check them out on the Fall Guys Store in a few days.