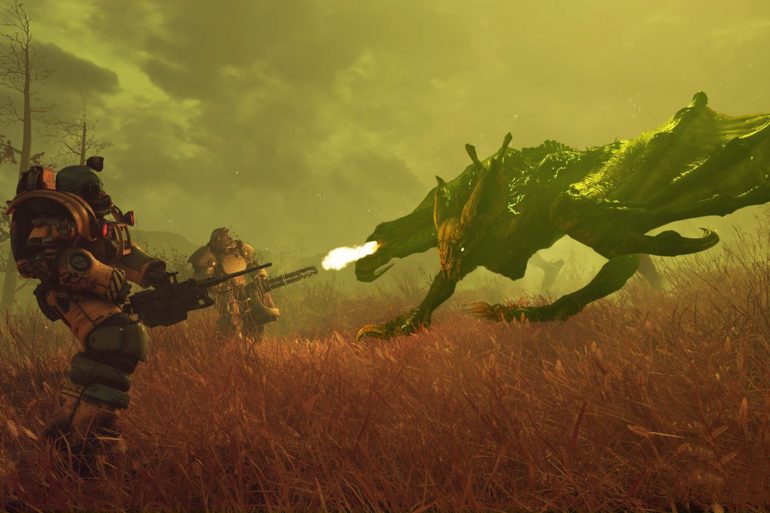 The game that almost nobody likes and has been nothing but a disappointment since the day we were plagued with it. Fallout 76 might have single-handedly ruined Bethesda good will with its playerbase. And yet, despite that there are players that are still willing to play through this live-service generic chaos of a role-playing game.

Despite the incredibly poor reception 76 first had when it was released, there might be a promise of a better future for the game. Wastelanders might just be the update Fallout 76 needs to turn itself around. While the update isn’t here yet, Wastelanders does promise to bring NPCs proper, dialogue options, and story missions.

Now Wastelanders was supposed to be released back in 2019, but the game has since had massive delays when it came to its promised updates. But players can finally experience a new Fallout 76 this April 7th.

We have a plan. We have a roadmap that we’ll be sharing before too long, probably after Wastelanders. Let’s get through Wastelanders and then talk about that. That will cover all the way through the end of this year.

Will Wastelanders truly turn negative opinion on Fallout 76? It is a long shot, but it would be the first right steps Bethesda did in a long while. Considering the stigma they’ve received due to unfulfilled promises and fake advertising, it is clear that Wastelanders won’t fix every flaw the game has. But it’s a good start.