Some of these items are one of a kind and can't be bought anywhere. 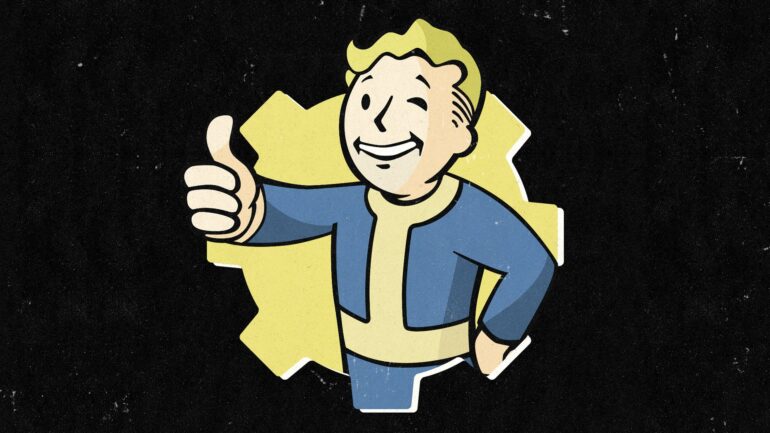 Big Fallout fan has recently shared the top 20 items that he has in his collection and the stories behind each one.

Chris Vanscoyk aka @thefalloutcollector on TikTok had one of his awesome Fallout collection videos featured in one of our articles last night. He reached out to Sirus Gaming and thanked for us making the article about his collection. It was a really impressive collection and there were so many rare memorabilia in there that it was needed to be shared to the world.

Sirus Gaming then asked if it was okay to share what Chris’ favorite collectibles were from his massive hoard and maybe some details about them. He shared a list of 20 of items to us and better yet, the stories behind each of these rare finds.

Here are the collectibles he shared:

1 – Nuka Cola Pick-R-Up Die-Cast Truck by Wand Company – Way back in 2018, Chris and his good friend started a Facebook group called Fallout Collector’s Vault and one of the moderators had a contact with the Wand Company. They agreed to make a truck exclusive to theirs and only 111 units exist in the world.

2 – Lime Green Fusion Flea Die-Cast – Another item that he got from the Wand Company where it was a limited edition item that only GameStop managers who sold off a certain amount of Pip-boy replicas and was limited only to 250 units. He shared a post showing off his flea collection, but it was missing the lime green one. The owner of the Wand Company offered to him his item and was the pre-production #1. It can now go up to $3,000 if sold.

3 – E3 Lunchbox – This was only limited to members of the press that attended the 2008 E3 conference and was different from the Collector’s Edition version. It has silver on all sides with a glossier finish on the art, front and back. This particular item is the one seen in the original live action Fallout trailer on the kitchen table. He revealed that he is not sure if it is actually the one on the trailer, but it has a similar design.

5 – Fallout New Vegas Standee – The Fallout Collector had two versions with the first one from GameStop, but he had financial issues going on and had to sell it. The one he has now was purchased for only less than the original, but at a cost of accidentally driving through a blizzard in a 2013 Mustang! He had to go through the whole trip for 16-hour round trip instead of 8 hours. There were accidents along the way and had to urinate in water bottles due to the long traffic.

7 – Fallout 3 Collector’s Edition – This was the exodus of Chris’ collection because it was the first collectible he purchased.

8 – Clear Glass Mug with Vault Boy Head Molded Inside – A prototype that never got produced officially because it was too fragile. From what Chris says, this is the only one in existence and he is the only one that has it. He got it from an ex-employee from Bethesda Gear store who was purging their personal collection. Real story: the head inside the mug was actually molded from an actual Vault-Boy bobble head.

9 – Red Rocket Pip-Boy with Radio Module – He got it from the Wand Company and only 500 Pip-Boys exist with 200 of those with radio modules.

10 – Orange Racing Flea – Again from the Wand Company with only 300 exists and his first die-cast model. At first he was hesitant to buy it, but now it is a very valuable item.

11 – Threezero Nuka Cola T-51 Power Armor Set – He says that the detail of these Threezero figures is fantastic. We’ll take his word for it!

13 – NZXT Nuka Cola case – Only 2000 units were made and one of the items that Chris gets asked on where to find these than most other things for some reason.

14 – Simtek 1000 – A Viewmaster 3D which features screenshots from Fallout 3. It’s another E3 exclusive item that was only given to press. He thinks “it’s an oddball collectible”.

15 – Nuka Cola Mini Fridge – A Christmas gift that Chris’ little sister gave to him. It now sits under his desk and supplies him with cold beverages while he works/plays at his computer.

16 – Vault 77 Vault Boy Hand Puppet – A PAX exclusive item and Chris particularly loves Vault 77, which is the reason for loving these little additions to the collection. He even revealed that he has the Vault 77 puppet with hoodie set, which is a different than the PAX version. It is only limited to 777 units.

17 – Thinkgeek Bluetooth Pipboy – The one that he got is of working condition since most of the early units are prone to get damaged. Chris uses it for some of his TikTok videos.

18 – Fallout New Vegas Chrome Sign – It was sold on the Bethesda Gear Store and he just likes the design. He talked with the owner of Chromedomez who made the sign and it was revealed that only 100 units were produced.

19 – Fallout Anthology Collection Inside a Mini-Nuke – Chris loves that it has a button that can be pressed, which would play an in game sound of one going off. “CHA-CHING!”

20 – Lucky 38 Poker Set – The admin team at FCV got a sneak peek of this set and they got their input in making this. It was kinda cool for them.

A little tidbit about himself that Chris shared to Sirus Gaming: he currently works 80+ hours a week, which is the reason that this room is a bit of an “escape from everything” for him. When he finds the time to sit in this room and just relax, he feels like it was all worth it.

The Fallout Collector definitely is living his life collecting the best memorabilia and merchandise from the game series he loves, the Fallout series. Thank you for sharing your stories Chris and hopefully more collectibles are coming your way!